Tips to develop an executive presence

These traits will help you climb to the top of the ladder. 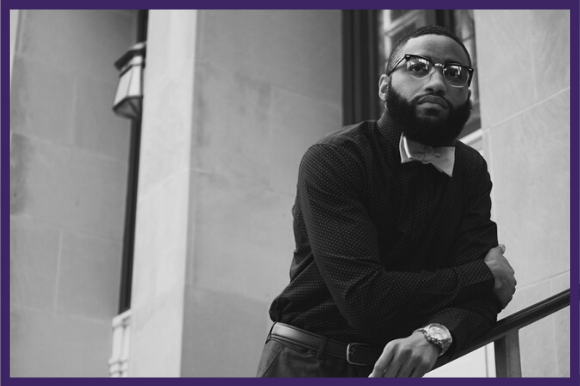 Executive presence can be learned.

Whether you’re a few (or many) years away from the corner office or you’re already established in the C-suite, it’ll benefit your career and relationships to develop an executive presence. That doesn’t mean you have to have a fancy watch, carry a briefcase, or have a fat expense account. Executive presence has far more to do with what’s on the inside.

What exactly is executive presence?

Basically, executive presence refers to a type of comfortably confident energy that guides your behavior. You carry with you a blend of composure, talent, and maturity that helps you make smart decisions, inspire others, and power through difficult times.

“Workers who have an executive presence have the highest potential for advancement,” says Carol Lempert, a keynote speaker and leadership expert. “When they speak, people listen. When they offer advice, people follow it.”

By adopting these behaviors, you’ll develop a powerful executive presence that will help you climb the ranks.

Your appearance counts—that’s a fact. But you don’t necessarily need a three-piece suit or a designer dress to be convincing. You simply need to look neat and put together. “Work attire depends on the culture of your company,” Lempert says. “Look around your organization and see what the executives at your company are wearing.”

Los Angeles executive coach Libby Gill agrees that there are no hard-and-fast rules for what to wear. “I’ve seen executives at media companies who have visible tattoos, and it’s OK because it’s considered a mark of creativity,” Gill explains, “but there are other places where you’d want to conceal your tattoos, such as a bank.”

Stay on top of industry developments. Spend time understanding what issues the top minds are discussing and predicting about the current state of business affairs. It’s true that knowledge is power. Furthermore, it will help build your own confidence.

To that effect, you’ll have to stop using filler words such as “um,” “kind of,” and “like.” “I refer to them as minimizers, since they detract from what the person is saying,” says Lempert. “Practice pausing between your ideas when you’re speaking, don’t string your sentences together, and don’t talk fast.”

“Being succinct is a mark of a great leader,” Finn adds. “You have to be able to communicate with people in a clear, crisp manner.”

Your nonverbal communication skills can either support or undermine what you say when speaking with others, says Eileen Finn, a New York City-based executive coach and executive recruiter. “People automatically form positive or negative opinions of someone based on a person’s body language,” Finn says.

In addition, “use hand gestures to emphasize your key points,” Lempert recommends.

During stressful times, like amid layoffs or low quarterly earnings, employees will be looking for some bright spots. Someone with an executive presence won’t throw gasoline on the fire. Instead, they’ll stay calm and collected.

Learn how to process (and deliver) bad news in a way that doesn’t completely deflate you or those around you. Be sure to mention opportunities for recovery and

The good news? “You can learn how to hone your composure,” Lempert says. “Some executives do yoga, some do meditation.” Find what works for you.

Employees rise up not just because of the quality of their work but because of the confident way they carry themselves. Need to amp up your confidence? Start putting your body through a series of “power poses,” advises Leonard Lang, an executive coach with Minneapolis-based Beard Avenue career coaching. These poses—such as putting your hands behind your head with your elbows out, or standing in a victory pose with your arms in the air—can have a biochemical effect on your mood and boost your confidence, he says.

Know when to step back

Listening skills are equally important. An executive presence is not an overbearing one. “Effective executives know when to be silent and listen closely,” Gill says. “Sometimes, you have to pass the baton and let someone else speak up.”

Round out your professional skills

Executive presence isn't limited to executives. Admins, temps, and entry-level workers can all develop the traits that make others take note. Part of chiseling your executive presence entails consistently looking for new ways you can be doing your job better. Need some help with that? Join Monster for free today. As a member, you'll get management insights, career advice, and practical leadership tips that will help you look, sound, and act like an executive—and become one.