8 books on race in America you should read right now

Educate yourself on a topic that's as old as the United States itself. 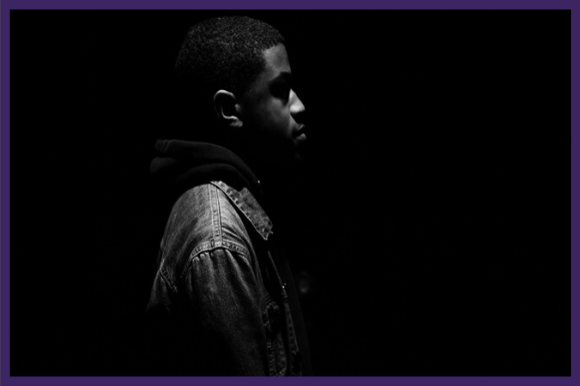 These books uncover the complexities of race in America.

With demonstrations continuing around the country, George Floyd’s death has touched off the largest U.S. protest movement since the 1960s. if the recent protests have you eager to gain a deeper understanding of the complexities of race in our country, we’ve put together a reading list of eight books on racism—many of them classics of literature, non-fiction, and sociology, and all written by black authors.

The recent outcry has triggered intense debates around police brutality, the role of the U.S. military, and the methods employed to break up groups of largely peaceful protestors. But underlying each of these (along with the demonstrations themselves) is an even more charged discussion of what it means to be black, what it means to be white, and the vastly different set of rules applied by our society and institutions.

Of course, that conversation is nearly as old as the United States itself. Educate yourself with the titles below.

Their Eyes Were Watching God by Zora Neale Hurston (1937)

Novelist Hurston’s best-known work was rejected by critics in its time for its use of a fiercely independent black female protagonist. Today, it’s regarded as one of the classic novels of the 20th century. While the story focuses on relationships within the black community over themes of inequality, it provides an essential look at life as a young black woman in the post-slavery South.

This collection of two long essays by poet, novelist, and playwright Baldwin was published in the early days of the civil rights movement, and still offers a searing examination of America’s legacy of racism. Drawing heavily on Baldwin’s personal experiences, it’s full of insights (including his thoughts on police intimidation) that resonate powerfully with the current moment.

In 15 works dating from 1976 to 1984, feminist poet and essayist Lorde covers the intersections of racism, sexism, and homophobia with lyrical, precise prose. In her time, Lorde’s writing helped create a space for black LGBTQ voices, and this collection remains the best introduction to her work.

Published during the Obama presidency, The New Jim Crow’s look at the racial underpinnings of mass incarceration provided a counterpoint to the notion that America had entered some new era of colorblindness. As its title calls out, this book on racism draws a sharp parallel between discriminatory practices of the modern criminal justice system and the segregation laws of the 19th and early 20th century.

Between the World and Me by Ta-Nehisi Coates (2015)

A huge critical success upon its publication, Coates’ book (framed as a letter to his 15-year-old son) grapples with racial violence, historical injustice, and the modern realities of the black experience. The fact that it provides no easy answers is ultimately one of its greatest strengths—and at under 200 pages, it can be read in one or two sittings.

White Rage: The Unspoken Truth of Our Racial Divide by Carol Anderson (2016)

This book of nonfiction is among the best modern examinations of institutional racism, charting how inequality has been codified into law from the Civil War up through the present day. While Anderson is an academic, she writes in an approachable manner that shows how our society has been shaped by racism in dimensions that are overt as well as more insidious.

The epidemic of police violence against black bodies is powerfully broken down here by Butler, a former federal prosecutor. His writing doesn’t shy away from the brutal realities of these abuses of power and provides important context for the protests that have erupted in the wake of Floyd’s death.

Conversations in Black: On Power, Politics, and Leadership by Ed Gordon (2020)

Veteran journalist Gordon’s book is a virtual who’s who of some of today’s most prominent black voices, featuring interviews with luminaries ranging from Black Lives Matter co-founder Alicia Garza to activist and Run the Jewels rapper Killer Mike. The variety of perspectives gives it the feel of summit on black leadership, touching on some of the most important topics of our time.