5 yoga moves that will reduce your work stress

Kristin McGee, author of the new book ‘Chair Yoga,’ sat down with Monster to show us a few simple poses that can help you get your “om” on in the office. 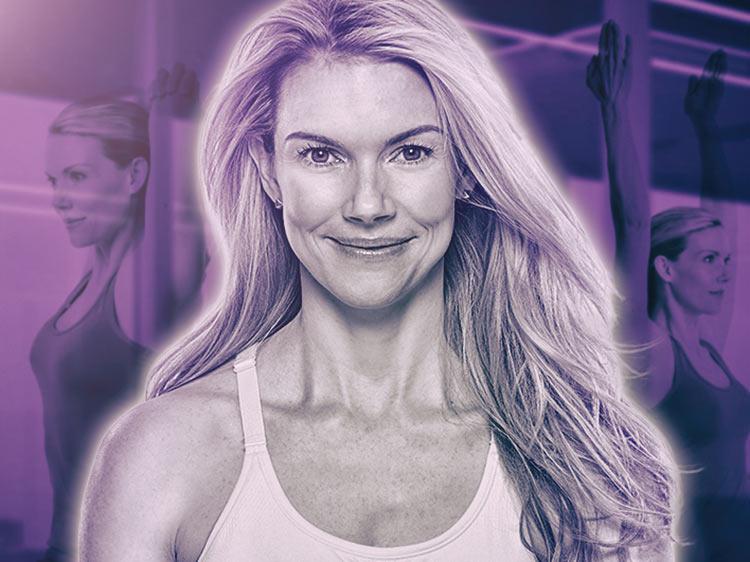 Sitting at a desk all day might not seem as strenuous as, say, running around a busy restaurant waiting tables or standing at a chalkboard in front of a classroom full of students, but as any office worker knows, chairs aren’t as comfortable as they may seem.

For example, after clocking in a few hours in your chair, you’ll start to notice your back and neck cramping up from being hunched over your computer screen. Maybe you’ll feel your wrists tightening from hammering out email after email. And after a full day of sitting, your legs will definitely begin to feel like they aren’t attached to the rest of your body.

Maybe that’s why yoga is becoming such a widespread practice among U.S. workers. According to a recent study conducted by researchers at the University of Miami, yoga practice has nearly doubled from 2002 to 2012, from 6% to 11%, and meditation rates have increased from 8% to 9.9%. The study, which surveyed adults on whether they had participated in specific activities in the last year, revealed that people with jobs are more likely to practice yoga than those who are unemployed, as approximately 1 in 7 workers reported engaging in some form of yoga or meditation.

We get that you might not have the time (or, let’s be honest, funds) to sign up for yoga classes, and you probably don’t want to roll out the yoga mat in the middle of your office, either. That’s why Monster went live on Facebook with New York City-based yoga and Pilates instructor Kristin McGee, author of a new book, Chair Yoga: Sit, Stretch, and Strengthen Your Way to a Happier, Healthier You, who explained some of the benefits of doing yoga at work and demonstrated a few simple moves you can do right in your chair.

If you missed it (or just forgot how to do one of the poses), you can still watch it on our Facebook page or check it out below. But in the meantime, we’ve outlined a few key takeaways.

As we said above, sitting in a chair for an extended period of time is no walk in the park. Taking into consideration all of those long hours you spend hard at work, not to mention the high rate of burnout, McGee says yoga is a great way to connect your mind to your body, learn how to manage stress, stay active and prevent burnout.

“Meditation, especially, really helps us stay concentrated and focused at the task at hand,” she says. “When you’re in that Zen-like state, you’ll actually get a lot more done and you’ll be more productive, less stressed and just feel better.”

As you incorporate yoga into your workday and begin to see its effects, yoga then becomes something you look forward to, McGee says, which, in turn, makes being at work a more pleasurable experience.

When should you practice yoga?

Whether you just have time to sneak in 30 seconds or can devote a full 10 minutes, McGee says how long you practice is totally up to you and your schedule. For best results, she recommends sprinkling the moves in throughout your day.

As you start to incorporate chair yoga into your daily routine, McGee says you’ll be able to determine what works best for you.

Who can do yoga?

Whether you consider yourself a yogi or you’ve never stretched in your life, any worker—desk-bound or otherwise—can do yoga.

The University of Miami study found that blue collar and service workers are the least likely to practice yoga, but McGee says that doesn’t have to be the case.

“Yoga is portable,” she says. “That’s the great thing about it: You can do it anywhere, and all types of workers—chair or no chair—can incorporate yoga into their workday.”

In our video, McGee outlines some discreet poses from her book, such as eagle legs and wrist stretches, you can do, so you don’t have to get weird side-glances from your co-workers as you transition from downward-facing dog to upward-facing dog then directly into Warrior II on the sales floor.

But should your co-workers take notice, McGee says she often finds that they will end up wanting to join you.

“Make it fun,” she says. “See who can hold a tree pose the longest. Yoga is playful, and it’s great to bring that work.”