Coffee lovers, turn your cup o’ joe into a job

We’re spilling the beans on the top companies—and cities—hiring in the coffee industry. 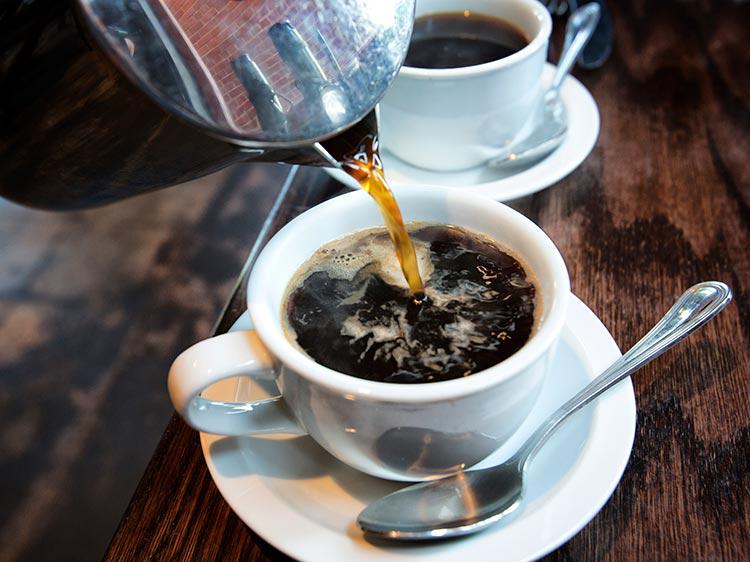 For coffee lovers, every day can be considered National Coffee Day. But today, we raise our mugs in honor of this life-fueling beverage.

Regardless of whether you’re more of an “iced-caramel-macchiato” or a “five-cups-of-dark-roast-hold-the-cream-and-sugar-type” of person, you share this one thing in common with 85% of Americans. You begin your day by making some form of the coffee—and you probably consume about three cups of it over the course of the day.

Why not get paid for it?

In a Monster analysis of data using the CEB TalentNeuron tool we identified some of the top companies and cities fit for a coffee fanatic like yourself…and the other 2,000 people who search for coffee jobs each month.

Go to the plant

Let’s start at the beginning: the coffee bean. Coffee manufacturers are the roots of our coffee addiction as these companies are responsible for the roasting, grinding and packaging of what will become our favorite drink.

About 900 jobs at coffee manufacturing companies have been posted online so far in 2016. From San Francisco, California, all the way to Boston, Massachusetts, coffee manufacturers can be found across the U.S. and everywhere in between, including Dallas, Texas; Boulder, Colorado and Charlotte, North Carolina.

The most hiring this year has come from Farmer Brothers Company (no. 1), whose products you’ve probably consumed if you’ve ever ordered coffee at a restaurant. Other top hiring manufacturers include Peet’s Coffee and Tea (no. 2), Green Mountain Coffee Roasters (no. 3), S&D Coffee, Inc. (no. 4) and, of course, Starbucks (no. 5).

So if being surrounded by the aroma of roasting coffee beans all day sounds appealing to you, these manufacturers need people to fill jobs in marketing, production, maintenance and repair, transportation, sales and accounting.

Get behind the counter

If serving coffee is all part of your daily grind, you’re in luck because we caffeine-addicts aren’t going away anytime soon. In fact, jobs in the beverage serving industry are projected to grow 10% by 2024, according to the Bureau of Labor Statistics. We’re looking at you, baristas.

Although our data shows that jobs for baristas tend to perk up in March and August, coffee shops need people to make their specialty drinks year round.

There were around 21,400 barista jobs posted online between January and August this year, according to our review. And the most common locations hiring baristas are unsurprisingly based in venti-sized cities, including New York City (No. 1), Los Angeles (No. 3) and the birthplace of Starbucks (aka Seattle [No. 2]). But a few cities in Texas and North Carolina have been heating up in the coffee serving business. The following are the top four growth areas in the U.S. for barista jobs, between January and August of this year: San Antonio (+71%), Raleigh (+53%), Houston (+49%) and Charlotte (+41%).

When it comes to which chains are hiring, Starbucks (No. 1) tops the list—to the surprise of no one.

But you might be actually surprised to know that bookstore chains Barnes & Noble and Books-A-Million ranked No. 2 and 3, respectively, on the list in terms of companies doing the most hiring. But honestly, who doesn’t love to curl up with a good book and a cup of Joe? And you might not have considered looking at hotels like Hyatt (No. 7) (hello, early check out) and department stores like Nordstrom (No. 4) for your next barista gig. Marriott Hotels (No. 5), the Scooter’s Coffee restaurant chain (No. 6), Harris Teeter Supermarkets (No. 8) highway and airport food service company HMSHost (No. 9) and Fred Meyer superstore chain (No. 10) round out the list.

The good news: You don’t necessarily have to be a latte artist to pour a cup of Joe (although it’s great if you are). Of the jobs we reviewed, 59% require 0 to 2-years experience. But to thrive behind the coffee counter, you’ll need to have excellent customer service skills, the ability to work independently as well as with a team and a cool head to function under pressure.

Jobs for the seasoned coffee professional with 3 to 7 years of experience comprised 35% of the jobs we reviewed. And if you’ve put that much time in your cup, you might want to consider a job in management. Start by searching for shift manager, shift supervisor, store manager and shift leader.

…Or sit behind a computer

This coffee-related job is hot, hot, hot. OK, this one might not really be about coffee, but if you’re in this field you probably drink a ton of it.

Jobs requiring some level of Java knowledge are in demand almost as much as Pumpkin Spice Lattes.

Almost 5,000 jobs that require Javascript skills have been posted on Monster within the past 30 days.

The perks of working in this high-demand tech discipline are plentiful—including health coverage, tuition assistance, paid vacation, 401(k) matching, parental leave. Of course, you may have to buy your own coffee.

So fuel up with a cup of your favorite brew and find your next coffee job on Monster.