Another sign drones will be a major part of the economy 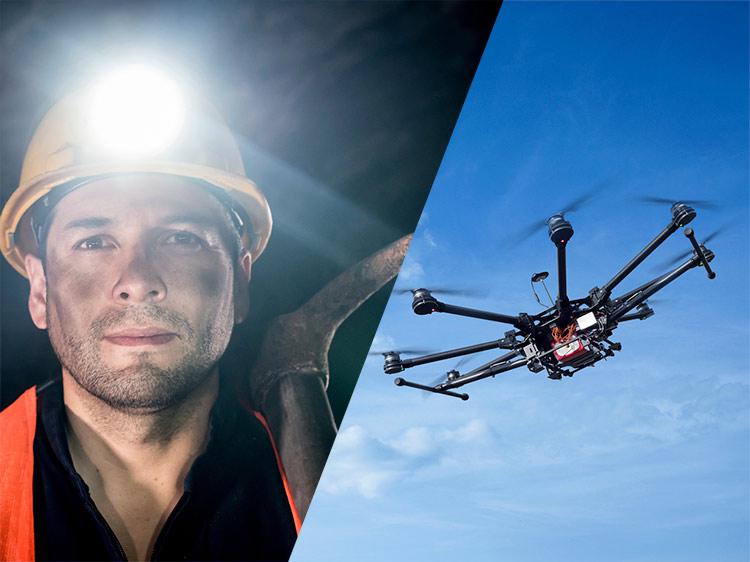 The Appalachian coal miner is having a tough time finding work. Sustainable energy, like solar and wind, has eaten into coal mining at a major clip. But there’s one existing technology that could get displaced coal miners back to work. And no, it’s not a new model of drills.

The government is making a big bet that drones—and the skills required to operate them—will help put out-of-work coal miners get back in business, but not necessarily in coal. Recently, The White House announced $28 million in federal grants to support 42 economic and workforce development projects in 13 coal-producing states. One of these  grants will send $2.2 million to support the Virginia Emerging Drone Industry Cluster Project in which Mountain Empire Community College will offer courses to train students, including former coal industry workers, to fly drones.

The funds hope to make five counties in southwestern Virginia a “national destination for the development of a drone-operator workforce,” according to a government statement on the program. By putting federal workforce redevelopment money into the drone industry, it’s clear the Obama administration believes drone building and operating could bring substantial job growth.

The grants—part of the POWER Initiative, a federal effort to invest in local communities affected by job loss in the coal industry—will ultimately go toward bolstering a variety of sectors including manufacturing, IT, agriculture, housing, tourism and recreation, according to a White House statement on the program.

The Obama administration is not alone when it comes to the concept of drone-as-job creator. Many corporations, communities, and universities predict economic potential and growth in unmanned aircraft systems. While drones are a major element of growing workplace automation, which has many workers concerned for their jobs, studies suggest that drones will be a job creator, not eliminator. A report from the Association for Unmanned Vehicle Systems International estimates that drones could create more than 100,000 new jobs and an economic gain of $82.1 billion by 2025.

If your drone skills aren’t up to par and you can’t enroll in the Virginia drone training program, there is an Unmanned Vehicle University in Phoenix, Arizona and Kansas State University offers an undergraduate degree in Unmanned Aircraft Studies. If there is an increase in drone industry job demand, those universities stand to benefit from a boost in enrollment and similar programs are likely to sprout up at more colleges.

A quick search on Monster yields nearly 200 job openings in drone-related fields. Whether you’re interested in drone use in retail delivery, photography, telecommunications, agriculture, or the military, there are companies out there hiring for different positions. You could be a drone operator at Tri-State Insurance, an iOS Developer at a new drone startup, a lead drone architect at Honeywell, or a drone instructor who teaches youth how to fly drones and how they work. Cablevision is hiring a chief helicopter videographer and part of the position involves developing and overseeing an aerial drone program.

Intel has also been making headlines with its recent drone developments, from the announcement of its first commercial drone the Falcon 8+ to its impressive drone light shows, which can function as giant flying billboards. If you want to lead the global sales team selling these drone products, Intel is seeking a NTG Global Sales Director.

The company that is doing some of the strangest work with drones is BAE Systems, who plan to merge drone development with another emerging technology, 3D printing. Earlier this year, Monster reported on how the defense and aeronautics company plans to chemically “grow” military drones in vats. They’re hiring too, so if you prefer to be cultivating drones instead of flying them, BAE Systems is hiring a Junior Software Systems Engineer and a Systems Engineer specializing in electronic warfare.