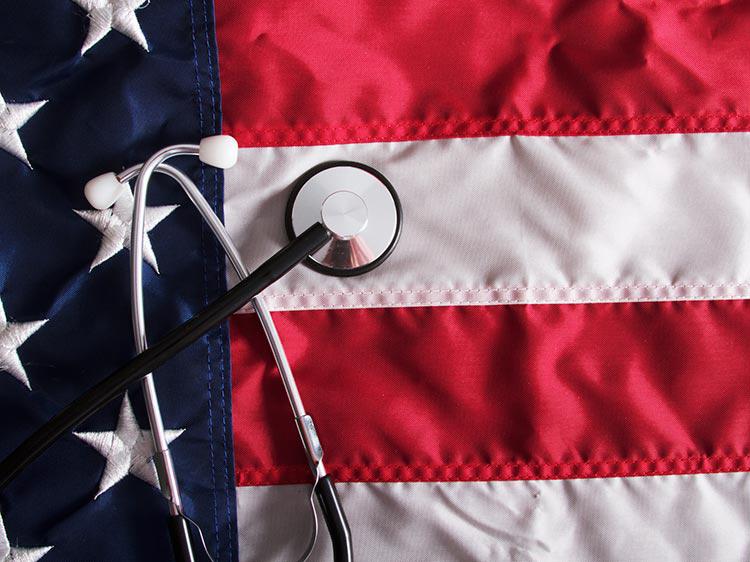 Surgeons are red, psychiatrists are blue—and with the election approaching, which political party are you?

New data reveals that it’s probably the same as your co-workers.

In certain medical fields, according to Yale University research, large majorities of physicians tend to share the political leanings of their colleagues, the New York Times reports.

For example, most surgeons (67%), anesthesiologists (65%) and urologists (62%) who have registered a political affiliation are Republicans. Conversely, the majority of infectious disease specialists (77%), psychiatrists (76%) and pediatricians (68%) are registered Democrats. Overall, a little more than half of all doctors identify as Democrats.

While there is no way to know exactly why certain medical specialties attract Democrats or Republicans, the study did look at factors like age and salary.

On average, the data showed that the specialties with the highest salaries, such as orthopedics and ophthalmology, tend to have the most Republicans.

Another factor could be gender. As more women have become doctors in recent years, they have tended to cluster in certain specialties, such as pediatrics, obstetrics/gynecology and psychiatry. The data showed that female physicians were more likely to be Democrats than their male counterparts.

But age also plays an important role, as the partisanship of doctors now is vastly different from a generation ago, when most physicians identified as Republicans. The study found that younger doctors tend to swing left.

Location could be a factor, too. For example, New York and California tend to be blue, which could be why a large number of radiologists live in those states, according to the Bureau of Labor Statistics. In Arizona and Texas—typically red states—dermatologists tend to flock there.

As the presidential election continues to heat up, you may easily find yourself in a political conversation at work. It’s important to remember that just because you probably share the same political views as your colleagues, you should still be careful when talking politics in the on-call room.