How not to become the office complainer

It doesn’t matter how much your boss drives you crazy, there is a certain level of etiquette you need to uphold in the workplace. 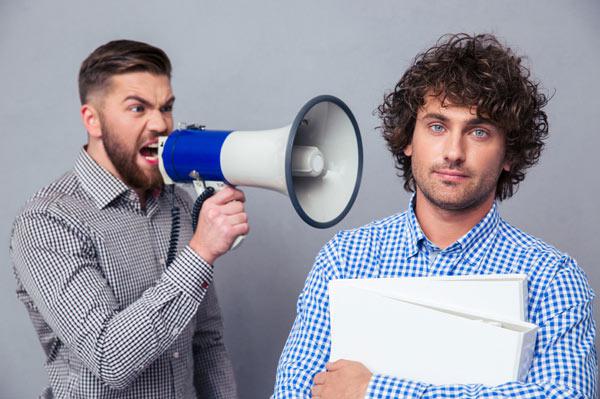 At any job, you’re bound to have one co-worker who always complains about everything or who always wants his or her opinion to be heard. Hopefully at your job, that’s not you. And hopefully, that person isn’t writing an open letter to your CEO.

Sure, sometimes work sucks. Your boss can be too demanding, and it feels good to get some things off your chest. You’re not alone in feeling this way. An alarming 70% of respondents to a 2013 study by Gallup said they dislike their job. Gallup refers to a full 20% of these respondents as "actively disengaged," meaning, they are likely the employees who openly vent about their boss or spend their lunch break applying to other jobs.

Regardless of whether you’re upset with your boss, or you disagree with a company decision,  you have to maintain a level of professionalism—not doing so could cost you your job.

To avoid being known as the office complainer, we spoke with career experts to get their takes on the appropriate way to handle work unpleasantries.

Avoid talking about your leaders

Though you might have a bad experience with your manager, your co-worker might have a good relationship with this person—and you don’t want to spoil that just because you don’t get along with your supervisor.

According to Susan Heathfield, management consultant and writer of the human resources site for About.com, questioning the competency of your boss’s leadership brings the whole team down. It’s a negative outlook you shouldn’t spread to your co-workers.

Heathfield says there’s probably something you’re doing in your interconnection with your supervisor that isn’t working. Instead of using energy to complain about it, Heathfield advises talking to your supervisor to see how you can fix the problem or build a better working relationship.

If you’re going to discuss company decisions with your co-workers, don’t assume that rumors about company plans or other employees are fact.

“Often employees will formulate an opinion in response to unsubstantiated rumors which lead to greater and greater misunderstandings,” says Edward Yost, a human resource business partner at the Society for Human Resource Management.

If the topic is important to you personally, make an effort to ask more questions and speak with people you trust. Only then should you determine an appropriate course of action.

Avoid gossiping about other co-workers

If you want to be able to communicate freely with your co-workers, you need to do so in a professional manner. Even if you work with some of your closest friends, it’s really important to work through situations and avoid talking behind another employee’s back, says Diane Gottsman, a national etiquette expert and owner of The Protocol School of Texas.

“You should not be gossiping or tearing someone down without discussing the situation with them,” Gottsman says. “When you talk negatively, you send the message that when something goes wrong again, you’ll do the same.”

Yost agrees, explaining that participating in gossip and judgmental conversations with co-workers can raise questions about your professionalism, your ability to maintain confidences and your ability to foster a team environment.

Avoid being negative in the office

Though she knows it’s hard, Heathfield says employees really shouldn't just talk about work with one another.

“You create a sea of negativity if that’s all you talk about,” Heathfield says. “Everyone has those days, but if someone is persistently negative, they should think about leaving because they are destroying everybody else’s experience.”

If your co-worker is constantly complaining, or if you have a problem with your boss that’s not fixable, it may be time to look for a new job with a more positive work environment.