10 resources to teach your kid to code

From coding games to after school programs, schools everywhere are encouraging coding for kids. 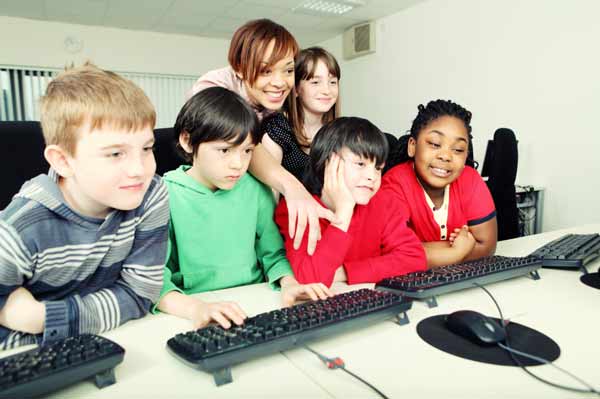 When most millennials were growing up, the extent of computer class was a round of Mavis Beacon Teaches Typing, and if you were really lucky, Oregon Trail. Today, the idea of teaching kids basic typing skills has gone out the window. And it makes sense, have you ever seen a toddler navigate an iPhone? Kids are growing up with computer skills as second nature, which is why some are emphasizing that importance of teaching coding for kids.

From coding games starring characters from Doctor Who and Frozen to after school programs, schools everywhere are encouraging kids to learn how to code. It makes sense, since STEM jobs are on the rise, and nearly any job in a typical office setting involves technology on some level, even if its just Outlook.

Here are 10 resources to encourage your child to learn to code.

Daisy the Dinosaur is an app that helps kids as young as 4 learn the basic concepts behind coding. After completing the game, there is a downloadable kit that will allow kids to create their own computer game.

An iPad app aimed at young children aged 9 to 11, Move the Turtle teaches coding for kids, as well as critical thinking skills that will benefit them on and off the computer.

Kids Ruby was created to teach kids actual Ruby code; it’s a downloadable program that will give kids hands-on experience with Ruby.

Kids Ruby’s older sibling, Hackety Hack is the next step for kids who have graduated from Kids Ruby.

A board game alternative to computer games and apps, Robot Turtles is for ages 4 and up and brings programming to life; just get the turtle to the matching colored jewel on the board.

Made with Code by Google

Google released this initiative, Made With Code, to help with the gender gap that exists in STEM. Through in-person parties, a number of online resources, and summer camps, Google is inspiring young girls everywhere to tap into their inner programmer.

For ages 9-11, Hopscotch is a free-to-download iPad app that uses video tutorials to help kids program games. Kids can then play one another's games created with the app.

An inexpensive credit-card sized computer that kids can use by plugging in a mouse and a keyboard and then hooking it up to a TV monitor. It offers a full desktop experience, while also encouraging kids to learn how to code along the way.

A non-profit organization, Code.org brings science to more schools and encourages underrepresented students of color and women to pursue a future in technology and science. It offers a number of tools, resources, tutorials, and more to help anyone learn to code.

Want to learn to code as an adult? Here are 10 more resources that will teach you how to code.

Coding for kids is just one of the many valuable resources within your reach. Want some more? Join Monster for free today. As a member, you'll get career advice and job search tips sent directly to your inbox to help you stay ahead of the competitive curve.