Laid off? These are the legal rights that can protect you

Get some answers to your questions about employment law, wrongful termination, severance, and more. 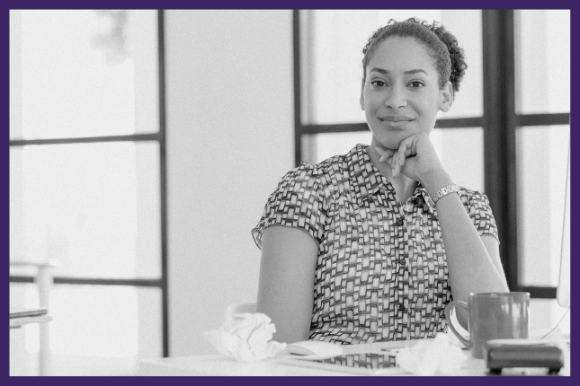 Learn your legal rights are when you've been laid off from work.

Because of at-will employment in the United States, layoffs can (and do) happen suddenly. In most cases when people are laid off from work, they are so shocked or emotional about the experience that they aren’t sure what to do, what their rights are, or if they might even have a legal basis to sue. As a result, they end up walking away, no questions asked—sometimes with severance pay, sometimes with nothing at all.

If you’ve been laid off, step one is to breathe. You have every right to feel stunned.

“Most employees start jobs and no one ever thinks about what’s going to happen in the event of termination,” says Christopher Davis, managing partner of Law Office of Christopher Q. Davis, based in New York.

So would you know what to do if your boss called you in to have the layoff talk tomorrow? Here’s what employment law experts say you should know.

What laws protect you during a layoff?

As mentioned earlier, the default in virtually all employment situations is “at will” employment, says Marc Siegel, founder and managing partner of Chicago-based Siegel & Dolan, mediator, and arbitrator. “That means an employer can terminate you for any reason, or no reason at all, as long as it’s not discriminatory.”

According to the National Conference of State Legislatures:

If you're in a protected class based on your age, sex, national origin, religion, or race, or if you have a disability, and you can prove that you were laid off from work because of it, then you might have a case.

Without getting too deep into legal jargon, here’s a quick look at some of the federal discrimination laws that cover workers.

If you’re over 40: The Age Discrimination in Employment Act (ADEA) of 1967 protects workers 40 and older. In addition, if you’re in that age category and you’re part of a group layoff, you’re also protected by the Older Workers Benefit Protection Act. This gives you 21 days to consider any severance offer, and another seven days to revoke your agreement.

If you’re part of a minority group: Title VII of the Civil Rights Act of 1964 prohibits companies from making employment decisions based on race/color, religion, sex, pregnancy or national origin.

If you have a disability: The Americans with Disability Act (ADA) of 1990 prohibits employment discrimination against those with disabilities.

Just suspecting your affiliation with one of these groups prompted your layoff isn’t enough to bring a claim, says Davis. “You have to prove ‘disparate impact discrimination,’ which involves some quick math. Has the company put a larger number of members of a protected category into the group of people being terminated?” says Davis.

Other potentially illegal reasons for a layoff include:

If the employer violates public policy: For example, if an employee files a workman's compensation claim or reports an illegal or unethical behavior, and then a couple of months later is terminated, that worker might be able to prove that the layoff was done in retaliation, says Siegel.

Read up on federal whistleblower laws, as well as those in your state, if you find yourself in this situation, says Davis.

If you have to take care of a family member who is ill: The Family Medical Leave Act (FMLA) entitles eligible employees to take up to 12 work weeks unpaid (26 if the care is for a servicemember), job-protected leave for specified family and medical reasons with continuation of group health insurance coverage.

If your employer is large: The Worker Adjustment and Retraining Notification (WARN) Act sets rules for notifying workers about large layoffs and plant closures. You must receive a written notice 60 days before the date of a mass layoff. If not, you may be able to seek damages for back pay and benefits for up to 60 days. In some states like New York, employers have to give 90 days notice.

If you think you were laid off because of any of the above reasons, consult with a local attorney to help you decide if legal action is warranted. You may also contact the Equal Opportunity Employment Commission (EEOC) to file a complaint.

What can you expect in severance?

Questions of legality aside, you might be wondering if you’re entitled to severance, and if it’s worth negotiating for a better package. First off, know that an employer is not obligated to give severance at all. “Some companies offer severance as a matter of company policy,” says Davis, “but it is discretionary.”

In larger companies, severance plans may be based on a set, standard formula, says Siegel. “Generally, you’ll see offers of one to four weeks of pay per year of service, and it’s capped at a certain number of weeks,” he adds.

The other aspect of the severance besides what you’ll be paid is what rights you’re giving up. “If you’re getting a severance, it could be that the company is trying to discourage you from consulting with a lawyer,” says Davis. Once you sign the agreement, you give up your right to sue. “That’s valuable to a company because they don’t want to have to pay lawyers or pay settlements or judgments.”

Also, be very careful about covenants that follow you, says Siegel. “If there are any post-employment restrictions about soliciting customers or working for competitors, sometimes the amounts they’re paying you might not be worth it,” he says.

Similar to a salary negotiation, you don’t necessarily have to take the first offer when you’re handed a severance. “There could be room to negotiate your severance. Every agreement isn’t just a goodwill gesture,” says Davis. “Companies do pay out more if there are legitimate legal claims, so always run it by a lawyer.”

In fact, coming away with a better severance is often a person’s best recourse rather than suing, since doing the latter can take years and require a lot of legal fees.

Under what circumstances should you sue?

At-will employment aside, if you think you have a good case, you could go ahead and sue your employer, but bear in mind that it’s an arduous process, says Siegel. Ask yourself these questions:

What type of claim do I have, and is it worth fighting?

Of all the potential claims, Siegel finds that Family Medical Leave cases tend to be easiest to win, assuming you have good evidence. “Everyone knows someone who’s been sick, so juries are more sympathetic,” he says. In addition, the standard of proof in such cases is more lenient than in other cases.

Take age discrimination cases, for instance. Those require the higher “but for” standard of proof, says Siegel. In other words, you have to prove that “but for” your age, you would not have been terminated. Also, in age cases, even if you do win, don’t expect large payouts. The ADEA doesn’t allow for emotional distress damages or punitive damages, says Siegel.

With racial and sexual discrimination cases, the burden of proof is slightly less stringent—you just have to show race/sex was one factor in the discharge, says Siegel. The challenge is trying to get a unanimous jury to agree. If you can, though, you may win compensatory and punitive damages (which are allowed), says Siegel, especially in states like California where damages are uncapped.

How big of a layoff is it?

“The more people that are being let go, the harder it’s going to be hard to show you were being targeted unless you have some pretty good evidence,” says Siegel. Unfortunately, he adds, sometimes companies use a mass layoff to let a ‘red flag’ person go—whether it’s a 65-year-old, a member of a minority group who is likely to claim discrimination, or a person who filed a sexual harassment complaint. “When they are let go with everyone else, it’s much harder to prove discrimination,” says Siegel.

Where do you live?

Depending on your state’s laws, you might have an easier time of winning a case. Siegel says generally speaking, states such as Illinois, New York, and California have stronger employee protections. Read up on your state’s labor laws via the Department of Labor’s website.

Ultimately, consulting with an attorney can help you determine whether your layoff appears to be legal or illegal, but only you can determine whether the cost of going after your former employer is worth the time and effort.

Now that you have a better understanding of your rights, should the day come when you’re laid off, you won’t be so caught off guard and will be in a better position to negotiate. If you think you might have a legal claim, be sure to work with an employment lawyer to help you walk away with a better severance or, if warranted, pursue a lawsuit.

Take this important next step

As someone with at-will employment, being laid off from work can send you into a tailspin, no matter how many years you’ve been in the workforce. You feel stressed, angry, and, let’s face it, kinda hopeless. That’s where we come in. Could you use some help jump-starting a job search? Join Monster for free today. As a member, you can upload up to five versions of your resume—each tailored to the types of jobs that interest you. Recruiters search Monster every day looking to fill top jobs with qualified candidates, just like you. Additionally, you can get job alerts sent to you when positions become available. Those are just two quick and easy ways Monster can take some of the burden off your shoulders. It’s what we’re here for!