How failure can lead to success

Our society stigmatizes failure so heavily, says author Bill Wooditch, that most of us don’t learn anything from it. But we can. 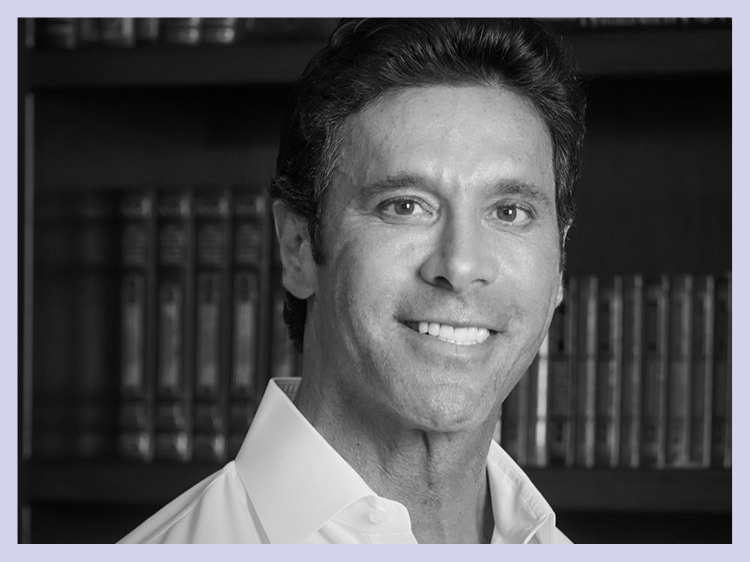 Having a bad week? Maybe you messed up at work, or suffered through a disastrous job interview. If so, congratulations! You’ve just been given a chance to get closer to your goals.

“At an early age, our parents, teachers, and peers teach us that failure is the result of a lack of innate ability,” observes Bill Wooditch, author of Fail More: Embrace, Learn, and Adapt to Failure as a Way to Success. “So failure is painful, and we do everything we can to put it behind us as soon as we can, without stopping to put our emotions aside and analyze what happened. That’s a mistake.”

Fail More is packed with mini-case studies that prove Wooditch’s point. For instance, see if you can guess who said this: “I’ve missed more than 9,000 shots in my career. I’ve lost almost 300 games. Twenty-six times, I’ve been trusted to take the game-winning shot, and missed.” If you guessed Michael Jordan, you’re right. “I’ve failed over and over again in my life,” Jordan has said. “And that is why I succeed.”

By figuring out precisely where he went wrong each time he blew it, Jordan gradually turned himself into the greatest basketball player the world has yet seen. Or consider Wooditch himself. His first job after college was as a salesman at insurer Liberty Mutual, cold calling prospective customers on the phone between 300 and 400 times a day. Most of them turned him down flat, or just hung up.

“I was failing upward of 315 times a day, or a whopping 1,575 times per workweek,” he writes. “Ouch!” But, instead of giving up and finding some other line of work, Wooditch started trying different approaches, keeping track of which ones worked and ditching the ones that didn’t.

“I had to habituate myself to rejection and failure if I was ever going to improve,” Wooditch recalls. It worked. For the past couple decades, he’s been CEO of The Wooditch Group, a risk-management and insurance firm with over $100 million in annual sales. As a sideline, he coaches executives at AIG, Zurich, and Bank of America on leadership, including how to manage missteps.

Monster recently spoke with Wooditch about using failures to navigate your way forward.

Q. Failure is such an unqualified negative in our minds that the title of your book is surprising. Why should we fail more?

A. I’m not suggesting anyone intentionally flunk life one mistake at a time. It’s really about using failure as a tool for constantly improving your results. Think of “failing more” as “trying more.”

There’s a reason why [famed investor and Berkshire Hathaway CEO] Warren Buffett has said he doesn’t want to hire anyone who hasn’t failed at least twice. The more you get out of your comfort zone and stretch your abilities to their limits, the more you risk making mistakes, especially at first. But that’s also how you grow. Looked at that way, failure isn’t just a hazard along the way, it’s absolutely necessary to success.

Q. You write that fear often holds people back from risking failure, like taking on a big project or going after a new job. How can we overcome that fear?

A. It’s natural to feel afraid when you’re contemplating a risk, and each of us feels it. It just varies by degree. But, while you probably can’t eliminate fear completely, you can learn to control it by, first, taking a close look at the source of it. Is it fear of change? Avoidance of loss? Our brains are designed to crave certainty, so be aware when that’s what is causing your fear.

Often, fear disguises itself as procrastination. It’s easy to put off trying something because you’re “not ready” or “not good enough yet.” But you are good enough to start toward your goal, and you’ll be better off tomorrow for having started now.

Q. Aiming for perfection—the perfect timing, or the perfect job opportunity—is another obstacle to success. Could you explain?

A. I live in southern California, where you often hear it said that “‘perfect’ is the enemy of the good.” Perfect is an illusion, so forget about it. Instead, try incremental changes. Look at what works and what doesn’t work, and then incorporate what you learn from what I call your  “microfailures” into what you do next. Try to get a little closer every day to where you want to be.

James Dyson famously developed more than 5,000 prototypes before he hit it big with his bagless vacuum. It helps not to be too hard on yourself. To reach your goals, you’ll have to make some mistakes. It’s okay.

Q. How can someone bounce back after a big, visible failure?

A. I know this sounds simple but, first, take a deep breath. It’s only when you slow down that all your negative emotions about failure will calm down. Acknowledge your feelings, but then make the switch to strategic thinking. It’s useful to write down what actually happened. Stick to the facts. What kept you from your goal? What steps can you take to avoid repeating the same failure? Over time, you will start to see patterns that can help you move forward, step by step.

Q. You point out that most failures are minor. Why is that important to keep in mind?

A. Giving up is really the only major failure. It’s in a category of one. Everything else is minor, meaning that you can recover from it. In fact, most people have already bounced back a thousand times in their lives, whether it was learning to ride a bike or failing a course in school or not getting a job you wanted.

So minor failures have to be kept in perspective. They’re just part of a process—the cumulative lessons you apply to reach your goal. Failure happens to all of us, but it’s what we do with it that matters. Winston Churchill once defined success, maybe partly tongue-in-cheek, as “stumbling from failure to failure with no loss of enthusiasm.” He had a point.

No risk, all gain

Don’t let your fear of failure or rejection disrupt your job search. The sooner you get back in the game, the sooner you’ll find a new job that you love. Could you use some help with that? Join Monster for free today. As a member, you can upload up to five versions of your resume—each tailored to different types of jobs that interest you. Recruiters search Monster every day looking to fill top jobs with qualified candidates, just like you. In addition, you can get job alerts sent right to your inbox, so you can be among the first to apply when positions become available. Let Monster take some of the weight off your shoulders and help you get hired.

Anne Fisher has been writing about career and workplace trends and topics since 1996. She is a columnist for Fortune.com and the author of If My Career’s On the Fast Track, Where Do I Get a Road Map?