In terms of salary potential, not all college majors are created equal. 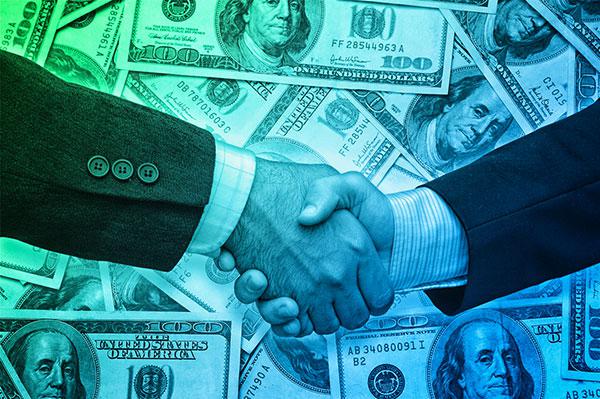 PayScale published a list of college majors ranked by salary, which is a great source of additional information for anyone trying to pick a major. PayScale’s research found that people with STEM majors -- science, technology, engineering and mathematics -- tend to earn the most over time.

Engineering
Engineering majors showed the highest salaries on this list, including the highest median early career salary of $102,300 and median mid-career salary of $176,300 for petrochemical engineers. The second highest early career major was chemical engineering at $69,600.
This list shows the ranking of engineering degrees’ median early career salaries and median mid-career salaries.
●     Petroleum engineering ($102,300, $176,300)
●     Nuclear engineering ($67,000, $118,800)
●     Chemical engineering ($69,600, $116,700)
●     Electronics and communications engineering ($64,100, $113,200)
●     Electrical and computer engineering ($66,500, $113,000)
●     Computer science and engineering ($66,700, $112,600)
●     Computer engineering ($67,300, $108,600)
●     Aerospace engineering ($64,700, $107,900)
●     Electrical engineering ($65,900, $107,900)
●     Materials science and engineering ($64,000, $105,100)
●     Mechanical engineering ($62,100, $101,600)
●     Industrial engineering ($61,900, $97,200)
“I truly enjoy working in the aerospace industry because of the variety of work that allows me to use my education and skills while increasing my knowledge with professionally stimulating experiences,” says Rudy Valdez, who works in the aerospace industry as a systems engineer at UTC Aerospace Systems. “I have worked from designing one-of-a-kind high tech hardware to providing technical expertise for manufacturing high precision production parts.”
Aerospace engineers are often passionate about their chosen field, says Jeff Kaney, CEO of the Kaney Group. Knowing that your work helps people to fly safely and comfortably at 35,000 feet worldwide is a calling of a higher level, he says. “There is a true sense of camaraderie and although it’s a very large industry, you feel as though you're part of a close-knit family. Salaries tend to be higher, and the jobs are more stable than the norm.”
Dave Marsala graduated this year from the Rochester Institute of Technology with a degree in mechanical engineering. He began working for Klein Steel that same month as a strategic project estimator handling nuclear/NQA-1 projects. He says he enjoys working on something new every day and solving complex engineering challenges, and that it's "pretty cool" to be learning about the many different manufacturing environments of the company’s customers.
John Cohn is a computer engineer who is an IEEE fellow and IBM fellow at IBM Corporate Technical Strategy. In his day job, Cohn worked on a wide variety of products, including a microchip in IBM’s Watson computer, but says, “at the same time, some things I’m most proud of happened outside of work.” That includes, helping design and build a giant Ferris wheel car to transport people at the annual Burning Man festival and developing a 30-foot keyboard for Mike Gordon of Phish to use. “It’s important to goof off more and have fun with your work. It’s not as serious as you think it is.”

Math
While the top of the list was dominated by engineering majors, mathematics majors also did well on the list. These are some of the top-earning math majors:
●     Actuarial mathematics ($60,800, $119,600)
●     Statistics ($54,900, $103,100)
●     Computer science and mathematics ($63,200, $101,400)
People who major in actuarial mathematics will receive a strong background in analytical skills and business knowledge and may find jobs calculating and analyzing financial risks for organizations. Statistics majors may go into a wide variety of jobs and industries with their background in data analysis.

Technology
These technology majors all placed high on the list:
●     Computer science ($61,600, $103,600)
●     Software engineering ($61,700, $99,800)
●     Business and information technology ($56,900, $99,100)
●     Economics ($51,400, $97,700)
Ann Gaffigan majored in computer science and spent most of her time structuring databases and writing code. Now she’s the chief technical officer for Land Pros Systems Inc. and Land Pros Realty.
“The best part about my job is creating new things,” Gaffigan says. “We are into making things automated and streamlined, and that fits my Type A personality perfectly. There is always something to learn — whether it's a new API or changes to an existing API we use, ever-evolving best SEO practices, and ways users are finding and interacting with our site.”
Gaffigan says laying a foundation for how to think about and solve problems with code while you’re still in school is extremely important to future career success. “I've learned a lot from mistakes or inefficient solutions I've used in the past. I feel like I'm a better programmer each year.”

Science
Science majors were the least high-paying of all the STEM majors, but still came through with impressive median early- and mid-career salaries:
●     Physics ($57,200, $105,100)
●     Biotechnology ($48,300, $89,00)
●     Biochemistry and molecular biology ($44,700, $88,800)
●     Geology ($46,200, $86,200)
●     Biochemistry ($42,600, $83,400)
●     Chemistry ($44,200, $81,800)
More good reasons to consider a STEM major
Students with STEM degrees often find job in other areas, but the group has the greatest chance of being employed upon graduation, says Stephanie Kinkaid, assistant director of the Wackerle Career and Leadership Center at Monmouth College.
There’s a broad market for people with the right degrees and experience, although some reports show that STEM jobs make up a relatively small proportion of U.S. jobs, she says. Still, “some of the discrepancy may be because STEM job numbers should include positions such as carpenters or mechanics, whose positions require technical knowledge.”