Not a manager or exec? No matter your rank, ‘This Is Now Your Company’ author Mike Rognlien says shaping your company’s culture is still your job responsibility. 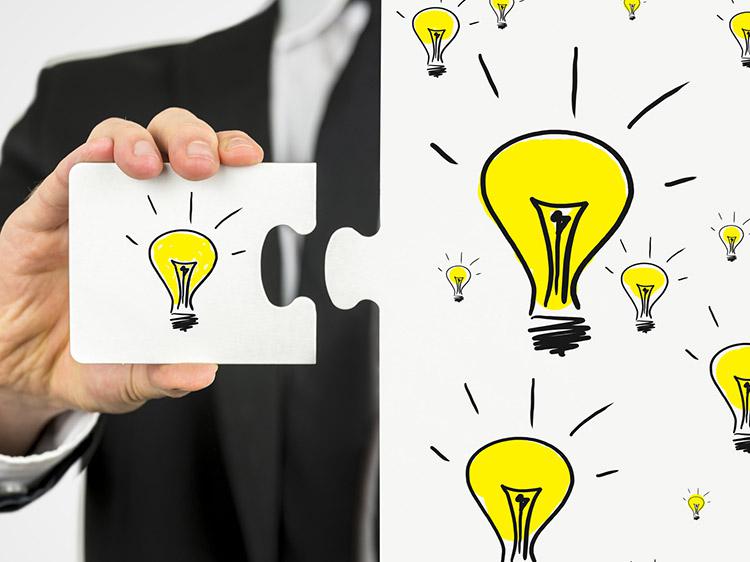 “Corporate culture”—what the heck does that even mean?

To some, it might sound a lot like putting on a suit, sitting in a cubicle, and grinding it out with your head down between the hours of 9-5, while dodging certain colleagues in the break room. For others, it sings more to the tune of an open-office environment with mentorship programs and support groups, potluck lunches and in-office happy hours, maybe even a ping-pong table or two. To us, well, we’re still trying to wrap our heads around the ambiguous phrase.

“It’s an easy subject to make very complex,” says Mike Rognlien. It’s easy, too, to think that culture comes from the top, and that most of us have no control over it.

That’s where Rognlien disagrees. In his new book, This Is Now Your Company: A Culture Carrier’s Manifesto, he defines culture as, “the sum total of everything every person in the organization says or does in the process of getting things done.”

Seeing everything you say or do through the prism of its effect on your entire company “gives you a practical guidepost for day-to-day decisions,” he says. “Everything—even a tiny thing like snapping at a co-worker, who will then be rude to someone else—has a multiplier effect. It ripples through the whole enterprise.”

Rognlien has given a lot of thought to where culture comes from. Now the head of Chicago-based consulting firm Multiple Hats Management, his former job was Builder of Awesome People at Facebook from 2011 until last year. During that time, he says Facebook’s headcount ballooned from 1,700 to almost 25,000 employees.

“It became impossible for Mark [Zuckerberg] and Sheryl [Sandberg] to directly influence that many people,” Rognlien says. “We realized that creating and sustaining Facebook’s culture had to be everyone’s job. Everyone, not just a few people at the top, has to think like a leader.”

Monster recently spoke with Rognlien about how thinking like a leader can help you become one.

A. “Culture carrier” is the term we used at Facebook for people who had greater-than-average influence. When I first joined, these were mostly engineers, like the guy who invented the “like” button. But I came to realize that what sets each outstanding person apart is not just technical proficiency, but also being a role model, a listener, and a communicator. Like it or not, the success of any organization depends on the individual behavior of every single employee. Yes, you are that important.

Q. The book goes into detail about how Facebook encourages people to build a 50/50 relationship with their bosses. Why?

A. Millions and millions of employee-manager relationships suck because people play a game of conversational chicken with regards to expectations—both what the boss expects and what the employee wants or needs. Often, we assume it’s our manager’s job to initiate this incredibly important conversation, and if they don’t, we assume they don’t want to talk about it. So, we don’t, either.

But managing your half of the boss-employee relationship is crucial to becoming a leader in the company and in your own career. Get clear on what the expectations are on both sides, one conversation at a time.

Q. Why do you think so many employees have trouble starting those conversations?

A. We tell ourselves stories incessantly, so it gets difficult, over time, to sort out your interpretation of someone’s behavior from their actual thoughts or motives. This builds up over time, to the point where people don’t speak up because they can’t get past their own emotions. It gets easier if you can train yourself to take a scientific approach and focus on separating verifiable facts from your own assumptions and emotional reactions.

Q. How does being a “culture carrier” relate to looking for a new job?

A. Well, a lot of what drives culture is values. If you want to love your next job, try to focus your search on companies whose values match yours. You can find this out by doing research online, where you can find people who already work there.

And ask interviewers, “How would you describe the culture here?” You will probably get an honest answer because it’s a hard thing to fake. If you ask five different people at a company and get five different answers, that culture needs some serious work.

Q. You write about how to “act like an owner” from Day One in a new job. Could you explain what you mean by that?

A. I don’t mean what most people think of as acting like an owner, meaning making big decisions and bossing people around. To me, an owner is someone who is constantly thinking about what the company wants to accomplish and what will contribute to that. When I told new hires at Facebook that we wanted them to think like owners, it was often met with a healthy combination of enthusiasm and fear. Ownership is exhilarating and scary like that.

In the first 90 days, ask a lot of questions, including, “How does my way of seeing things fit in here?” It’s normal, and often accurate, to believe that our voices and insights aren’t as valuable as those of the people who have been in the company a lot longer. But I’m here to tell you, acting like anything other than an owner in those early days means you’ll probably never act like one at any point down the road, either.

Take the lead in your job search

Changing corporate culture can be hard to do when a company is set in its ways. If that’s the case for you, then you should look for a company with a better culture fit. Need some help with that? Join Monster for free today. As a member, you not only get job alerts emailed right to your inbox, which cuts down on the amount of time you’d spend combing through ads, but you can upload up to five versions of your resume—each tailored to different types of jobs that interest you. Recruiters search Monster every day looking to fill tip jobs with qualified candidates, just like you.