In our latest podcast, author Jennifer Romolini has some free advice for millennials about how to stop appearing entitled. Check out the highlights here. 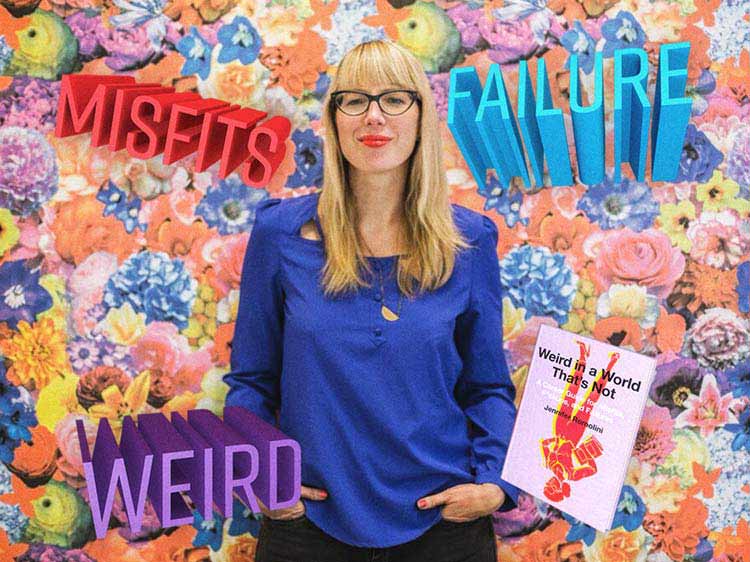 Jennifer Romolini, author of Weird in a World That’s Not: A Career Guide for Misfits, F*ckups, and Failures, knows a thing or two about feeling awkward at work.

Late to the corporate world, she didn’t get started until she was almost 30, when most of her peers were several rungs up the career ladder—and she was barely making it at the bottom.

Despite feeling completely unprepared, she finally made it, writing for publications such as Glamour, Time Out, and Yahoo!, and eventually landing her current gig, as Chief Content Officer for Shondaland.com.

In our latest podcast, Romolini told us how she navigated those early awkward days, and she also shared her thoughts about the newbies she sees today—millennials who often have trouble communicating their ambition, and instead come across as having a sense of entitlement.

As someone who stumbled at first herself, she has some very smart advice on how to start owning your career. Here’s an excerpt from that conversation. Listen below to hear the entire podcast.

Monster:  You have a whole chapter in your book devoted to millennials and entitlement. Why did you write it?

Monster: What do you think millennials are doing right?

JR:  I think millennials have the right idea.  They want quality treatment at work. They want mentorship. They want things explained to them. They want to be heard. They care about their own self-care. They’re not wiling to take a lot of the abuse that Gen Xers did.

Monster: How does this lack of etiquette and training hurt millennials at work?

JR:  They don’t know how to communicate their ambition appropriately.  They’re asking things in convoluted ways, they’re not getting right to the point, they’re not taking as much ownership and accountability over their own careers. And they come across as entitled.

Monster: How can millennials communicate their ambition so they don’t seem entitled?

JR:  Ambition is proactive. Ambition says, “I want this. How can I get it?” Entitlement says, “Gimme.”

It’s this thing between being a kid and an adult. You really need to turn on your adult brain and not have all the vulnerability and insecurity of your kid brain that makes you seem entitled. It’s the same impulse really. It’s just the way you communicate it.

It’s being realistic about what you have to offer and asking yourself hard  questions like, Are you good? What are you not good at? What can you get better at? And answering those questions yourself so your boss doesn’t have to.

Monster: Let’s talk about asking for raises and promotions. Millennials are often labeled as being promotion-hungry, right?

JR: Everybody is in a rush in their careers. I want this promotion. I want a better title.  I want this. I really believe that you need to take your time because you need to learn how to do things.

If a boss is foolish enough to over-promote you, they’re actually doing you a disservice. What happens is you get this inflated title, but you don’t know how to do anything, and you go onto the next job and you don’t have the skills you need.

As you get further up, there’s less mentorship, there are more expectations, there’s more pressure and if you haven’t done the work before that, you wind up in a situation where you’re in a panicked state all the time and that’s where you have spectacular failure.

Listen to the full interview here.