How Nurses Can Act Against Workplace Violence

How can nurses reduce their chances of being victimized by a violent act on the job? Here are three areas of potential action. 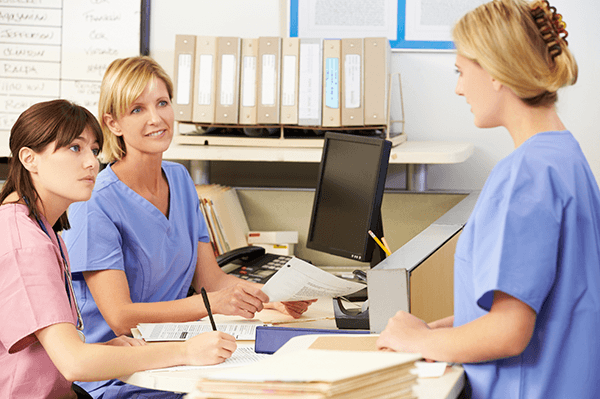 What are nurses looking for when they head to work each day? A chance to care for fellow human beings in their time of need, to exercise state-of-the-art skills, to bring meaning to their own lives and to earn a paycheck.

What are nurses not looking for? To be elbowed, slapped, punched, kicked, verbally abused, even shot or raped. But that’s what happened to nurses and other workers in American hospitals in 2,780 incidents in 2005, according to a Bureau of Labor statistics report. And that’s not counting the thousands of attacks on nurses that go unreported.

These assaults may be the result of criminal intent or the climax of an emotional reaction fueled by mental illness, drugs or alcohol. Indeed, “in some communities where behavioral healthcare isn’t available, the hospital is the recipient of every social ill that’s out there,” says Richard Wade, senior vice president of communications for the American Hospital Association.

With some patients, it doesn’t take much to precipitate violence. “Whoever gives any perceived bad news -- ranging from a change in the food being served to waking up a patient who wants to sleep -- may be the recipient of a violent outburst,” says Gabriela Cora, MD, MBA, president of consulting firm Executive Health and Wealth Institute.

Violence is most frequent in psychiatric wards, emergency rooms, waiting rooms and geriatric units, according to a National Institute for Occupational Safety and Health report. Risk factors for violence in hospitals include patients under the influence of drugs and alcohol, understaffing, long waits for service, inadequate security and poor environmental design. The perpetrators are often patients, but family members, friends, gang members and others can also be involved.

What can nurses do to reduce their chances of being victimized? Here are three areas of potential action.

Combat a Culture that Condones Violence

In some urban settings, violence is so prevalent that hospitals have come to accept it at some level -- and that’s not healthy for nurses. “There needs to be a shift to a zero-tolerance culture, where violence isn’t assumed to happen,” Cora says.

Nurses and other direct providers of healthcare should let their employers know that they expect a secure work environment. “It is the employer’s responsibility to maintain a safe workplace free of violence,” says the AFL-CIO. “Supervisors should not assume violence is ‘just part of the job’ and that workers shouldn’t complain.”

Nurses also need to guard against their own potential complacency. “If you’re constantly getting hit and slapped, you become numb,” says Robert Siciliano, CEO of IDTheftSecurity.com.

“Unfortunately, when it comes to financing safety and security training, most institutions are purely reactive,” Siciliano says. “They make those investments after the incident occurs or when their insurer requires it.”

Nurses can try to remedy this situation by asking for violence-prevention training.
“The training piece becomes a huge deal,” Cora says. “It’s not a standard training that every nurse gets.”

The methods espoused in training are often simple, but they can be effective. “Nurses need to keep in mind the factors that affect agitation,” says Kathleen Strunk, an assistant professor at the University of Tulsa School of Nursing who teaches a unit in psychiatric mental health. “If you have an intimidating posture, if you are perceived to be interrogative or you force eye contact, that promotes agitation. We need to remember that it’s the patient’s personal space.”

Enlightened healthcare facilities are looking at big-picture factors that can improve security and safety.

“Many hospitals are being built to heighten security without turning the hospital into a lockdown,” Wade says. “Emergency rooms are being reconfigured to have four or five levels of care beyond the ER sign. This gives you better control over where you’re putting particular patients.”

Staffing levels -- of nurses, other direct-care providers and security guards -- are another key component of workplace safety. “If you’re in an inadequately staffed facility, that presents risks,” Strunk says.

Finally, if your employer won’t consider safety improvements that require a major investment, you may want to find another employer that will.