From digital prophets to in-house philosophers, some of the best jobs in tech are also the weirdest. 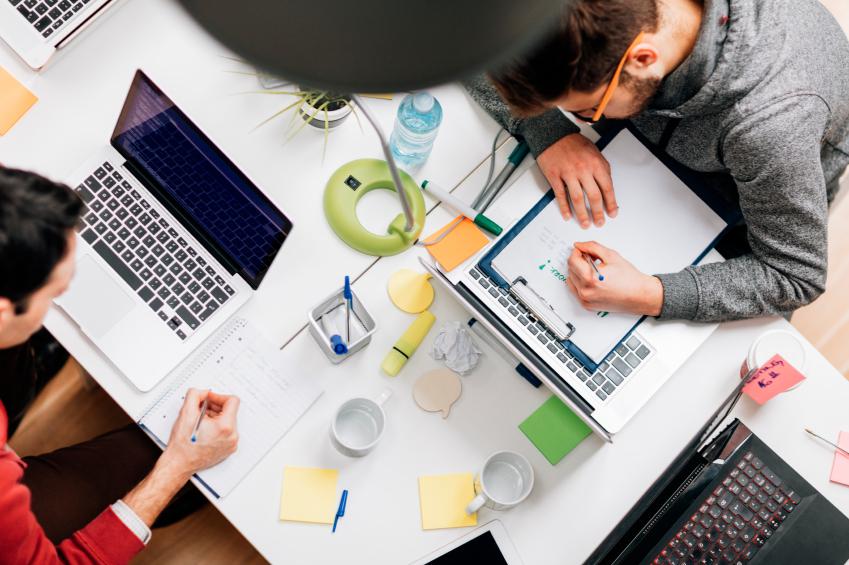 The tech industry is one place where offbeat job titles are nothing unusual. It’s a place where offices are populated by “ninjas” and “rock stars” as well as the expected developers and engineers—just take a look at some of the job listings out there right now.

And while it’s easy to assume that titles like these are more attention-grabbing than anything else, there are some intriguing roles in the tech world that truly do live up to their outlandish names.

Frequently, these jobs explore the intersections between technology and other fields, like storytelling, marketing and even philosophy. Sometimes they even involve predicting the future. We’ve rounded up five of the most interesting below – check them out!

For nearly 10 years, Connelly has served as Ford’s in-house futurist, which means she spends her days developing strategies that help the car company stay ahead of the curve and plan for the years ahead. It’s a role that exists somewhere between upper management, tech guru and actual guru, synthesizing social, technological and economic trends from far outside the auto industry to help her company understand the world to come.

The black-clad, Tim Burton-haired Shing—known as Shingy to his peers—is also something of a futurist. “I listen to where media is headed and figure out how our brands can win in that environment,” he told the New Yorker. Some aspects of that are fairly rote (a surprise, perhaps, given Shing’s outrageous look)—think attending conferences and figuring out where to take the AOL brand—but he’s pushed his career in some odd directions, like “rebooting” the furniture in CEO Tim Armstrong’s office. “The cleaning lady was in here last night, and I’m like, ‘I love the smell of this table!’” he told the New Yorker. “She was like, ‘Um, O.K.’ ”

There’s nothing exaggerated about Horowitz’s title—the Google employee is an actual philosopher, with a PhD from Stanford and a background in the humanities as well as technology. At Google, he seeks to bring a “humanistic perspective” to the tech company, and solve engineering problems using intellectual processes more familiar to Kierkegaard courses than IT boot camps.

Okay, okay—Pineda is also the founder and CEO of Matrix Group, a web design and development company based in Virginia. But her adopted title is just as apt. As Chief Troublemaker, she prides herself on disrupting client expectations—for the better. “She stirs the pot and asks if we can do better,” Emi Usui, a Matrix spokesperson, told Forbes.

With an Innovation Sherpa and researcher who’s designated himself “Galactic Viceroy of Research Excellence” in tow, Microsoft is no stranger to weird job titles. But Clayton’s title—Director of Storytelling—is pretty much what it sounds like. In his role, Clayton uses storytelling to impact how the world perceives the Microsoft brand. That means finding angles on new products that reflect the people who use them as much as the products themselves. “All great stories start with people,” he told Media and Advertising News Daily. “Find the people behind a story and you’ll be on the right path.