Without a clear idea of what really matters to the other side, says author Alexandra Carter, you’re flying blind. 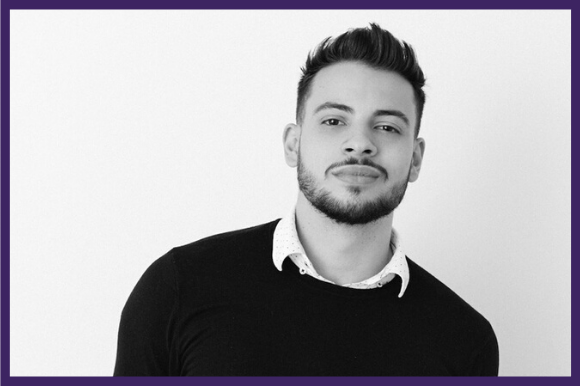 Asking the right questions can lead to more money.

There’s no shortage of people who purport to tell you the secrets of successful negotiation—whether it’s for a raise, a new job, or even getting your kids to eat their broccoli. Google “negotiation advice” and you get 109 million results. Yet, according to Alexandra Carter, author of Ask for More: 10 Questions to Negotiate Anything, most of us still hate to do it.

That, Carter believes, is because we’re doing it wrong. A professor at Columbia Law School, she is also director of its Mediation Clinic and a negotiation trainer for the United Nations.

“We tend to see negotiations as an adversarial process, where one side ‘wins’ and the other side loses out,” notes Carter. “I wrote this book to broaden the definition. Going into a negotiation with the right questions can lead to more money, more clarity, more trust, and better relationships.”

Those questions, she says, are open-ended ones that invite the person across the table to talk about what he or she cares about most. That boosts the odds that we’ll get what we want, too. “Without a clear idea of what matters to the other person, you’re just guessing,” she observes. “It’s far too easy to guess wrong.”

Packed with vivid examples of Carter’s 10-step method in action, Ask for More aims to take the guesswork out of asking for a raise—or a job. Monster asked Carter to explain the thinking behind her negotiation technique.

Monster: What’s the first step in any negotiation?

Carter: It starts with asking yourself a few questions. The first one is, “What is the problem I’m trying to solve?” Most people don’t invest the time to accurately define the situation, but I’ve seen people come away with less than what they wanted because they defined their goals in a limited, unhelpful way. Once you’ve thought through what you really want, and written it down, summarize it in one sentence.

Then, take anything that’s negative and backward-looking in that sentence and reframe it to be positive and forward-looking. For instance, “You’ve been underpaying me compared to the market value of my skills and experience” becomes, “How can we get to where my compensation here is more in line with my contributions to the company?” The open-ended version is likely to work much better.

Q: The book has great examples of how to handle a job interview. Could you tell us about that?

A: You want an interview to be a two-way conversation. Instead of launching right into talking about your qualifications, before you understand what the interviewer wants to hear, ask questions like, “Tell me your biggest need for this job?” and “What would success in this role look like?” Another good one is, “Tell me about the last superstar you hired. What is it that makes that person a great fit for the organization?” You want to make the interviewer talk as much as possible. That way, you can respond accordingly. Highlight what you could bring to the job that matches what they’re seeking.

Q: Besides not finding out what the other side wants, what’s the most common mistake people make in negotiations?

A: The biggest mistake is not negotiating at all! To paraphrase Wayne Gretzky, you lose 100% of the negotiations you don’t start! What stops us usually is that we fear hearing “no.” But I see “no” as the starting point of a longer conversation.

One thing that helps is, be mindful of your timing. The best time to ask for a raise, for example, is when you’ve just completed an important project, or when the company is doing well in part because of work you did.

Also, be creative about the result you want. A salary increase may not be in the budget right now, but suggesting something else—a perk, or more vacation time—might get a “yes.”

Q: One tip in Ask for More is the idea of “landing the plane.” What does it mean?

A: Don’t be afraid of silence. Often, people don’t reach the best possible outcome because they’re uncomfortable with waiting silently for an answer. But if you’re willing to say nothing for five or 10 or 20 seconds, the other person might surprise you with a better offer than you would have gotten if you’d rushed to fill that pause with a suggestion of your own.

Let’s say you’d be happy with a 5% raise. If your boss is taking a beat to come up with a number, and you blurt out that 5%, you’ll never know whether he or she was thinking of 7%—or even more. Silence can indeed be golden.

Q: Just to play devil’s advocate for a second here, you write that negotiating well can enrich relationships. Why does that matter?

A: It matters a lot, because your “opponent” in any negotiation is potentially a partner going forward. Whether you’re trying to get a raise from your boss, or a better price from a supplier, or a new job from a skeptical hiring manager, your current negotiation is always either part of an ongoing relationship or the beginning of a new one. How you handle your part in that relationship can be crucial to your career, not just right now but in the future.

Earn what you're worth

Salary negotiation is often the trickiest part of the job offer, but it (literally) pays to know what to say. Need some more insights to earning a good salary? Join Monster for free today. As a member, you'll get career advice and job search tips sent directly to your inbox. Learn what to ask for, when to ask for it, and how to ask for it so you get it.