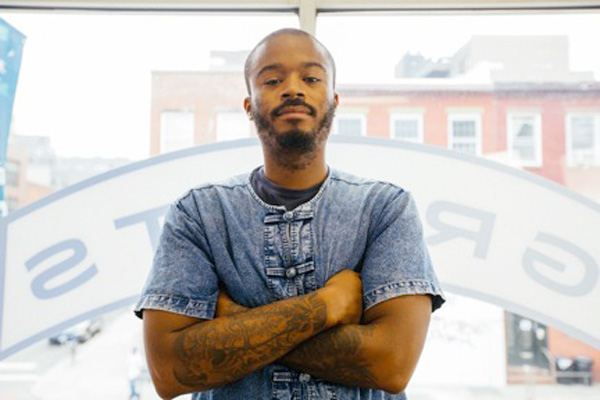 In the world of men’s footwear you’re probably familiar with major brands such as Nike, Adidas or Reebok. However, in the heart of Brooklyn, New York, there is an innovative startup that completely disrupts the traditional method of putting stylish shoes on your feet — and appropriately — they’re called "Greats."

The supply chain of Greats eliminates the wholesale/retailer aspect of traditional sneaker production. They design and produce in-house and then sell directly to the consumer from their office on Kent Avenue in Brooklyn. They’re a young, diverse startup with employees hailing from Venezuela to Long Island, working together in an entrepreneurial environment to create sneakers that are, “The best, for the most, for the least.”

I spoke with footwear design director Salehe Bembury, a design and footwear guru in his own right who — at 28 years old — is living the job of his dreams. Here’s his story and some tips on how to get into the illustrious (and competitive) world of footwear design.

The Path to Greatness

As a native New Yorker born and raised in Tribeca, Bembury's design aesthetic is heavily influenced by downtown culture. He’s also deeply passionate about footwear and the world surrounding it. More than just a well-informed consumerist, Bembury studies and analyzes every aspect of footwear from a functional and aesthetic perspective. To the layman, his personal collection of sneakers are merely products, but for Bembury, he can see the design logic behind them that brought them into existence. It’s a personal passion he’s turned into a profession, which for many, is a life’s ambition fulfilled.

However, his design career didn’t always have him working in the style he was most inspired by. His first job two months after graduating from Syracuse University’s industrial and interaction design program was at Payless ShoeSource. There he was responsible for designing not just men’s footwear, but women’s as well. Admittedly, he wasn’t familiar with this when he started but says, “to be a good designer, you have to be versatile.” Something he stresses to up-and-coming purveyors of fashion.

He later found himself working under Jeff Henderson at Cole Haan as an innovation designer where he designed loafers and wingtip shoes — another realm of footwear design outside of his comfort zone of high tops and sportswear. Still, he was able to adapt, mesh into that environment and produce a highly successful line of contemporary formal footwear.

Finally, after accumulating years of experience and a formidable portfolio, Bembury was able to design for a company that embodied what he’s personally inspired by. “I am the Greats consumer,” he says. “I’m almost designing for myself, rather than a demographic that’s alien to me.”

Not A Cog In The Machine

Bembury says the best part of being at Greats, “is the impact” he can have. He notes that, “When you’re in a big company you’re a part of this machine that, in theory, can keep moving on without you, whereas, here at Greats, it's seven people. We’re all equally important.”

With many startups, the employees have to be versatile in their job responsibilities. This also keeps things from getting mundane. Bembury continues to say, “At larger companies, my job was to focus solely on one thing. I wouldn’t walk into a sales meeting to pitch a marketing initiative. At Greats, everyone is involved in the success of the business.” This philosophy translates into his day-to-day work ethic, which makes his job feel like anything but.

Of his future plans, Bembury says, “I think at a bigger organization it’s more about growing within the company, but at a startup like Greats, it’s about growing the company.” It’s an all-for-one and one-for-all work ethic that seems to create a stimulating work culture. Bembury adds, “One of the secrets to life is loving what you do and for as long as I can remember I loved shoes. They brought a real joy to my life. I do what I love in a company that’s growing.”

Advice for Getting In The Door

For your resume, be relevant, says Bembury. “This may seem obvious, but only include industry specific work history.” And if you don’t have much? He suggests, “associate yourself with someone you respect. Names are important in this industry, so even if you can’t work for someone in paying position, don’t hesitate to take an unglamorous internship or apprenticeship.”

For your portfolio, “brands want to see how you think. In the beginning, I was trying to show off flashy sketches with pretty imagery. That wasn’t what it was about. It’s about problem solving. They want to see insight and they want to see a solution that leads to a final product.”

Though they’re a small team, Greats is always looking for talented motivated people. If you think you have to something to offer reach out to info@greatsbrand.com

Monster Wants to Know: Work in footwear design? Share your career path with us in the comment section.