“Whatever the path is, the goal is what unites traditional and alternative teachers ― providing our students with the highest quality education and ensuring that they feel empowered” 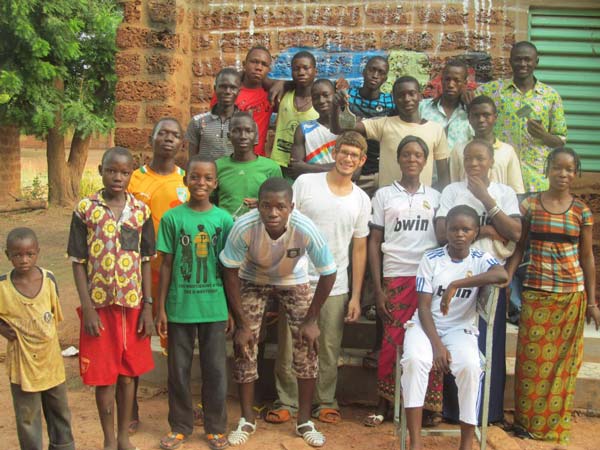 In celebration of Teacher Appreciation Week, Monster interviewed two teachers who took an alternative route in education. Dylan Manderlink, 23, is a Digital Communications and Audio/Visual Technology teacher for Teach For America (TFA), a national teacher corps focused on raising student achievement in public schools and David Sinopoli, 25, who recently returned from a Peace Corps term in Burkina Faso (West Africa) where he taught middle school math, science and English.

The typical route in education

To become a teacher, one must be educated, qualified and must earn a teaching credential for the state you want to work in. You’ll need a degree in education, experience working with students and a certification or master’s degree depending on where you want to teach. Specific requirements and testing varies by state, but in most you have to pass a content-knowledge test or complete specific college courses related to the subject you will teach. Prior to joining TFA, many corps members have not competed a traditional course of study in education, so most states will consider them nontraditional teachers. However, each state has different requirements and rules on earning credentials, sometimes referred to as alternative certificates or licenses.

“There are so many benefits to doing Teach For America,” Manderlink says. “Having the opportunity to uproot my life, move to a completely new region of the country, immerse myself in a new regional culture and community and meet students and teachers who inspire me everyday has been unforgettable.”

The alternative movement for teachers

Manderlink has been teaching at Cross County High School in Cherry Valley, Arkansas since August 2014. Her students are in the 8th, 10th and 11th grade. She is an elective teacher and teaches students how to navigate desktop publishing programs, Final Cut Pro, hardware and software programs, graphics editing and photography and filming techniques. Manderlink earned a degree at Emerson College where she studied a self-designed major called Investigative Theater for Social Change. In addition, she had a wealth of volunteer experience and extracurricular activities in college that helped her feel empowered to purse ambitious goals and professional pursuits.

Sinopoli can also relate to having uprooted his life to teach in a foreign community. As a student at the University of Michigan, Sinopoli studied secondary science and mathematics education. Additionally, he was a student teacher and received his state license. “I knew throughout the process that I wasn’t ready or willing to go right into teaching in an American classroom,” Sinopoli states, “I wanted more time to “grow up” and see the world.”

Sinopoli with his students in Burkina Faso. Photo courtesy of David Sinopoli

“I think what’s most important to understand with Peace Corps is that “working” is only one piece of it. You are now “living” in an entirely new environment that requires a new language, a new stomach, a new sleep schedule, a new bathroom and new standards on what it means to be clean and to be busy.” Sinopoli explains, “Sure I am giving up two years of my life without making much money, but I am doing more than “volunteering” and working – I am living, teaching, learning, dancing, eating, crying, smiling, sweating, celebrating, speaking and growing all while sacrificing my American lifestyle.”

In additional to sacrificing the American life style, volunteers in the Peace Corps are unpaid while teaching the less fortunate. The Peace Corps does provide a living allowance to volunteers, plus medical, dental and transportation. Upon return to the States, volunteers are provided a readjustment allowance, usually amounting to $8,775 before taxes and can often deter student loans during their term.

While teaching with TFA, corps members are employed by schools and earn the same salary and benefits as other first-year teachers. Salaries typically range from $24,000 to $51,000 depending on location. While urban areas will offer higher compensation, they also tend to have a higher cost of living. Similarily, the cost of living will be lower in a rural area, but you can expect to make a lower level salary.

In the United States, the annual wage for a teacher is $55,510. Since employment varies by state, location has the biggest impact on salary. The average annual salary for an elementary school teacher ranges around $41,000 in Mississippi and South Dakota; whereas salary increases upwards of $70,000 in Connecticut, Alaska and New York.

Sinopoli has a job as a middle school teacher in Michigan and believes his Peace Corps experience certainly helped his resume. “I would absolutely recommend Peace Corps,” Sinopoli exclaims, “If you are interested in joining, I would do the appropriate research and contact any recruiters and Returning Peace Corp Veterans to get the “real idea” of what serving is about. Peace Corps requires and deserves a lot of contemplation.”

Manderlink will serve two years in Arkansas and looks forward to developing her students and herself. She says, “Teaching is an incredibly hard job ― there are so many extra hours I put into my work day just with grading, lesson planning, connecting with my students, contacting parents, and helping out with school events but all of those extra hours are worth it because of my students.” She explains that the stories her students’ share has opened her eyes to injustices our nation’s youth experience in an under-resourced public school in rural America.

Manderlink is currently looking into a career in public service and social justice centered nonprofits. She recommends those interested in TFA select to move to a region where you have not been or one that is high-priority, as she believes her experience has been enhanced because of the cultural and community immersion she has had in Arkansas. Additionally, Manderlink believes that, “Whatever the path is, the goal is what unites traditional and alternative teachers ― providing our students with the highest quality education and ensuring that they feel empowered, successful, confident, and challenged along the way.”