Tech employers are targeting these key benefits for cutbacks

“Employee of the Month” could be going the way of the dodo—along with several major perks. 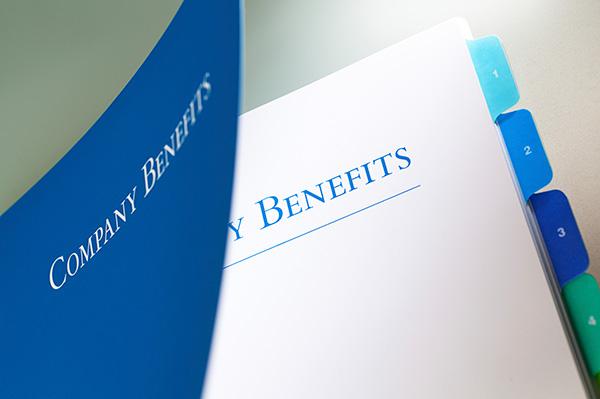 High tech salaries are on the rise this year.

That's the good news. The bad news is that even as paychecks are getting fatter, some tech employers are pulling back on benefits—or cutting them completely.

According to Computerworld’s annual salary survey, more than one in 10 (12.9%) of the 4,863 full or part-time IT workers participating in the survey said their companies had axed tuition reimbursement, while 12.5% said their organizations had eliminated plaques, awards and gift certificate programs. They weren’t the only benefits on the chopping block, despite a 3.6% uptick in pay for tech employees over the past year.

So much for “Employee of the Month”

Cutbacks in employee rewards programs were no surprise to Autumn Manning, the co-founder and CEO of YouEarnedIt.com, an employee engagement platform. "A lot of traditional reward recognition programs will spend a lot of money on the wrong things," she says.

Millennials, as well as others in the workforce, aren't going to commit to a long-term engagement with a company just because they get a hundred bucks and a gift card from time to time. That’s prodding businesses to reevaluate their rewards strategy, which may mean programs are being shelved in the interim.

"A lot of companies are rethinking the traditional approach to rewards programs and asking what really keeps people around,” says Manning, citing custom rewards and initiatives that drive connection, rather than hoary “Employee of the Month” plaques, as the future of the benefit.

Flexibility in the crosshairs

In addition to rewards programs, both telecommuting (11.7%) and flexible time programs (10.3%) were ripe targets for benefits cutters.

Those survey results puzzled Rickard Hansson, founder and CEO of
Incentive, a maker of an enterprise collaboration platform. "You get more value from people working remotely,” he says. "If I look at my employees, they're more productive when they have flexible hours or can work remotely. They get more stuff done when I let them handle their time on their own."

Part of the problem may be in viewing the option to work remotely as an employee perk, rather than something that equally benefits the employer—perhaps more so. Organizations that don't offer a remote work option can also hurt their ability to attract gifted candidates, says Hansson.

"If they say at an interview that they don't allow any remote working at all, that you have to be at the office from 8:30 a.m. to 5 p.m., I think they will lose a lot of very good talent.”

So why are employers pulling back? Blame it on bad press: One of the first acts of new Yahoo CEO Marissa Mayer was to scrap telecommuting because she felt it hurt the company's performance. Working from home also received a black eye in a recent report by the National Academy of Public Administration, which found that teleworking at the U.S. Patent and Trademark Office had become a right, and that managers had virtually no authority to discipline employees discovered slacking off at home.

Other benefit programs cited in the CW survey as elimination targets were healthcare (11.5%), compensation time (9.6%) and company-paid mobile phones (9.5%).

So should high tech workers worry about benefit erosion in their future? John Reed, senior executive director for Robert Half Technology, thinks not.

"We are not necessarily seeing this as an overwhelming trend with employers, especially as the market for technology professionals remains tight,” he says.

He cited a recent survey from Accountemps, a division of Robert Half, that found that 48% of CFOs claimed they were actually enhancing benefits as a tactic for retaining employees.

"In addition to keeping up with current salary trends, a competitive benefits package is still an important part in the recruitment and retention process and has the potential to be the differentiator for employees during their decision-making process," he says.

That doesn’t discount the fact that companies are reviewing their benefit offerings, keeping what works and dumping what doesn't. But when asked about their compensation packages, 91.7% of the survey participants said they were either very satisfied or satisfied with them—effectively putting lie to the notion that, despite some discouraging trends, there’s a benefit-related tech mutiny on the horizon