Phrases to never say to your boss

Hoping to get a raise or promotion? Make sure your boss never hears these words tumble from your mouth. 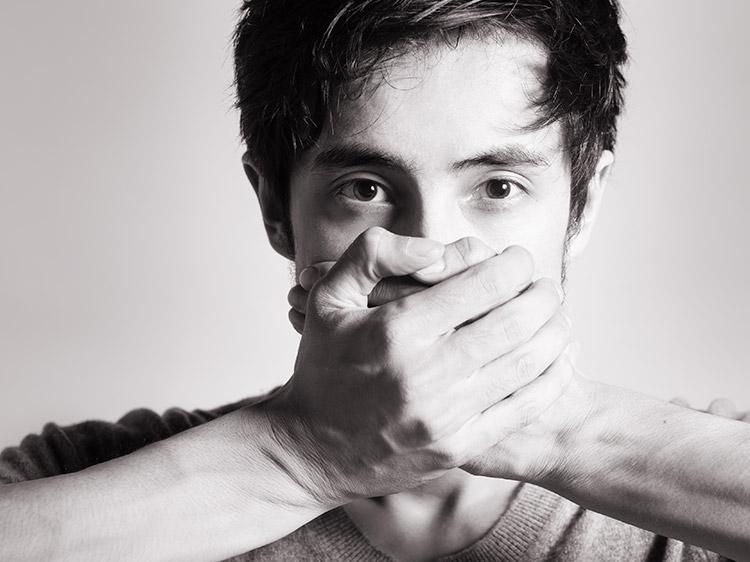 There are times at work when you must bite your tongue.

Everyone occasionally says the wrong thing to the wrong person.  After you backpedal furiously and apologize, the matter is usually put to rest and both of you can move on.

However, when that “wrong person” happens to be your boss, the awkwardness-level gets cranked to 10. Worse, you could lose out on that raise or promotion you’ve been gunning for. Worse yet, you could be fired.

To avoid that kind of catastrophe and keep your job and dignity in tact, heed these things you should never say to your boss.

“Everyone wants a raise, so you’re not saying anything that your boss doesn’t know,” says Nicole Wood, CEO and co-founder of career coaching firm Ama La Vida.

But hold your tongue and don’t make demands of your manager, particularly when it comes to salary.

The big problem with this four-word statement is your phrasing, says Chrissy Scivicque, career coach and founder of EatYourCareer.com. “The fact that you ‘need’ more money because your car broke down or your kid has to get braces aren’t good reasons for a raise,” she says, adding that a salary bump should be something that you’ve clearly earned.

Say instead: “I’d like to discuss a raise based on my performance this past quarter.” Then, cite important milestones, and quantify your accomplishments where possible; for example, “I negotiated a new contract with an existing vendor, which saved the company $20,000 over the next six months.”

This is one of the most common complaints managers hear from direct reports, says Tim Cole, CEO at career coaching firm The Compass Alliance. But badmouthing a colleague can paint you in a negative light—plus managers don’t want to have to deal with petty arguments between co-workers.

If you have an issue with a peer, try to resolve it with the person directly. If it’s not possible, and the issue is negatively impacting your work, bring it to your boss’ attention, but proceed with caution.

“Don’t make it a character assassination,” Wood says. Instead, point out specific things your peer has done to create a problem, and present a solution.

Say instead: “Jim is consistently late filing his reports to me, which is pushing back production and threatening the deadline. Here’s what I recommend we do.”

Using the aforementioned situation, let’s say you missed the deadline on account of Jim holding up production. Your initial reaction would be to blame Jim. Bad move. When something goes wrong, don’t scramble to point the finger at other people. You have to take responsibility for your project, Cole says.

Granted, you don’t want to simply accept blame—you should also explain how you’re going to avoid repeating the mistake in the future.

Say instead: “I understand that this is an issue. Here’s what happened, and here’s how I’m going to prevent it from happening again.”

“But we’ve always done it this way.”

No one wants to work with someone that’s resistant to change. “Managers want employees who can adapt and find new ways of doing things more effectively,” says Scivicque.

Translation: When your boss asks you to do something differently, don’t get defensive—respond positively, Cole advises.

Say instead: “This sounds like a great idea. I’d love any recommendations you have on how to do this, since it’s different than how we’ve done it in the past.”

Nothing good can come from telling your boss you won’t do something because it’s not part of your job description. “It doesn’t matter what you were hired to do,” Wood says. “You should be willing to contribute in new ways.”

That being said, if your manager asks you to do something that would be a better fit for a co-worker based on your peer’s area of expertise, don’t be afraid to express that to your boss.

“That’s above my pay grade.”

If your boss asks you to do something that you believe is outside the scope of your position, you should express your concern. The key, however, is to use a neutral tone.

Say instead: “I don’t think I have the authority to make that decision. Do you think ____ would be more appropriate to handle this task?”

“I have too much on my plate.”

Many people believe that declining a new project or assignment can be perceived as being lazy or underperforming, but you don’t want to become so overwhelmed that quality of your work suffers. Hence, it’s important to speak up if you’re feeling maxed out, but avoid whining to your boss.

Say instead: “Right now I don’t think I have the bandwidth to take on this new assignment, but if this is a priority, can you help me reorganize what I’m working on?” If possible, offer your manager a solution to how you can reduce your workload (e.g. “Our new account needs my attention this week. Can we delegate this assignment to Amanda, since she’s worked with this client in the past?”)

Find yourself just sitting at your desk daydreaming? If so, it’s your responsibility to look for ways to fill your spare time. “If you just say, ‘I’m bored,’ you’re dumping the problem on your boss’ shoulders,” Wood says.

Your best tactic is to find out if your manager has any tasks that could be passed on to you. Offer to look at your department’s procedures and see where you can introduce efficiencies.

Say instead: “Here are some things that I’d like to be working on. Can I expand my responsibilities to take on these tasks, or is there something else you’d like me to take off your plate?”

What not to do vs. what to definitely do

The workplace offers plenty of new and inventive ways to put your foot in your mouth, which means you need to be on your toes (no pun intended) when chatting with the boss. Could you use some help navigating these challenging waters? Join Monster for free today. As a member, you’ll get career advice and job search tips sent directly to your inbox to help you avoid looking less than professional. From gaining the trust of co-workers to negotiating a raise to networking with colleagues, Monster can help you steer clear of potential (thoroughly embarrassing) hazards. And did we mention you get all these valuable lessons for free? You can't afford to pass this up.