They want you, but you don’t want that salary. Put on your negotiating hat and get to work. 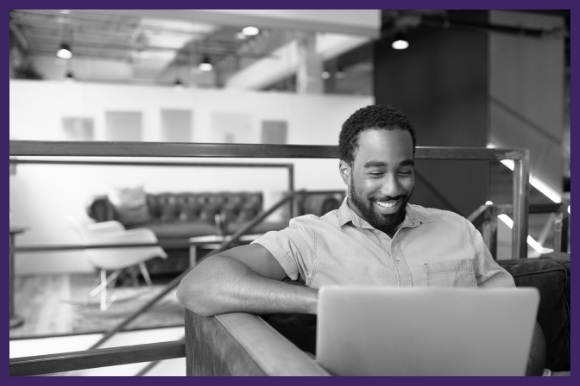 Know how to counteroffer a job offer and get what you deserve.

It’s a wonderful thing to get a job offer. A company wants to hire you, which is a vote of confidence and a sign that you’re doing something right.

Unfortunately, not every job offer comes with the salary of your dreams. And that can put you in the position of contemplating making a counteroffer. It can feel like a tricky dance, and many workers avoid it altogether by accepting the first offer without trying to negotiate. But it’s always worth making the effort.

“Don’t accept the first offer,” says Vicki Salemi, Monster career expert. “If it’s close to where you want it to be, or even if it’s what you think you should get, tell them you need to evaluate it and that you’ll get back to them.”

This gives you a little breathing room to assess the offer and decide how you’re going to proceed. The following strategies will help you make a smart next move.

Do your research ahead of time

Based on the responsibilities involved, the area of the country the job is in, and your own experience, you should understand the salary range you’re facing—and which end of it you’re hoping to land on. And you should know all of this before you receive the job offer. Pro tip: Check Monster's salary guide to find out what a person in your position makes.

“That means speaking to your former boss, mentors, former colleagues, and even talking to professional organizations within your industry,” Salemi says. “So, if you’re an accountant, call the AICPA and ask if you can network with one of their officers.”

You can also reach out to your social media business contacts. To be clear, you’re not asking people how much they make. You’re asking, “What’s standard for the industry?” says Roy Cohen, a career counselor and executive coach in New York City. “What’s standard for this company? You need a benchmark in order to know whether you have room to negotiate further.”

What are they offering you, and what could they offer you? If they can’t go any higher on salary, are you prepared to ask for other perks?

“Start thinking about what you can ask for that’s outside the box but at the end of the day is additional compensation,” Salemi says. Maybe they offer a commuter’s allowance, or tuition reimbursement. Maybe there’s a chance of a signing bonus. Write down the top three non-salary items you could request if they won’t budge on pay.

Understand, too, what your make-or-break asks are. If a hiring manager has no bandwidth to offer more money, will you be able and willing to accept the role if they throw in some additional benefits? If not, it’s not worth negotiating for extras if you’re going to walk away from the table either way.

First, and above all, thank them for the offer. “It’s like receiving a gift that may not be a perfect gift, but it’s still a gift, nonetheless,” Cohen says. “It’s up to you to illuminate them as to why you deserve to receive an enhanced offer, but you’ve got to be sure that they know you appreciate it.”

From there, tell them you were hoping for an offer more like X or Y. “Know how you’re going to say it and what you’re going to ask for, and don’t over-talk,” Salemi says. “Allow for silence. If you find yourself babbling, then it’s probably time to listen. Pause for their reaction.”

“It’s hard to know where the line is, but part of it depends on the company and their need,” says Kiely Flanagan, a consultant and career coach in Raleigh, North Carolina. “It depends on the skills, the education, and the background you’re bringing to the table—so in essence, how in demand are you? That demand affects what they’re going to be willing to offer and whether they’ll go above the range they’ve allocated for this particular position.”

And of course, be nice. Stay positive and flexible. “Sometimes people think the negotiation process is separate from the entire recruiting and working experience, and it’s not,” Flanagan says. “You can push as hard as you want to push, but it sets you up for a negative relationship with the hiring manager and recruiters. You’ll gain a reputation for being demanding.”

Be ready to walk away

Salary negotiation can be one of the hardest parts of your job search. But knowing when to walk away from an offer and politely say no thanks can be just as hard. Need help learning the ins and outs of job searching? Join Monster for free today. As a member, you’ll get weekly emails with career advice and tips on job searching, interviewing, and negotiating. You’ll also get weekly lists of companies hiring and jobs in your area just in case the current offer isn’t what you bargained for. That’s a deal that’s hard to turn down.