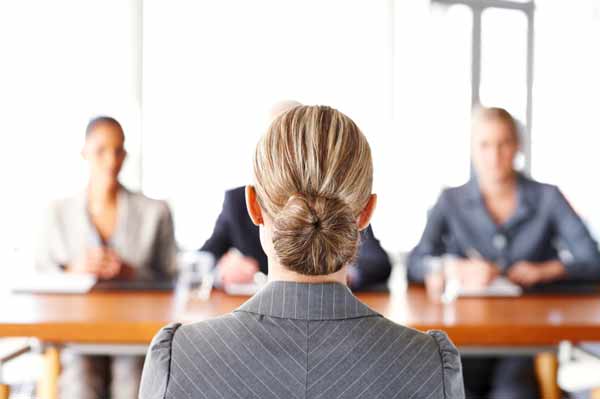 Tech has a reputation for tough interview questions, with Google being one of the most rumored companies to ask its potential employees complicated brainteasers and other tough -- or sometimes downright strange -- questions. While Google is alleged to have banned some of its tougher interview questions, the logic behind this interview practice remains at plenty of tech companies.

Why is it that tech is known for asking potential employees tough questions? “Developers, network administrators, programmers, etc. must be excellent problem solvers and quick to think on their feet. A critical mind that responds well to challenges is necessary. Asking off-the-wall questions is more about seeing how a candidate responds to the unknown and how they creatively solve problems. Responding well to a crazy question could indicate a candidate's ability to solve a crazy bug or glitch in a system or program,” states Healther Neisen, HR Manager of TechnologyAdvice.

Chances are, if you find yourself in an interview for a tech position, and the questions seem a bit odd, they might be testing certain aspects of your personality. Whether the interviewer is trying to gauge how patient you are, your level of critical thinking, or some other trait that will be necessary in the position, there is a reason behind even the oddest interview questions. Well, most of the time, at least.

Here is a list of some of the toughest, weirdest, and most innovative interview questions and practices in tech.

Michelle Burke, Marketing Supervisor of WyckWyre Food Industry HR Systems, says she often asks employees to "explain the Internet to someone who's never heard of it before?" The reasoning behind this question is to determine an applicant’s “problem solving skills, attention to detail, patience levels, and overall customer service techniques.”

Why Shouldn’t I Hire You?

This question takes a unique spin on “What is your greatest weakness,” by testing an applicant's honesty. Most of us know by now that we are supposed to spin the “greatest weakness” question into our greatest strength, but Burke’s company isn’t interested in how good you can make yourself look. Burke states, “Honesty is the best policy in an interview. If we can tell an applicant is lying by saying 'Don't hire me because I'm too organized,' we don't suggest hiring them. Honest answers such as 'Don't hire me because I have too little experience, but I plan to expand that in this job by doing 'x',' are great responses because they show honesty but with a plan to succeed within the company.”

At TechnologyAdvice, HR Manager Heather Neisen asks potential employees to join in on a game of ping-pong. “We did a short trial run of observing candidates' responses to varying levels of difficulty in a game. We were able to see their reactions in real-time how they reacted to challenges and adversity as we played. We found this method was not only fun, but very insightful in seeing someone's ‘true colors,’ since in-person interviews are often rehearsed for both employer and employee - games of ping pong are definitely not!”

Sometimes you might never receive an explanation for the strange interview process, which was the case for Jamie Gianna. During an in-person interview, he noticed the COO of the company was asking him questions about what he ate for breakfast and where he purchased his tie. After asking Jamie what animal he would describe himself as, the interviewer answered his own question, “He jumped up onto his seat and said ‘for myself I would be a monkey’ and began with gesturing arm movements, grunting sounds and swinging side-to-side. Suddenly the door opened up and there stood the COO. ‘Jimmy get out of here now’ he screamed.” While Gianna can’t know if he was being tested, or just the victim of a practical joke, it taught him to remain calm and to expect the unexpected, because “you never know when you might meet your own Jimmy.”

Hunter Nuttall, founder and CEO of NextChore, wasn’t sure if an interview was the result of a hasty interviewer or a strategic stress test. “I once had an interview filled with tricky logic questions. The weird thing was that the interviewer was reading the questions lightning fast over the phone. I was trying to write down all the details but couldn't keep up. I had to ask him to repeat each question a few times. Some people thought it was a stress test to see if I'd crack under the pressure. I took the job though.”

Search job openings on Monster to land your next tech interview.

Monster wants to know: What is the strangest, toughest, or weirdest question you've ever been asked in an interview?