Cities with the most and least robots

Whether you love or loathe how automation is affecting the job market, you should know where in the U.S. the robots are putting down roots. 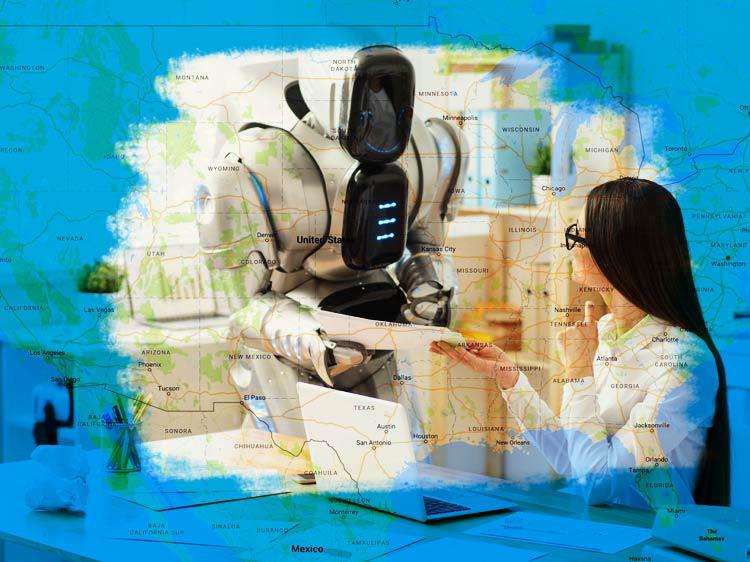 In case you’ve been living under a rock, here’s a newsflash: The robots are coming—and they want your job. Actually, some of the robots are already here.

Wherever you look, you’re sure to find plenty of doom-and-gloom content about the rise of automation instilling fear in the workforce, as machines replace human workers. (Of course, if you happen to work in tech, you probably couldn’t be more delighted at the booming number of jobs that automation is creating in your industry.)

The media isn’t wrong. The use of robots is rapidly expanding, especially in the transportation, logistics, administrative support, and service industries, according to an Oxford University study.

For the anti-automation crowd, this leaves you with two options: Either confront your competition head-on or run away from the robots altogether.

If you chose the former, there are tactics you can apply to keep yourself from becoming obsolete. But if you chose the latter, you might want to consider moving to select places in the U.S. that have so far resisted the robots.

A recent study by the Brookings Institution mapped out where the most industrial robots are and where they aren’t. Your favorite vacation spots—including beachy destinations in Hawaii and Florida and big cities like New Orleans, Las Vegas, and New York City—are experiencing the least amount of automation.

Meanwhile, those of you who embrace our robot overlords should check out Midwestern cities in Ohio, Michigan, and Tennessee, which are awash with automation.

Take a look at the list below to see where you’ll find the most and least robots.

Where the robots aren't:

Where the robots are: