What not to do when you have to fire an employee

There are good ways and bad ways to let someone go. Avoid the bad ones so that a tough situation doesn't get harder. 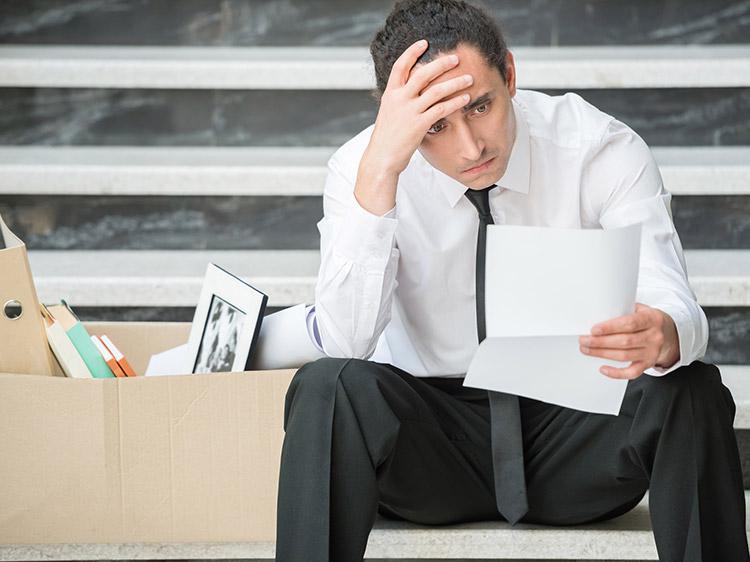 Firing someone is hard on everyone, so handle it professionally.

Climbing the corporate ladder has its advantages—higher pay, more prestige—but there are some responsibilities that come with your job experience that are less fun. For instance, you may have to give someone the boot, which can be a tricky and delicate process.

There are classy and appropriate ways to handle it—and then there are clumsy, unprofessional efforts that make a tough situation even harder for everyone.

Monster rounded up real-life situations that should have been handled better. If you’re ever in the position of having to let someone go, learn from these examples of how not to fire someone and avoid these embarrassing pitfalls.

Don’t let them hear it from someone else

Holly, 59, was part of a large reorganization in which 200 people’s jobs were eliminated when two divisions merged. “We knew things were afoot, and many folks met with their managers to find out the bad news,” she says.

Unfortunately, Holly’s manager didn’t make it to her in time. “When they sent out the new org chart, I was not on it,” she says.

Communication missteps happen, but you should be especially careful when it comes to news about someone’s livelihood. “That’s a horrible way to find out,” says Tammy Gooler Loeb, a career and executive coach based in the Boston area. “It’s like finding out your company is being bought by reading it in the newspaper.” Ditto to hearing that you’ve been fired by overhearing your coworkers talking about it.

Treat firing news like it’s a state secret, not hot workplace gossip. Don’t tell anyone who doesn’t need to know, and make sure the person who needs to know hears it before the rest of the world. Says Loeb: “Mistakes like this get made, and it affects people deeply.”

Don’t take the easy way out

Maria, 36, got a call from her boss on a Monday morning before work. “He saw my LinkedIn profile over the weekend and felt I did not correctly describe what I did at his company,” she says. “He was so incensed, he didn’t want me to come in at all.”

The conflict? Maria said her job duties included communicating with clients, but her boss didn’t agree, saying Maria only emailed with clients, which he didn’t feel counted as communication. Sound shady? That’s because it was. “The company was not doing well, and he wanted to get rid of people,” she says. “But he was also not a good person.”

Companies can fire employees for any reason that doesn’t violate discrimination law or public policy. But doing so in person—if possible—is the most respectful move. “It’s a confrontation, and you can’t do it by email or texting or whatever,” says Laura MacLeod, an HR expert and consultant with From The Inside Out Project, an employee morale company. “You need to look somebody in the eye and tell them. When you fire somebody, you’re sending a message, not just to that worker, but to the entire culture of a company: ‘This is how we do things.’”

Katie, 38, recalls a friend who was fired near Christmas time. “The way the CFO did it was telling her that, ‘There’s no more room at the inn,’” she says. “Yes, that’s a reference to the birth of Jesus.” Wow.

The holidays aren’t the best time to let someone go, although in the end, there is no good time to be fired. But above all, jokes of any kind aren’t the right tone to take in the firing discussion.

Keep the discussion straightforward and brief. “The reference to the inn, that’s completely inappropriate,” says Lew Bayer, CEO of business etiquette company Civility Experts. “And in that case, I think overtly disrespectful.”

Being fired is a bad day for anyone, but you can add to the pain by being a jerk. Randy, 46, was fired from his IT job a few years ago by a manager who said he’d already run the termination past all the executives, all the way up to the CEO, saying, “So don’t even bother trying to stop this.”

“In other words, he’d preemptively thrown me under the bus already, behind my back, without warning,” Randy says.

When you approach a firing, ask yourself how you would want to be fired. “Sometimes we get so focused on what it is we have to do, we forget about the other aspects of it,” Bayer says. “How is it going to make people feel? We have to pause and remember that there’s a human on the other end of that conversation.”

When Russ, 46, suffered a severe anxiety attack at work, his higher-ups told him to take some paid time off before returning, and they stipulated that he should see a doctor and get some therapy before he returned. “They said, ‘Take care of yourself and do what you’ve got to do and come back,’” he says.

However, a few weeks later, Russ got another call. “They had talked it over and they decided that I could no longer step foot in the agency, and I was fired on the spot,” he says. “I was like, ‘What are you talking about? I did everything you asked me to.’”

Needless to say, if you have concerns about an employee’s fitness for a position or about a particular situation, it’s better to be clear about it. “It seems like they left out a whole part and deliberately misled, which is not a good way to be,” Bayer says. “They weren’t honest or transparent about their concerns. I have a sense that they probably never intended to have him back.”

Be a better leader

No one wants to be a bad boss, but it’s not easy to manage a staff and also stay up to speed on the latest workplace protocols. Need some help with that? Join Monster today. As a member, you’ll get weekly updates with advice from career experts on the latest employment trends and management skills. You can also get job alerts, just in case your current situation isn’t working out.