You communicate with more than words in a job interview. Here's expert advice on how to effectively let your body do the talking in an interview. 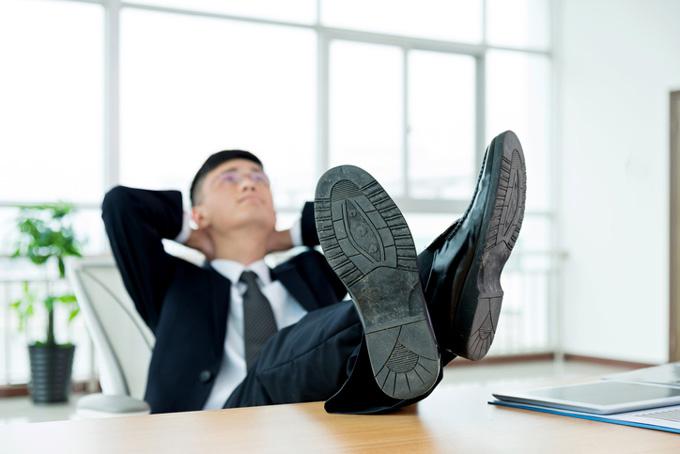 Savvy job seekers know how important choosing the right words is when communicating with prospective employers. But what about nonverbal communication?

"You could be saying how great you are, but your body could be giving your true feelings away," says Alison Craig, image consultant and author of Hello Job! How to Psych Up, Suit Up, & Show Up. Mark Bowden, author of Winning Body Language, agrees with Craig—and with the highly regarded Mehrabian communication study, which found that if what's coming out of your mouth doesn't match what your body is saying, your audience is more likely to believe your body.

Here's some expert advice on how to effectively let your body do the talking in a job interview:

Craig and Bowden agree that the interview starts even before you get to the interview room. "You don't know who could be in the parking lot with you, looking at you from a window or standing next to you in the elevator," says Craig. "Your body should tell anyone who might be watching that you're confident and calm. It's not the time to be frantically searching through your portfolio for printouts of your resume."

Show your good side

Hiring managers often ask receptionists for their take on people who come to the office for interviews, so Bowden suggests letting them observe you without letting on that you know they're watching. "Sit with your profile to them," he says. "It makes them feel comfortable, and if they're comfortable, they're more likely to form a good impression."

Craig suggests trying to predict the direction your interviewer will come from, so you can sit facing that direction. It'll make the greeting more graceful.

While waiting, don't hunch your shoulders or tuck your chin into your chest, which will make you seem closed off. Sit with your back straight and your chest open—signs that you're confident and assertive. "But don't take this to the extreme," cautions Bowen. "Elongating your legs or throwing your arm across the back of the chair can make you appear too comfortable, even arrogant."

Also, says Craig, don't have so much stuff on your lap that you're clumsily moving everything aside when you're called. You want to rise gracefully, without dropping things, so you can smoothly greet the person coming to get you.

Shake it, don't break it

Job interviews mean handshakes—so what are the secrets to the perfect handshake? The overly aggressive shake, or "death grip," as Craig calls it, can be as off-putting as the limp handshake, so practice with a friend before the interview to find the right balance.

You're going to be shaking with your right hand, so prepare by arranging your belongings on your left side. Offer your hand with the palm slightly up so that your interviewer's hand covers yours. "It's a sign that you're giving them status," says Bowden. And never cover the other person's hand with the hand you're not shaking with—it can be interpreted as a sign of domination.

The walk to the interview is the perfect time to use body language. Always follow that person, whether the person is the hiring manager or an assistant, to show you understand the protocol. You're saying, 'I'm the job candidate, and you're the company representative—I follow your lead.' Bowen adds that you should try to "mirror" that person's tempo and demeanor. "It shows you can easily fit into the environment," he says.

At the interview desk

In the interview room, it's OK to place a slim portfolio on the table, especially if you'll be presenting its contents, but put your other belongings on the floor beside you. Holding a briefcase or handbag on your lap will make you seem as though you're trying to create a barrier around yourself, cautions Craig.

Avoid leaning forward, which makes you appear closed off, Bowden says. Instead, he advises sitting up straight and displaying your neck, chest and stomach area—to signal that you're open.

When gesturing with your hands, Craig says, you should always keep them above the desk and below the collarbone. "Any higher and you're going to appear frantic," she says.

Bowden advises that you keep your hands even lower, in what he calls the "truth plane"—an area that fans out 180 degrees from your navel. "Gesturing from here communicates that you're centered, controlled and calm—and that you want to help," he says.

It's fine to sit about a foot away from the table so that your gestures are visible, he says.

The art of departing

At the end of the interview, gather your belongings calmly, rise smoothly, smile and nod your head. If shaking hands with everyone in the room isn't convenient, at least shake hands with the hiring manager and the person who brought you to the interview space.

You may be tempted to try to read your interviewers' body language for signals about how the interview went, but don't, cautions Bowden—because they're likely trained not to give away too much. "Don't allow any thoughts into your mind that may [cause you to] leave the interview in a negative way," he says.