Millennials, this is how you can prove those negative stereotypes wrong

Millennials get a bad rap. Monster spoke with a few to find out how the stigma affects them in the workforce. 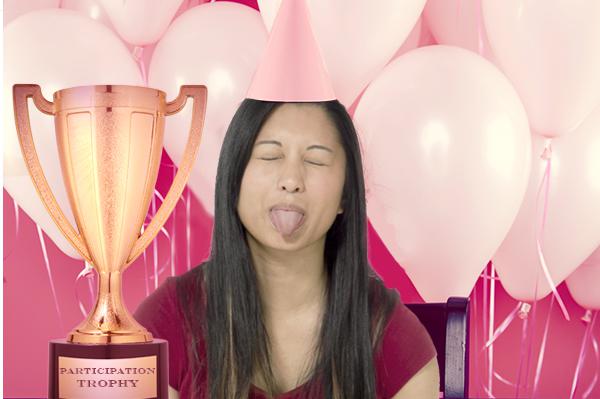 To some, the word “Millennial” sounds like a dirty word. The “M” word, let’s call it. Unfortunately, being associated with this word comes with a few negative connotations—whether deserved or not. Often, those connotations extend to the way Millennials work.

And granted, the Millennial generation, roughly comprised of people between ages of 21 and 34, has stirred things up in the workplace Recently, Monster’s Multi-Generational Survey found that Millennials tend to not conform to the traditional notion that long hours behind a desk makes for a more productive employee. Managers view them as people who expect more than they deserve; society views them as the “me” generation.

But this could all just be a problem of perception. For example, Millennials place a great deal of value on flexible work schedules and using technology as a means of being more productive, the Monster study found. So it’s not that they don’t respect desk-sitting, they do, they just think there are more productive ways to be, well, productive.

We spoke with some Millennial workers to determine which stereotypes they’re up against in the workforce.

You can watch below to hear what these Millennial employees are saying about these, let’s call them, “generational misperceptions,” and then keep reading to find out what you can do to reverse the negative connotation associated with being a Millennial.

Some older workers view Millennials as ladder climbers—a sect of entry-level employees who want to make it into a corner office without paying their dues. Part of this stems from how the traditional hierarchy in many industries has faded over time. Younger workers are advancing more rapidly than previous generations did, says Jennifer McClure, president of leadership strategy firm Unbridled Talent in Cincinnati.

Naturally, that’s unsettling for many Baby Boomers who had to put in more time to get promoted. Thus, for Millennials, “the best way to signal to people that you’re willing to pay your dues is by paying them,” says Jaime Klein, founder of Inspire Human Resources, a human resources consulting firm in New York.

How to prove them wrong: Show you’re a team player by incorporating other people’s ideas into your workflow. Before submitting an important budget plan, for example, ask a more seasoned colleague to look it over. “Most people want to offer advice, and they feel flattered when they’re asked for it,” says Marcelle Yeager, president of Career Valet, a professional coaching firm based in Washington, D.C. Lend a hand when a co-worker needs help, such as offering to cover for a colleague when they take maternity or paternity leave.

Helicopter parenting has given the older generation an impression that Millennial workers need constant positive reinforcement, Yeager says, leading some to call them “praise-hungry,” when, in reality, the generation is simply accustomed to getting more frequent feedback.

How to prove them wrong: Express to your manager that you want constructive criticism on a consistent basis so she doesn’t think you’re just fishing for praise. Frame your request around your manager’s needs—not yours. Try: “I’d love to meet with you each week for 15 minutes to discuss my performance, so I can make sure I’m meeting your expectations.”

Instagram, Snapchat, text messaging—there’s no shortage of potential distractions to your workflow. And since Millennials are seen as the first digital natives, many people assume they lack focus. That is the case for some, but you’ll find workers of all generations who are distracted by technology, McClure says.

But you know that most of the time—when you’re not playing Candy Crush or browsing through your Timehop, of course—all those digital “distractions” are helping you do your job better.

How to prove them wrong: It’s up to you to explain to your manager how something helps you at your work. Checking Twitter to stay on top of industry news? At the team meeting, mention, “I just read a great article CNN tweeted about one of our competitors.”

It’s true: Younger workers change jobs more frequently. A 2016 Gallup poll found that 21% of Millennials changed jobs within the past year, which is more than three times the number of non-Millennials. But there’s a reason they’re so nomadic: “Millennials move around more because that’s often what they need to do to get promoted,” Klein says.

Additionally, research by Wharton management professor Matthew Bidwell found that external hires get paid, on average, 18% to 20% more than internally promoted workers. Clearly there are financial benefits to changing employers.

How to prove them wrong: Yeager advises staying at an organization for at least one year; otherwise, prospective hiring managers might begin to assume you lack commitment. And be prepared to field questions in job interviews about why you’re looking to leave after a year. Focus on why the move makes sense given your career goals versus slamming your current employer.

It’s a perception often derived from the fact that Millennials value flexibility—and aren’t afraid to express so to their boss. But before asking for privileges like telecommuting, focus on doing a great job. “Organizations want someone to deliver proven results before they’re granted more flexibility,” Klein says.

How to prove them wrong: Want to work from home one day each week or get transportation reimbursement? Before you ask for benefits beyond the norm, prove your worth by providing quantifiable achievements, like exceeding sales goals by 200%, and then be specific in your request. Klein suggests asking to start on a trial basis to get the boss on board.