How to gracefully exit a networking conversation

Holiday networking have you feeling awkward? Wrap things up quickly and politely with these three moves. 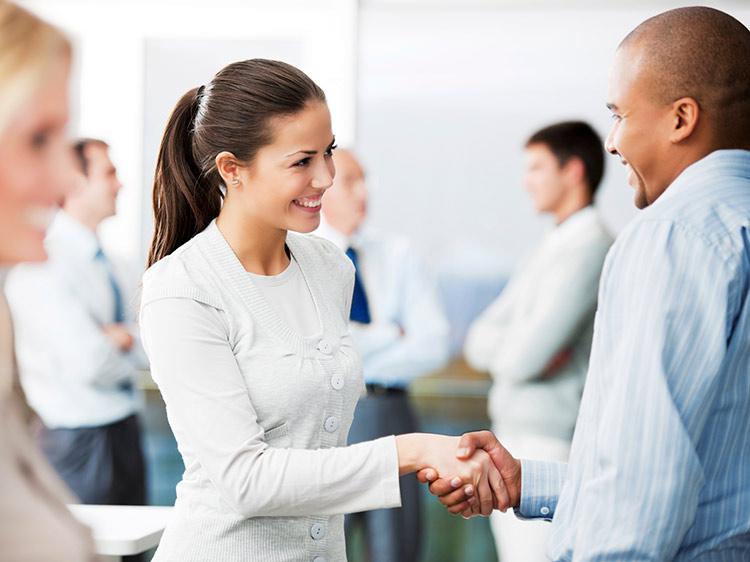 Does this sound familiar? You’re at a holiday networking event and meeting as many people as possible when boom!—you get stuck in a corner talking to a terribly nice person who has a whole lot of nothing to say.

Ugh. You don't want to be rude, but there are, in fact, a handful of influential people you were hoping to connect with. Unfortunately, that isn't going to happen if you can't get out of this conversation.

So you need a way out, and stat.

But how? It can feel awkward to exit a conversation, especially when it seems like the other person wants to keep going. You might even be nervous that your sudden BFF will think you’re rude—and hey, just because this person isn’t useful to your career now doesn’t mean he might not be one day. So you don’t really want to leave him with a bad impression of you, either.

The good news is that it’s possible to tactfully end the conversation without ending the relationship. Try these tactics to make a graceful exit.

Saying you are going to go to the restroom, get something to eat, or refill your drink is one of the oldest tricks in the book, so it can come off sounding a little canned. Pamela Weinberg, a New York City-based career coach, instead recommends being honest.

“Wrap up your conversation by thanking the person for their time and letting them know that you enjoyed meeting them,” says Weinberg. “Then say something honest like, ‘Please excuse me, I want to catch Jim, my former colleague, to say hello before he leaves.’”

Saying you’re headed off to connect with someone else is perfectly reasonable since it’s a networking event, and the fact that you actually intend to follow through on what you’re saying will make you sound more sincere as you make your exit.

Another humane way out is to ask for the person’s contact information, and make plans to follow up and continue the conversation later.

“Offer a handshake to your fellow attendee, look the person in the eye, smile, and say something such as, ‘Leon, it was great to meet you tonight. I do want to connect with a few other folks while I am here, but can we exchange contact information to stay in touch?’” says Kevin Grubb, executive director of the Villanova University Career Center.

Mentioning the person’s name will make them feel recognized and help you remember their name in the future.

Caveat: Don’t try this approach unless you actually intend to reach out. You don’t want to lead anyone on.

When you’re talking to someone one-on-one, a great way to transition out of the conversation is to introduce the person to someone else, says Emily Merrell, founder of the networking group Six Degrees Society. That way, you’re not leaving the person to be a lone wolf at the party and maybe you’ve even helped her make a useful connection.

“Say something like, ‘I want to introduce you to my friend Beth. I think you’ll have a lot in common—she also transitioned from a large corporation to a startup,’” Merrell says.

You don’t want to treat a networking event like a speed dating event, so focus on having authentic, impactful conversations before gracefully exiting the conversation to meet someone new.

Nervous about networking? Listen to our podcast with tips for people who hate networking:

Get some help making connections

If you're looking to branch out career-wise, there are plenty of not-at-all-uncomfortable ways to do so. Could you use some help with that? Join Monster for free today.  As a member, you can upload up to five versions of your cover letter and resume—each tailored to different types of jobs that interest you. Recruiters search Monster every day looking to fill top jobs with qualified candidates, just like you. Additionally, you can get job alerts sent directly to your inbox so you can apply as soon as new positions are available. Those are just two quick and easy ways Monster can give you an advantage without any awkwardness involved.