Women often make three mistakes when negotiating compensation. Learn how to get what you deserve. 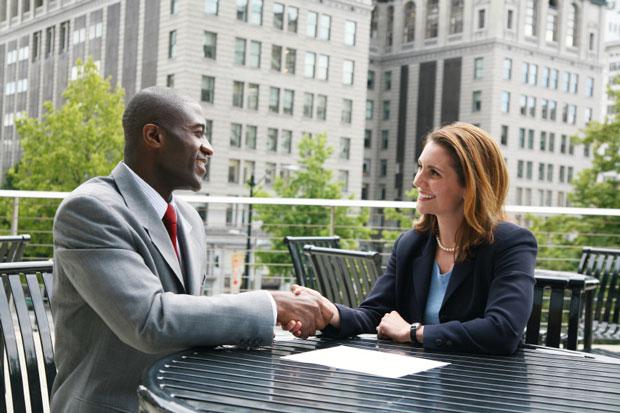 When Maxine Hartley, now an executive coach, was a young human resources executive being recruited by an Atlanta-based company, she did her homework and knew the terms she would need to make the move. But as Hartley realizes now, she wasn't prepared to negotiate the deal she wanted and, not surprisingly, didn't get it. What went wrong?

Hartley liked the company and was very interested in the position, and the company wanted to hire her. She had decided she needed $50,000 to make it worth her while to move to Atlanta. When the company offered her $40,000, she declined the offer. She did what many women do: She looked at the offer as a choice, not as an opportunity to negotiate.

Today, Hartley would advise a client facing a similar situation to ask for a higher salary. If that did not work, she'd suggest the client try to bridge the gap by asking for a signing bonus or a six-month review.

In researching A Woman's Guide to Successful Negotiating, my daughter and I interviewed more than 50 of the country's most successful women, including Cathleen Black, president of Hearst Magazines; Lisa Caputo, former White House press secretary to Hillary Clinton; Emmy Award-winning actress Christine Baranski; Susanna Hoffs, lead singer of The Bangles; Katie Ford, CEO of Ford Modeling Agency; Elaine Conway, director of the New York State Division for Women; and Katie Blackburn, executive vice president for the NFL's Cincinnati Bengals. Based on that research, we identified 10 common mistakes women make. Of these, the three biggest mistakes are:

Almost Everything Is Negotiable

Like Hartley, many women fail to recognize that an opportunity to negotiate exists whenever they receive a job offer. One of the strengths women bring to negotiating is their ability to develop relationships. It's always harder to say no to someone with whom you have a relationship. By the same token, sometimes women do not ask for something they want -- and could get -- out of fear of damaging the relationship. This fear often holds women back when they are negotiating. It almost never hurts to ask.

How you ask makes all the difference. Ask, don't demand. Always ask for more than you expect to get. You may not get everything you ask for, but you will be surprised at what you do get.

Negotiate for Yourself as Forcefully as You Would for Someone Else

Many women find negotiating for themselves difficult. Women are often raised to believe that asking for things is selfish and unseemly. This puts them in a particularly difficult position when it comes to negotiating their own compensation. My advice to all of you -- men and women -- who have difficulty negotiating for what you want is simple: Get over it.

If you do your homework, you will know what is fair and reasonable to ask for. Don't settle for less. Think about what you would do if you were negotiating for someone else and do it. If you don't make sure that you get everything you deserve when you negotiate compensation for yourself, no one else will. Plus, every future raise you get and every bonus going forward will be based on what you negotiate now. If you accept too little, this mistake will be compounded for the remainder of your career.

Don't Be Afraid to Say No

Because women generally are more concerned about relationships, they tend to be more hesitant to say no. They want to keep everyone happy. But being able to say no is critical when negotiating compensation. Sometimes it is necessary to say no before you can get what you want. You do not have to say it loudly or aggressively. However, if an offer is less than you think it should be, you need to point that out politely but firmly and ask if the employer can improve the offer. If not, you need to be willing to walk away.

Knowing about these pitfalls gives you the power to avoid them.