What to do when you spot your employer doing something illegal

Finding out your employer is doing something illegal can be traumatic. Here’s how to protect yourself and others. 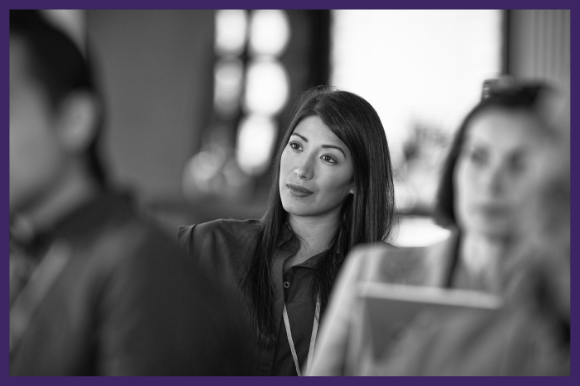 Understand your rights as an employee.

Your boss may very well call the shots at your job, but that doesn't mean every move and decision will be good ones. There are plenty of things your boss can't legally do, even if they seem relatively harmless. If you think someone is breaking the law at work, one option is to simply quit—find a better job where people respect the law. But in other situations, your conscience or your financial situation may require you to stick around and try to fix the situation. Here’s how to protect yourself and others from potential retaliation.

Make sure you have the facts

Your first step depends on the facts you’re dealing with, says Janette Levey Frisch, a lawyer who specializes in employment matters. According to Frisch, variables include:
●     What possible illegal or unethical conduct may be involved
●     What laws are possibly being violated
●     How many employees does the company have, since some statutes only apply to businesses with more than a certain number of employees
●     In what state is the employee employed

Report it to the right person

If you reasonably believe your employer is doing something illegal or unethical, you should first bring it to your supervisor’s attention, Frisch says. If it’s your supervisor you suspect, exhaust the chain of command within the company.
“Hopefully the company will investigate the matter. If no one within the chain of command responds, then there is generally a government agency with whom one can file a complaint," Frisch says. Worried about retaliation? "If the government agency investigates, it usually will not reveal how it decided to target the company or who may have tipped them off.”
If you believe your employer is violating labor laws, the state labor agency is the place to go to report a bad boss. “For example, if the employee is being deprived of overtime, he or she should make a complaint with the labor department of the state where the employee works,” says John R. O’Brien, who has worked on employer-employee matters in private practice for more than 35 years. “In many states, the department will take action against the employer.”
“If the employee sees another employee being mistreated, the better approach is to talk with that employee and suggest that he or she make a complaint to the appropriate the state or federal agency,” O’Brien says.
Employer misconduct isn’t limited to mistreatment of employees, of course. Among the things your boss can't legally do, larger issues can include widespread fraud or false advertising. “Many companies have hotlines that employees can call to report illegal or offensive executive behavior,” says Lauren Bloom, attorney and ethics expert. “If none of those options is available, the employee may need to blow the whistle to the police or a regulatory agency.”

Even if you are protected by whistleblower laws, that doesn’t mean life won’t be difficult for you once you report a bad boss, says Dan Bausé, an associate in the firm of O'Connor, Parsons, Lane & Noble who specializes in employment law, with a significant emphasis in wrongful termination and workplace harassment matters.
“An employee will obviously always be at risk for retaliation due to such behavior, and there is nothing that will really prevent that employee from losing their job or experiencing some other adverse action,” Bausé says. Potential whistleblowers may decide that keeping a job is preferable to going through lengthy litigation, he says.
No matter what you do, be sure to document your actions by saving copies of emails and taking notes at meetings. And don’t beat yourself up if you’re not able to fix the situation. If you’ve done your best, feel free to remove yourself and go find something better.

There's no reason for you to have to go to work every day and be worried about the things your boss can't legally do, or retaliation for calling them out and thereby putting your own career's future in jeopardy. Need some help finding a better place to work? Join Monster for free today. As a member, you can upload up to five versions of your resume—each tailored to the types of jobs that interest you. Recruiters search Monster every day looking to fill top jobs with qualified candidates, just like you. Additionally, you can get job alerts sent directly to your inbox to cut down on time spent looking through ads. Let Monster put you on the way to a new job that follows laws and has strong moral values.
Legal Disclaimer: None of the information provided herein constitutes legal advice on behalf of Monster.