What these people are doing to get noticed by their dream companies will help you rethink your approach. 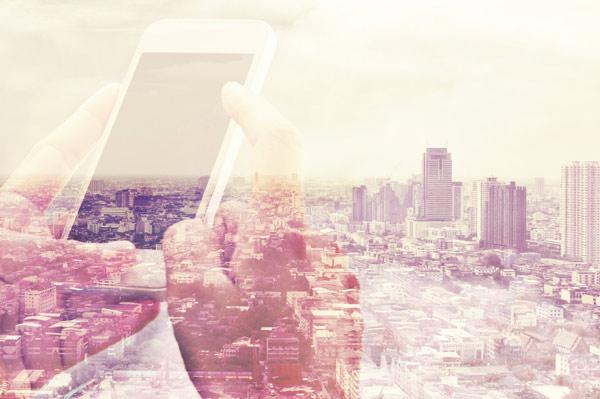 There were 5.5 million job openings at the start of this year, a historically high level, according to the Bureau of Labor Statistics. Good news, right? But you’re sitting there wondering: “Then why haven’t I heard back from any anyone!?”

We get it—applying to jobs is daunting, to say the least. You spend all day sitting in a cafe re-writing your cover letter and tweaking your resume, only to still be left jobless.

While of course the first thing you should do when you see the opening is to apply online ASAP so that it gets through the right channels, consider doing something a little more creative so that hiring managers take notice. So, roll up your sleeves, toss back another espresso and get those creative juices flowing—we’ve got a few ideas to help you get started.

Engage the company on social media

Vincent Carabeo landed a job as community manager at his dream company, Moment, a mobile photography startup in Seattle, after engaging with the brand through Instagram. Carabeo, an avid photographer, was first noticed by the company after winning their contest on Instagram and attending an Instameet in New York City, where he met the company’s community manager.

When Moment learned he was relocating to Seattle, it asked Carabeo to contribute to the company blog, and after seeing how dedicated he was to the brand, the company hired him full time.

“It was luck that I happened to be moving to Seattle, where the company was located,” says Carabeo. “They knew I was looking for work and I think what helped me stand out is that I really loved their product and was posting about them all the time on my social media accounts.”

Make a video resume—bonus points if it goes viral

If you’ve heard of the “Snapchat video resume,” you’ll recall the story of Eli Maravich, who created a three-minute Snapchat video with the hopes of landing a job at Snapchat. Within one week, Maravich’s video hit 1 million views on YouTube, and he ended up interviewing with the company.

Snapchat made Maravich an offer that he eventually turned down. But he walked away from the experience learning that his creative approach was successful, and he caught the attention of many other employers.

“Basically, I attracted the attention of the entire Internet,” says Maravich, “so Snapchat had no choice but to respond. If you can paint a company in good light or give them free, positive publicity, somebody is going to contact you. Homemade commercials and viral videos featuring ideas like that could land you an interview at your dream company.”

Build a campaign for yourself

Nina Mufleh sent out hundreds of applications to dozens of companies in Silicon Valley and never heard back from a single one. Frustrated, Mufleh realized she needed to change her approach. Her dream company was Airbnb, so she decided to build an experiential marketing campaign called “nina4airbnb.com” promoting herself and her marketing strategies for the company.

Mufleh’s campaign worked, and within days, millions of people viewed her site. This ultimately gave her the opportunity to interview with her dream companies, and she decided to join Upwork, a company that connects businesses with independent, skilled professionals online, as a freelance growth manager. She says it’s the perfect fit.

“As I went through interviews with Airbnb and other companies, I learned the importance of focusing on strategic goals and constantly reinventing ways to get there,” says Mufleh.

“Sometimes traditional approaches work and work quickly, which is great. But when they don’t, it’s important to step back and understand what the blockers are and then think of creative ways to get around them.”