3 of the worst reasons to move for a new job

Worried you’ll regret the big move? This will help make your decision that much easier. 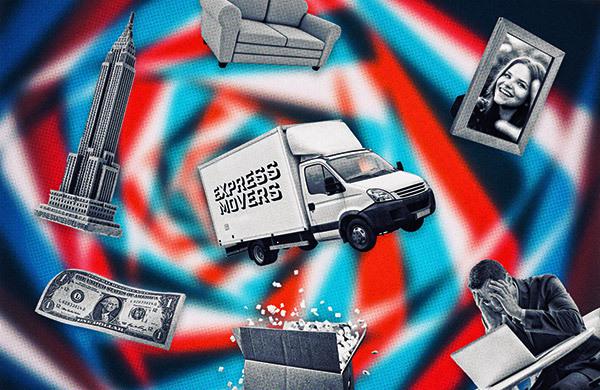 Millennials are on the move.

A study released last year by the U.S. Census Bureau found that between the years of 2007 and 2012 millennials—defined as individuals between ages 18 and 34—totaled 24% of the population, but this generational set accounted for over 43% of all people who had moved.

There are some great reasons to relocate for work, like moving for more money and a better culture or moving to a new city that will support your business. Then, there are reasons that should make you think twice. We had career experts and millennials weigh in on some of the worst reasons for considering a move and why they’re a bad turn.

Moving for a slight pay increase

All other factors being equal, would you take the new job? Each situation is unique, but with high rent costs, the move may not be worth it.

“The rental industry is out of control and living expenses are a serious concern if you don't already have a job or cannot land one soon,” says Leeyen Rogers, vice president of marketing at JotForm, an online form building platform in San Francisco.

The cost of living and standard of living should both be weighed carefully, says Rogers. Just because you may be making slightly more money doesn’t mean that your take-home pay will be higher, nor does it mean your quality of life will improve.

“Be realistic about your options,” says Rogers. “If you're moving to San Francisco without a job, for example, you should have at least a month's worth of Airbnb expenses or be able to crash with friends and family for a reasonable amount of time (a month or so) so that you can get an apartment.”

If you do decide to accept the position, make sure to do your research, advises millennial career coach Brette Rowley. “Make sure you understand the cost of living differences between your current city and where you're considering moving,” she says. “You should not only negotiate for a raise based on experience, but also take into consideration any additional expenses that you'll incur in transitioning to a new city. Young professionals are often hesitant to negotiate, but in a candidate-driven market, they typically have more leverage than they think.”

Moving laterally in your career

It’s nice to be wanted, but will the new position further your career?

Neil Bondre, founder of The Interview Professional, an interview coaching company in San Francisco, advises millennials against accepting positions that are similar in rank in new cities, even if they’re unhappy with their current situation. Instead, he suggests making an upgrade or moving in the same city if the position is comparable compensation.

“It is better to move in the same city because you are familiar with the area and the people, so you are more likely to thrive in the same city,” he says, pointing out that costs for relocation (especially with a family) are expensive.

But perhaps most importantly, moving laterally may affect your motivation and long-term career progress.

“Making a lateral move with the same compensation also might make you feel like you are settling,” says Bondre. “With this in mind, if you take on the trek of moving long distances, then it takes a toll mentally because you may feel that you are in the same position as when you first started.”

Moving for someone else

If you’re married or are starting a family, moving to a new city can become a whole lot more complicated. It may fit your partner’s career needs, but does it fit yours?

In some situations, it may be worth it. “If your spouse has a great opportunity to start a new job with a growing company—even if it is comparable or slightly lower in pay and you are able to find a comparable paying job—then, in the long run, it is worth the move,” says Bondre. “If you also want to start a family in a certain area, then it may be worth the move even if you take a financial hit now.”

However, Bondre advises not moving for someone else if you’re not in a committed relationship.

“If things do not work out then you will forever regret the move,” he says. “Even if things do work out but you are unhappy in the relationship, this will cause a strain because you felt that you gave up your career and family and friends to be with this person.”

If both parties have a similar game plan in mind, then it may make sense. Bondre took this route. He negotiated a remote work agreement with his employer so he could move from Silicon Valley to Los Angeles because his wife started a residency program as a physician. “I may have given up temporary opportunities in Silicon Valley, but it is a sacrifice that had to be made. I was not willing to do a long distance marriage, and we both were on the same page, so it has worked out well for us.”

Sometimes, the decision to move hinges on more than money or your partner’s career—maybe the city or work culture is better in your new destination. Maybe the position is more career-related than your current one. Maybe it’s your dream job. Just don’t forget to consider each factor seriously before making any decisions.