9 tips that could help you land a job abroad

Get your passport (and visa) ready. Your next gig could be on foreign soil. 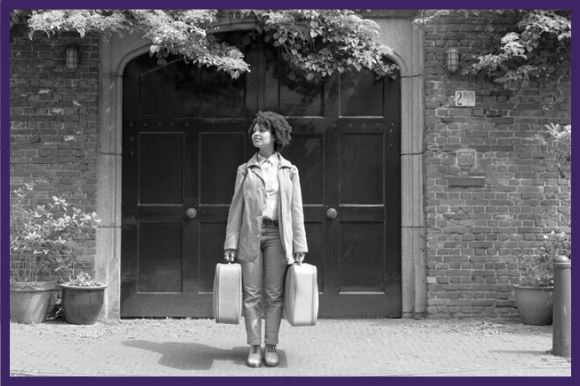 Maybe it was a semester abroad that piqued your interest. Perhaps you’ve got a serious case of wanderlust. Or, maybe you’re just having a tough time finding a job you can get excited about here at home. For whatever reason, you’re hoping to land a job in a foreign country.

You might already have a destination in mind, but if you don’t, think about what makes you an asset to a particular region. Foreign language skills are a natural first step, but if you want to apply directly to a job in another country, ask yourself where your skills and background will be most attractive to potential employers.

“There are certain industries where your expertise can be valued by the locals,” says Monster’s career expert Vicki Salemi. Take, for example, fashion; some of the major hubs are New York, Paris, Milan and Tokyo. “If you had an awesome internship at a Manhattan fashion house, a Milan fashion startup might covet that experience.”

Just because you’re stateside doesn’t mean you can’t stay up-to-date on a particular international job market. “Get really plugged in,” says Salemi. “Start following the international news to see what’s hot. Maybe a company just laid off 1,000 people, so you might want to avoid applying there. Or maybe there’s a sudden tech boom in a certain region.”

Once you’ve narrowed down a country or region, start looking for international jobs on Monster. You can also look at specific overseas sites, like the U.K. or France. Once you’ve found a company you’d like to work for, check out what others have to say about it at Kununu, an employer-review site with extensive coverage of international businesses.

Try to get a foreign transfer

Many companies have programs in place to send employees abroad, so you could look for a job at one of these firms. “One of the best ways to get a job overseas is to do something called a rotational assignment,” says Salemi. “Big companies like Deloitte are known for offering two- to three-year assignments at an international office.” They take care of the visa, moving costs and logistics, and your taxes. “They’ll help you find an apartment, set up your cable, get an international drivers license—everything that goes along with a huge move,” she says.

Make sure your keywords match with local language. “Computers won’t find words that are misspelled, so if you’re applying to jobs in the U.K., change words like ‘humor’ to ‘humour,’” says Salemi. And if you’re fluent, translate your resume to the language of the country where you’re applying.

Convince them you’re worth it

The biggest challenge to winning a position abroad is showing a hiring manager that it’s worth it to bring on someone from another country. The first place to sell yourself is in your cover letter, says Salemi. “Let them know that you’re currently in the U.S. but looking to relocate to their city, most likely at your own expense—and tell them why you’re the perfect candidate for the job.”

Tell them you’re willing to do what it takes to have a face-to-face interview. If they have a U.S. location, offer to visit a local office. “Above all,” she says, “market yourself the same way you would here—let them know why you’re the best person for the job, above and beyond anyone else.”

If you studied or worked abroad, be sure to use any resources that your school or former employer has to offer, says Salemi. Even if you didn’t study abroad, see if your alma mater has a global alumni network that can aid in your job search. “These people can also be great resources for finding a place to live,” she notes. As always, reach out to your entire network of friends and family, because you never know if someone has a contact at a foreign company.

Adjust to their time zone (and holidays)

You’re the job seeker, so you have to be flexible and match your schedule to theirs, not the other way around. If they’re available to interview at 3 a.m. your time, that’s when you have to do it. “And be mindful of holidays,” says Salemi. “Just because we’re closed on Labor Day or Thanksgiving does not mean that foreign companies are.”

Since you probably won’t be jetting around the globe for interviews, you’re going to need to learn how to nail a Skype interview. Be sure to test your camera, use a neutral background and look just as polished as you would in person—no matter what time of the day or night it is.

If you’re fluent in a particular language, be prepared to prove it. “Not only might they ask to speak with you in the foreign language, you may also need to take a language test, so be ready for that,” says Salemi.