How to assess company culture to find the best fit 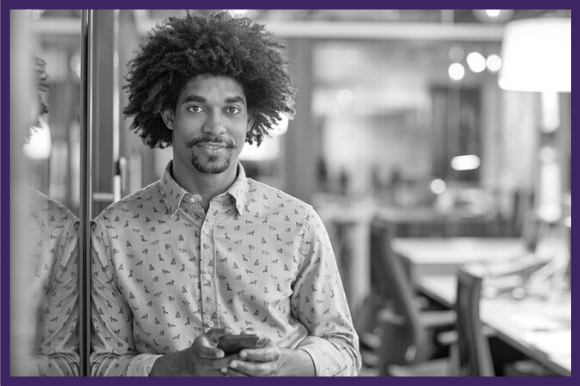 Company culture plays an enormous part in determining whether or not you'll be happy at a new job. For example, imagine that you’ve found your dream job, got the offer, and you said yes. Now you’re there—and you're ready to quit after you just started. Maybe they expect you to work around the clock. Maybe they’re asking you to do unethical things. Maybe it’s just not the right place for you.

You're not alone. According to a Monster survey, three in four Americans (75%) have had a job where they didn’t feel they were a good fit for the company, and half (51%) have felt this way in two or more jobs.

What is company culture, exactly, and why is it such a major player in your happiness? Basically, company culture is the umbrella term for the beliefs, values, and practices that make up the character of the company. If these qualities don't mesh with the ones you yourself hold, chances are you're going to be dissatisfied working for a particular employer.

It’s useful to understand what kind of company culture you’re walking into, but as an interviewee, the situation isn’t always clear. Luckily, there are ways to sniff out a toxic workplace or an environment that’s just not for you. Try these steps to get the real scoop.

Before you can determine whether a company’s culture is a good fit, it’s helpful to do some soul searching to learn what it is you’re seeking.

“I encourage my clients to think about when they had a great job,” says Elene Cafasso, president and founder of Enerpace, Inc. Executive Coaching in the Chicago area. “When the culture was just perfect for them, what was it they really enjoyed?”

On the flip side, if you’ve left a place because of the culture, what is it you’re missing? The more you can identify what qualities you value in a company—a sense of community, say, or co-workers you’re happy to spend time with outside of work—the better equipped you’ll be to find a job that matches up.

During Monster's LGBTQ Pride and Work panel, Tom Bourdon, head of inclusion and diversity at Staples, said the best company culture is one "that doesn't just tolerate or accept you for the differences that you bring to work, but instead actually says, 'We want you, we need you because you're going to bring incredible diversity to our team and so much value to our organization.'"

You can get a good indication of a company by checking out its website. This may seem like a no-brainer, but look beyond the home page. Poke around and think about the look and feel of the site. How are people in the photos dressed? Does that fit you and your personality? The same goes for the company blog. Is it fun and casual, or does it seem more formal?

Take a look at the people at the top of the company. “Is the leadership team wearing suits and ties or are they wearing jeans and T-shirts?” says Todd Cherches, CEO and co-founder of executive coaching firm BigBlueGumball. If you’re looking for a jeans culture and the company seems like a suit-and-tie kind of place, you may want to reconsider.

"If I look at everybody's photos, how many people there look like me? Are there people who do not look like me? It gives me a sense of the visual diversity and racial diversity," Martinez says. "Recognizing of course, that there are aspects of diversity that are not visible, but when I scroll down and I see that 10 out of 10 people are white men or white-passing men, that sends a message to me."

Do you know anyone who works there, or who has worked there recently? Or do you know someone who knows someone? The best way is to use your social network and see if you can find any first- or second-degree connections. If you can find someone, get their take on the company culture there.

You can also tap into your college alumni network. See if there’s an alumnus who would give you a five-minute phone call to answer some of your questions.

Last, check online for reviews of the company. “Understand that many times, it’s disgruntled people [that weigh in], but it at least gives you a heads up on things you might want to probe about,” Cafasso says.

During your interview, not only can you ask questions of your interviewer, you should. You can glean quite a bit not only from the answers to your questions, but also from the candor with which that person answers them. Here are some suggestions:

Listen to your gut

If you’ve asked all the questions and talked to as many sources as possible and you’re still not feeling quite right about the opportunity, that’s something to think about. But if everything matches up, you may be in the right place.

“I talk to people about finding alignment between their head, their heart, and their gut,” Howayeck says. “If all three are aligned and saying ‘Yes,’ there’s a good chance you should go after that job and take it.”

Not every offer is going to be the best one, and not every company is the right fit for everyone. Making that match can be tricky. Could you use some help with your job search? Join Monster for free today. As a member, you’ll get customized job alerts sent right to your inbox, so you’ll spend less time combing through job ads. Additionally, you can upload up to five versions of your resume—each tailored to different types of jobs that appeal to you. Recruiters search Monster every day looking to fill top jobs with qualified candidates, just like you.