According to a new study, interns at companies like Snapchat and Pinterest are raking in some serious dough. 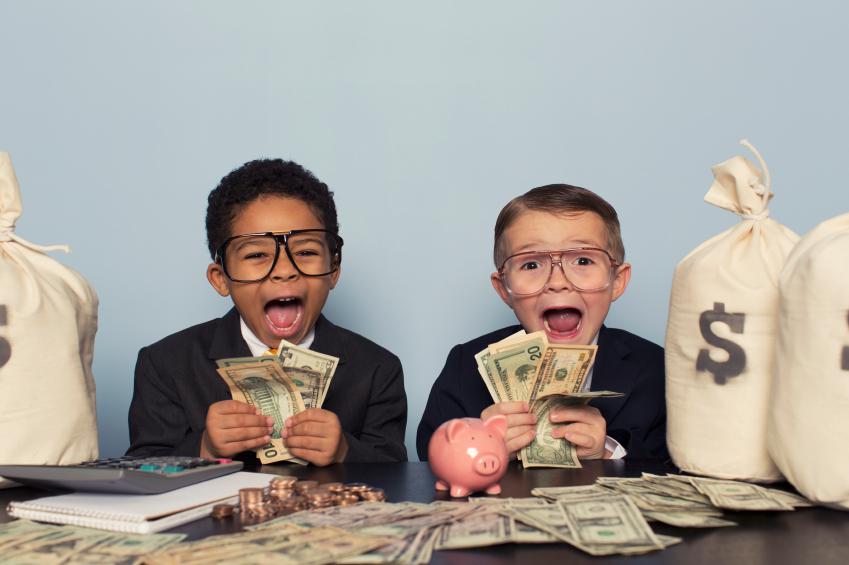 Ambitious college students are gearing up for their summer jobs, and the lucky ones who scored Silicon Valley internships may well be earning more than you.

That’s right: Valley tech startups are not just paying employees in college credit and free lunches anymore—at some of the top tech companies, the median monthly base salary for an engineering-focused summer intern is $6,800, according to a recent survey. That adds up to $81,600 over the course of a year, and doesn’t even factor in a housing stipend or extra benefits that might be included in a typical tech comp package.

The recent salary data comes from an anonymous survey of more than 500 college students, collected by Rodney Folz, a former University of California at Berkeley student and incoming summer intern at Yelp. The students who responded to the survey had landed engineering summer internships at leading tech companies including Snapchat, Pinterest, Twitter, Facebook, Google, Yelp and more.

The companies that pay the most

Meanwhile, interns at hedge fund Two Sigma reported receiving the highest pay, where they’ll earn a whopping $10,400 per month, plus $5,000 towards relocation and $5,000 for housing.

Folz reached out to a variety of computer science, tech groups, listservs and friends with technology internships for his responses. Since the responses were anonymous, the accuracy of the answers is potentially questionable. However, Bloomberg Business reached out to some of the companies on Folz’s list, and while many of the companies declined to comment, others, such as video platform Twitch, had a spokesperson confirm Folz’s results (Twitch interns make $7,200 a month).

How the rest of U.S. workers’ pay stacks up

With the national average wage index at $46,481.52, a lot of Americans make much less than these Silicon Valley interns—but these interns aren’t getting coffee and making copies. Folz justifies their salaries by explaining that these young workers are taking on full-time responsibilities, grueling hours and ultimately contributing work to a core part of the company’s product.

So what about comparing their salaries to someone who has a full-time job in tech? Salary.com says an entry level software engineer makes an average salary of $63,687, but if you look more specifically at software engineers who work in San Francisco, the average salary is $77,768, with a range usually between $68,678 and $87,082.

If you work in tech, you probably make bank

So while tech interns’ wages are certainly high, they do accurately reflect the type of salaries they might earn in entry-level positions at similar companies in Silicon Valley. The interns Folz surveyed also seemed to appreciate how lucky they were: Most passed on negotiating and accepted their salaries right out of the gate.