How we turned a love of beer into a career

Adam Mundy and Danielle Daniel explain how they made their favorite drink into a full-time job. 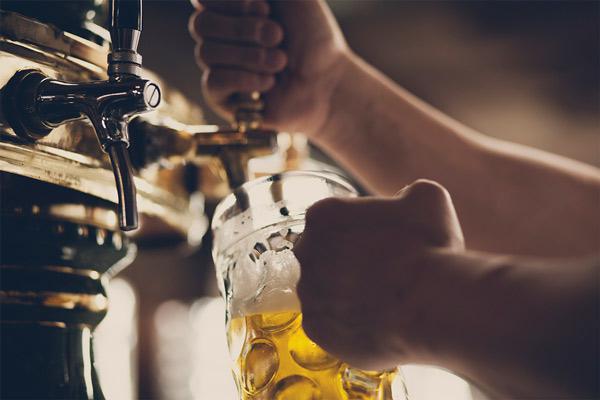 The incentive for working in the brewery business is simple: “Beer is delicious!” says Adam Mundy.

Danielle Daniel, 25, a sales manager at Tennessee Brew Works in Nashville, Tennessee agrees with that assessment but notes that her position has other perks. “The best part of my job is meeting people,” Daniel notes. “I feel as if I am experiencing ‘Cheers’ every day.”

These two beer fans turned brewery employees are part of a growing trend in the U.S. Nearly 700 new craft breweries have opened since the middle of 2014, according the Brewers Association, and this expansion comes after a reported 19% increase in the number of craft breweries last year alone from 2013. A recent study conducted by the Beer Institute and the National Beer Wholesalers Association says the U.S. beer industry supports 1.75 million jobs and generates nearly $253 billion in economic activity.

The pay on these jobs is anything but pint-sized: Brewery regional sales managers make an average $61,000 annually, according to PayScale. Daniel notes that she also receives an incentive with her base salary. Liquid center representatives, or brewery tour guides, can make up to $49,000 a year, not including tips, according to PayScale.

Mundy and Daniel give Monster an inside look at a career path in a brewery and offer their advice to those interested in breaking into a frothy industry.

How they got their starts

Neither Mundy nor Daniel took an academic path related to their current position. Mundy attended the University of North Carolina at Charlotte where he earned a degree in graphic design. Daniel earned a degree in business administration from Ashford University in Iowa. Rather, they simply followed their love of beer after college.

Mundy was inspired to pursue a career in the brewing field by the illustrations of Ralph Steadman, a British artist and illustrator.

“Steadman’s illustrations have been the face for Flying Dog since almost the beginning of the company. I had no idea what craft beer was all about, other than I liked to drink it,” he says. “But, I knew I wanted to sell the packaging from one of my favorite artists.”

In 2003, Mundy applied for and accepted a job in sales for a beer distributor in South Carolina. He later moved on to work at Flying Dog Brewery, followed by an on-the-road sales position at Oskar Blues Brewery.

“In 2011, I made a move that would be the best one yet,” says Mundy. He accepted a position as a “beer ranger,” also known as a sales manager, with New Belgium Brewing Company in North Carolina. As a beer ranger, Mundy managed accounts, sold to businesses, attended promotional events and ensured the quality of beer at participating locations, spanning from Washington, D.C. to Georgia.

Daniel was first drawn to a career in craft beer when waiting tables at a local craft-beer restaurant.

“The restaurant required that I know hundreds of beer descriptions, so I was thrown head first into the land of beer!” says Daniel. “I fell in love with the history and craft that goes into its creation.”

Daniel has been working at Tennessee Brew Works since they opened in 2013. Her first job at the company was in their taproom where she volunteered before being hired full time as a sales manager where she sells beer to customers across the state of Tennessee.

As a liquid center representative, Mundy gives 90-minute tours of the New Belgium Brewing Company, ranked by USA Today as one of the top 15 craft breweries in the U.S., to guests every day.

“I love working in a high-paced environment with so many loving and talented people,” says Mundy. “We have one of the most fun and positive environments to drink beer!”

“People think we drink beer all day long! But that’s not true,” Mundy notes. “Though I do look forward to my beer at the end of my shift on a hectic day.”

New Belgium Brewing Company also rewards its employees with anniversary gifts, including a Fat Tire Cruiser bike on their one-year anniversary and a trip to Belgium for after five years.

Part of Daniel’s week as sales manager is spent out in the field selling beer to consumers. She visits clients bi-weekly and has a weekly meeting with her team where she provides updates on the beer and discusses upcoming events, trends, feedback, and brewery initiatives. During field visits, her duties range from visiting bars and restaurants, to conducting beer tastings with managers or owners, and attending local events, usually festivals or concerts.

What skills they say you need

“This job requires great organizational skills and the ability to multitask,” says Daniel.

She also notes that, in order to be a sales manager, some breweries will require you to complete the first level of the Cicerone Certification Program. The program has three levels that test your knowledge for craft beer.

”Your knowledge and dedication are the most important,” Daniel advises.

Mundy seconds Daniel’s advice, saying, “Passion, work ethic, and a positive mental attitude are the greatest skills in your toolbox.”

Daniel thinks the most challenging part of her job is making sure all her corners are covered.

“Each account matters so it’s important not to accidentally leave one in the shadows,” she describes. “I go to local bars every day and say hi to the staff and get to know the regulars. It’s a very demanding job.”

Mundy wishes he could spend more time with guests than sometimes is possible.

“That’s the biggest challenge,” he says. “Our reservations are booked two months in advance. Lots of guests want our attention and it can be challenging to make sure you get to go that deep with the folks who want it.”

Their advice for breaking into the industry

Mundy and Daniel agree that getting involved with a brewery early on is key.

“Now, there are a lot more opportunities in this growing industry, which also makes it more competitive,” says Mundy. People want experience and knowledge but where you want to work might be the bigger challenge. Make connections, set a goal and make it happen. You are selling yourself each and every day.”

Daniel suggests you get your start interning at a local brewery or networking at festivals. “Get to know people in the beer industry. Knowing your town is knowing your brewery.”