Are You Being Taken Advantage of at Work?

Feeling underappreciated is never fun. If you’re constantly staying late or juggling too many responsibilities, find out how to take action. 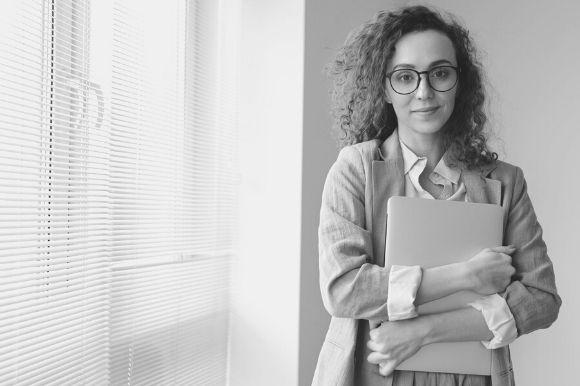 Being taken advantage of can wear you down quickly.

Nothing makes a job miserable faster than a bad boss—particularly the kind who has no qualms overworking the staff. Sure, sometimes you’re going to be asked to go above and beyond your duties, and you’ll have to comply because that’s just part of being a team player. But feeling unappreciated or like you’re constantly being taken advantage of at work is absolutely not in anyone’s job description. Cue the stress headaches.

What Does It Mean to Take Someone for Granted?

Of course, as an employee, you’re expected to perform a certain set of duties that fall within your job description. But when your value is overlooked or your boss seems indifferent to your contributions, that’s when a red flag should go up. A good boss knows the motivating power of recognition and should be acknowledging you both one-on-one and in group settings.

Is Your Employer Taking Advantage of You?

Here are five indications that you’re being taken advantage of at work.

When managers are short-staffed and don’t have the ability to hire more employees, they’re often forced to lean on their direct reports and squeeze them for time. If work is regularly encroaching on your nights and weekends, it’s up to you to reclaim those hours.

There are a couple exceptions. If you’re in an industry where people tend to work long days, like finance or construction, you’ll just need to adjust your expectations. Or if you’re being paid for the overtime, you’re getting a fair shake. But if neither of those apply, you’ll need to address the issue directly.

Your move: You need to have an honest conversation with your boss, says Moyer, but framing is crucial. Set up a meeting with your boss, and let him know that all the extra hours (and lack of compensation) is wearing you down, and you fear you’re nearing employee burnout. Explain that you want to be a team player and care about your job, but that you’re feeling overwhelmed and worried that you’re not able to deliver at the peak of your abilities. Explain how burnout can be a threat to a company’s bottom line, and you’re likely to get some attention.

Unless you were hired for an administrative position, the bulk of your time shouldn’t be spent fetching your boss coffee or picking up dry cleaning. What you should be focused on is building your skills and doing the job that you were hired for.

Your move: Tread carefully. Avoid saying, "This isn’t in my job description." A better approach: Point out that your responsibilities have changed, and ask whether the changes are permanent. (“I understand my responsibilities have shifted, so I’d like to talk about what I’m expected to do.”) Your manager may not even realize that they’ve been asking you to run their errands.

If your manager wants you to continue to serve as a personal assistant, offer this solution: “I appreciate helping you out, but I’d love to focus my time on the other projects we have in the pipeline. Can we assign these errands to one of the interns?”

It’s a common problem: A coworker gets fired or resigns, and you take over the person’s role—while continuing to do your job. But before you say anything to your boss, consider how long you’re going to be doing the extra workload.

If it’s just for a week or two, try to stick it out, but if it’s going to be long term—or your boss doesn’t plan to hire a replacement—you’ll need to speak up.

Your move: If you don’t mind doing the additional work, you should still be compensated for it, so say to your boss, “I’ve been taking on these extra responsibilities. How can we work together to adjust my income to match my new role?” If your boss says no raise is on the horizon, first ask for help prioritizing your time so that you don’t burn out, then ask how else you can be compensated for your extra work. If you're met with a blank stare, you're being taken advantage of for sure.

4. You’re still waiting on that raise or promotion

If your manager repeatedly promises that a pay bump or promotion is around the corner but doesn’t deliver, you’re getting played. And if you wait to address the issue, you could be hurting your long-term earning potential, since your next job offer will probably be based on the salary at your current job.

Your move: Set parameters with your boss: “We’ve talked about me getting a raise. Do you know when it will come through?” If you get a vague response, you might need to put on a little more pressure. For example, “I’m not interested in leaving, but since we both feel that I deserve this raise, I’d like to set a date for when I can expect it.”

The exception is if there is a company-wide freeze on raises, in which case your boss’s hands are tied (for the time being).

5. Your boss steals recognition for your work

Have the misfortune of working for a “praise thief”—a manager who steals credit for your work or ideas? Reclaiming ownership will enable you to gain visibility within the company and make a good impression on the higher ups, which can potentially lead to a job opportunity in another department (away from your boss).

Your move: Don’t go over your manager’s head, and remember there’s a chance your boss forgot that you came up with the idea. By politely reminding her that it was your idea, you’ll position yourself to receive recognition for future contributions. For example: “You make a great point, but I’d love to add one thing that I mentioned when I pitched this idea."

Don't wait around hoping your situation gets better. Being taken advantage of at work is enough to warrant a job search. Need help getting started? Simply create a free Monster profile to get the wheels turning. There are plenty of employers who will honor your contributions to the team and treat you with the respect you deserve.