10 podcasts that make us wish our commute was longer

Is your commute a drag? These 10 podcasts are so good you might just want to sit in your car, even after you’ve reached your destination. 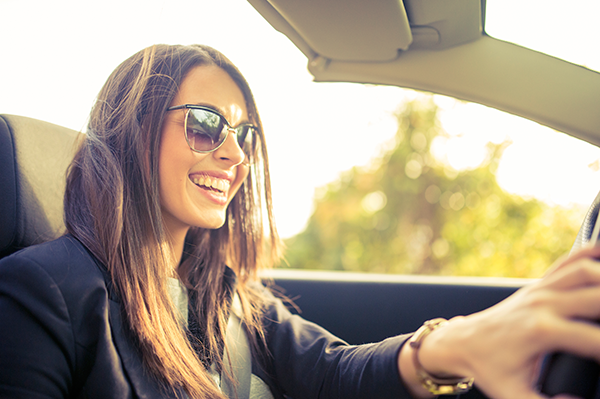 Commuting is a familiar ritual for the 86% of Americans who travel to work every day—as well as the 76% who do it alone. But with the average commute clocking in at 26.1 minutes, why not turn that “dead time” into an opportunity to learn French, get smart about money or just lose yourself in a real-life crime drama?

Here are 10 podcasts that clock in at 30 minutes or less: just enough time to learn (or laugh) before you earn.

If you loved Serial, you’ll really like Criminal. Each episode of real-life crime is a one-off, so there are no cliffhangers to keep you binge-listening, but each tale of law-breaking and crime with or without punishment is so good, you’ll want to hear the next.  Plus, host Phoebe Judge’s voice is hypnotically soothing—always a plus in nerve-jangling, rush-hour traffic.

These 22-minute interviews with people about the titular subject matter include the scandalous, the taboo, and things we all want to know about but aren’t brave enough to ask. Sometimes the subjects are regular Joes. Sometimes they’re celebrities. It’s snackable storytelling at its best

NPR’s much-loved show about money is condensed into about 18 minutes of financial wisdom, sharing tales of money won and lost, the allure of being a workaholic, and other answers to life’s burning financial questions.

It might sound a little bit meta, but Startup’s first season is all about launching a startup—about a podcast. And because it’s helmed by NPR veteran Alex Bloomberg, it’s really interesting and super-relatable. Each episode deals with the struggles of starting a business when you’ve never started one before, and includes advice from seasoned pros as well revealing touch-and-go moments with his wife. Worth a listen.

This show is about the Internet, which really means it’s about everything.  And it’s really, really interesting. From an episode called “The Takeover,” about a 16-year-old who created a Facebook group for a fake company that gets taken over by real adults, to an in-depth look at the failure of Healthcare.gov, there’s something for everyone.

This could easily be re-titled “Commuter’s French,” because each lesson is less than 30 minutes—and is so simple, you’ll always be able to absorb something, even during a frazzled commute. Whether you want to improve your rusty French (or Spanish) or learn an entirely new language, this is the ultimate learn-on-the-go podcast.

Ever wonder what it’s like to be a pilot? A doorman?  A stand-up comedian? This podcast explains all—and not just general info, but the day-to-day grind of jobs you may never do, but can experience as you drive to your very real 9-5. And who knows? Maybe you’ll be inspired to make a career change yourself?

If you’re a science geek, or would like to learn more about science-y things in digestible chunks, then this is the podcast for you. The longer episodes are too long for a commute, but they have “shorts” that fit into a 26-minute window. If you’re inspired by the science you’re learning on the way to work, check out some of the science jobs on Monster.

Michael Showalter joins Michael Ian Black to talk about just about everything, with a deadpan delivery that can be downright hilarious. If you like this kind of dry humor, their shtick could make your commute a laugh-a-minute, if not a mile a minute.

This podcast describes itself as having to do with design and architecture, but if that makes you think of high art and un-relatable design themes, it’s not—it’s design that just about everyone can relate to. For instance, one episode is about Looney Toons background artists, while another shares the story of the ubiquitous  “I Heart NY” logo plastered on t-shirts all over NYC. Well-produced, snappy and quick, you’ll learn a lot about things you’ve seen a million times, but didn’t know a thing about.

Still sick of sitting in traffic? Find a job closer to you on Monster.