What are the pros and cons of discussing your salary?

Is a new coworker making more than you? Are you getting paid fairly? Can you get fired for discussing pay? 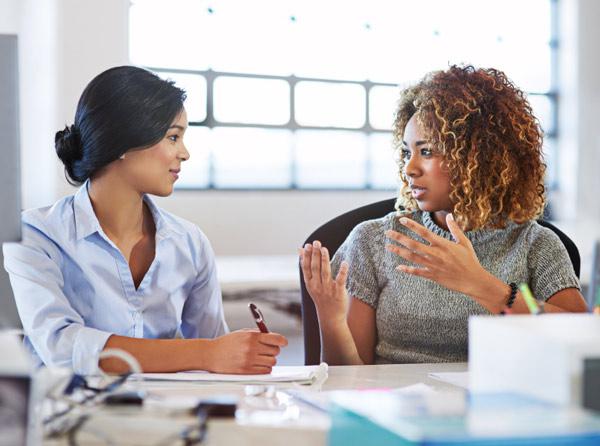 In today's office culture, many traditional rules no longer apply. It's common, for example, to call your boss by her first name, dress in business casual all the time and work a flexible schedule that could include some hours spent at home. But one convention remains firmly in place in most workplaces: Discussing salary with co-workers is not always the best idea.

"It's definitely one of those touchy subjects," says compensation consultant Amy Stainman Herman, who has worked for large and small companies, including Verizon Communications, Altria Group, IBM and Empsight International.

Employees may get the impression they’re not allowed to compare pay rates or other compensation with their co-workers. Can you get fired for discussing wages? Nope. In fact, not only is it legal to do so, it’s illegal for employers to prohibit it, says David Reischer, a lawyer and CEO of LawyerReviews.com.

“The 1935 National Labor Relations Act specifically indicates that employees have the right to engage in ‘concerted activities for the purpose of collective bargaining or other mutual aid or protection,’” he says. Employers are not allowed to establish “pay secrecy” policies or use a nondisclosure agreement to prevent employees from discussing their compensation.

But the question remains: Is it a good idea to discuss salary details at work? There are two ways of looking at it.

Pros: The case for transparency

There are several benefits to comparing the salary you receive with what your co-workers are making. One is that you can get a better idea of how to price your own work. Traci Fenton, CEO of the leadership and business design firm WorldBlu, advocates for a democratic workplace where salaries are discussed openly. She believes offices function better if decisions, including those about compensation, are shared by bosses and workers.

"Everyone gossips about how much people make and everyone's wondering—it's very toxic and wasteful," Fenton says. "When you're open and transparent, it cuts down on the noise, and allows people to be more efficient.

"If [workers] have the same relative job, and they're adding value, and you create an open system that acknowledges and rewards them, that's so much better," she adds.

Not only can it help you see if you’re being paid fairly, transparency can expose discrimination, says Donna Ballman, an employee-side employment attorney and author of Stand Up for Yourself Without Getting Fired. You may find a trend of certain classes of employees being paid less than others, such as a gender or age group.

“Employers hate it when employees discuss salaries because it exposes discrimination and other unfair pay practices,” she says. “If your employer has a written policy or contract prohibiting salary discussions, you can report them to the National Labor Relations Board.”

The main reason to keep your salary to yourself, according to human resources professionals, is because varying levels of experience and skill sets make for an apples-and-oranges, dollars-and-cents comparison; this can be true, even for people with similar job descriptions.

"I might be an engineer and my salary could be different from yours for a variety of reasons," says T. Ray Bennett, vice president of human resources at the 2,600-employee American Bureau of Shipping in Houston. "They could include time with the company, industry time, performance, specialties, additional training—there are a lot of reasons why guys in the same job could have different salaries."

Talking about your compensation can give you more information about conditions and pay across the company, but it can also sow discontent, says attorney Michael Rehm. “The cons are obviously that it can cause jealousy and rebellion in the workplace from the employer’s point of view.” If workers are unhappy about their pay, their productivity may drop. Employees may also turn on each other if they feel some people are getting more than others feel they deserve.

If you've got a legitimate concern that you're being underpaid, there are ways you can take action that don't involve water-cooler gossip. You can get a sense of your worth through career sites or professional organizations, without having to ask a colleague.

"You can research your own market value, and address it with your manager directly, without mentioning anyone else," Bennett says.

When managers learn of salary figures being exchanged, they should consider this an opportunity to review with their HR department how their compensation systems rank with the marketplace.

"Most companies on a regular basis will track their pay against the marketplace," Herman says. "This is just another reason to initiate an analysis, if one hasn't been done in the past."

Whether a raise is warranted, your manager should explain why you earn what you earn. For a variety of reasons, it may not be possible to give you a raise.

"At some point, the answer gets down to, 'We feel your pay is appropriate,' and if the individual says, 'I don't,' we can't do much more," Bennett says. That's when it's time to fire up you job search and look for a company that will pay you what you're worth.

Legal disclaimer: None of the information provided herein constitutes legal advice on behalf of Monster.