Your boss is yelling at you. Now what?

This is how to handle a hotheaded supervisor. 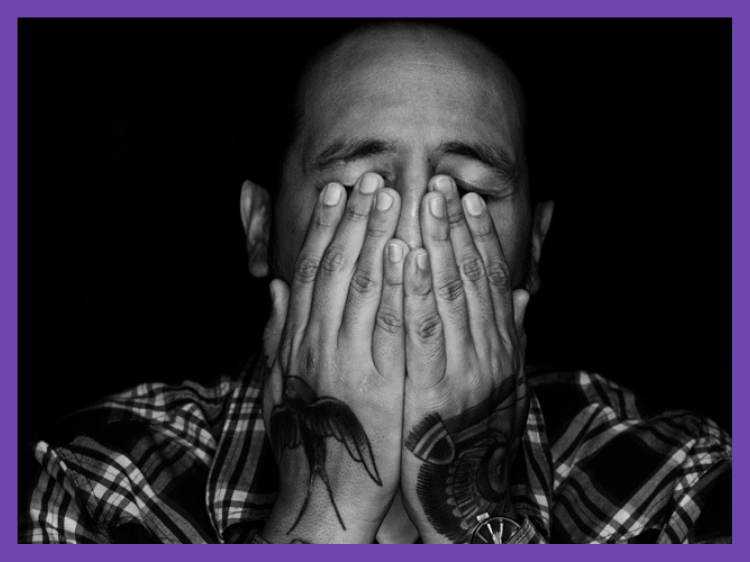 Deep breath. A boss yelling at you is a nightmare.

Just when you thought it was going to be a regular day at the office, you hear your boss yelling at you from across the room, embarrassing you in front of your co-workers, and causing steam to billow from your ears while you grind your teeth in silence.

Why did you bother getting out of bed this morning? It certainly wasn’t to get berated in public, that’s for sure.

While it’s normal to get emotional at work sometimes, there are limits as to what’s acceptable and what is definitely not. A toxic boss who often yells at you and others falls firmly under the “not okay” category.

“It’s important not to let that situation escalate and not let it continue,” says Steven Dinkin, president of the San Diego-based National Conflict Resolution Center. “Oftentimes in the workplace, people tend to avoid those types of situations and conflict, but those behaviors tend to escalate.”

When your boss’ temper tantrums are out of control, going to work every day can feel like a misery minefield. Will today be a good day—or will you need to take cover under the desk to avoid being in the blast radius?

Unfortunately, you can’t control how your boss (or anyone else, for that matter) behaves, but you can control your own actions. The following tactics can help you deal with a boss who sometimes can’t.

Resist the urge to fight fire with fire

The absolute first thing you must do when confronted with a boss yelling at you is…nothing.

Truly, the best thing you can do when your supervisor is yelling is to not react during the outburst, Dinkin says. Yeah, that’s easier said than done when someone is making a scene. But hard as it may be, you’ve got to try to maintain your calm.

“Some people are going to want to yell back, but that just adds fuel to the fire,” says Marie McIntyre, an Atlanta-based career coach and author of Secrets to Winning at Office Politics. “Others are going to get scared and want to run and hide.” And that approach won’t help either because avoiding a problem isn’t the same as addressing it.

Instead of going either of those routes, wait patiently while your boss breathes fire, and once he or she is finished, acknowledge and summarize what was said to show that you were listening.

“A lot of people think that tactic equates to agreeing with your yelling boss,” Dinkin says, “but if you quickly summarize what your boss said, your boss feels heard and is then more willing to hear your point of view.”

Understand the root cause

Before you take any action, try to assess what might be causing your boss to yell. There are three general types of yelling bosses, McIntyre says, and if you know which type you’re dealing with, you’ll have a better idea of how to respond effectively.

The first type of boss is a highly emotional person who lacks self-control and melts down when frustrated. The second type is an authoritarian figure that manages with fear-based tactics and doesn’t like it when their authority is questioned. The third kind actually enjoys yelling and belittling others and does so liberally. Neither the first nor the second type of boss actually looks forward to having an outburst; on the other hand, the third type of boss gets their kicks making people feel like dirt.

The first type tends to get back under control and return to the business at hand relatively quickly. So you may be able to wait it out. And you may be able to ward off future meltdowns by recognizing triggers and proactively taking care of those small problems that tend to set the person off, McIntyre says.

With the second type, the authoritarian boss, make a point to ask lots of questions to show you’re trying to do what they want.

The third type? Lost cause. Sorry—but you’re better off looking for a new job stat. Or a therapist, at the very least.

Try talking it out (gulp)

Now, if your boss is either the highly emotional or authoritarian type, and you have an otherwise good relationship with the person, consider addressing the issue directly—especially if the outburst was an unusual occurrence.

Choose a private location and a time when everyone is calm before presenting the issue, says Paula Brantner, a senior advisor and former executive director of Washington, D.C.-based Workplace Fairness. Present your case factually, using specific examples, she says.

For example, “I was really taken aback when you yelled at me in the meeting for not following up with the client. I know we’re all stressed about renewing our contract with their company, but I felt belittled and discouraged when you yelled at me, especially in front of others. How can we work better together toward renewing this client’s contract? I’d like to understand your main concerns so that I can strategically address them one by one.”

The goal should be to work with your boss to get to the underlying issues that are causing tempers to flare and troubleshoot them together.

Take your issue up the ladder

If a direct conversation with your boss doesn’t prove fruitful—or if you fear too much negative impact—consider going over your boss’ head to HR. Before making that move, it’s crucial that you evaluate your company’s culture carefully.

Some companies actively promote workplace happiness and want to confront such problems; making a call to HR may be appropriate in such cases. You should also measure whether you can trust your HR manager to take your complaint seriously and keep it confidential, Brantner says.

If, however, your workplace is volatile and has a culture that seems to accept everyone yelling at each other, your grievance probably won’t be met with much concern, McIntyre says. In this case, your best bet is looking for a more hospitable employer.

Once you choose to report your boss, approach it as a problem that is affecting workplace performance, McIntyre says. “Don’t go in and say, ‘My boss is hurting my feelings,’” she says. “Present it as a business problem.”

There comes a point—sooner rather than later, if it’s a regular enough occurrence—when a screamer of a supervisor just isn’t worth putting up with.

If the stress of your boss yelling at you and others is affecting your health, making it hard to sleep, or causing you stress outside of the office, you’re better off looking for ways to get away from there—either through a transfer or a new job. Need some help getting started? Join Monster for free today. As a member, you can upload up to five versions of your resume—each tailored to the types of jobs that interest you. Recruiters search Monster every day looking to fill top jobs with qualified candidates, just like you. Additionally, you can get job alerts sent directly to your inbox to cut down on time spent looking through ads. There is simply no excuse for being treated disrespectfully.