5 negative thoughts that are guaranteed to sabotage your career path

Is something always holding you back at work? Newsflash: You might be the culprit. This is how to change your thinking and improve your self-esteem. 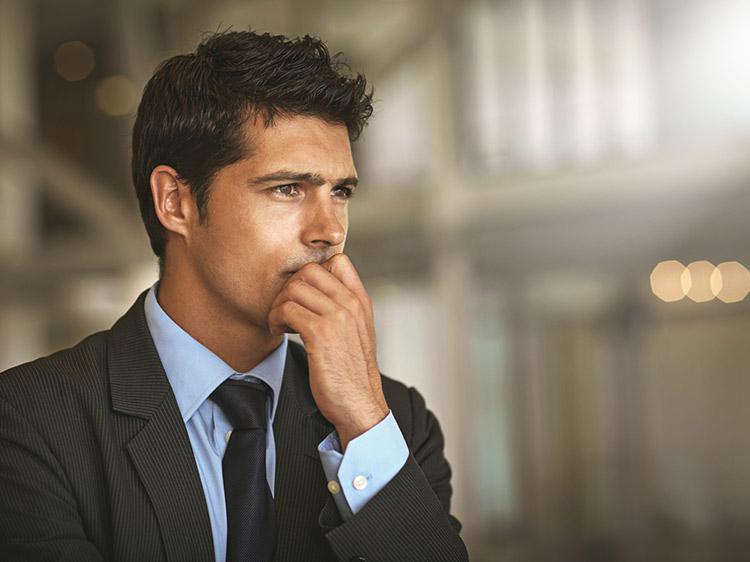 Your career path should be mapped out in such a way that it leads you to professional success, but nothing will throw you off course like low self-esteem.

You can have all the talent in the world, but your chances of moving up the ladder are slim if you let negative thinking interfere with important career choices. See if either of these scenarios sounds familiar.

You found an awesome job posting on Monster. But you don’t even bother applying because there’s no way you could hack it.

There’s a promotion on the horizon at your company. You think you don’t deserve it, so you recommend your junior co-worker instead.

If you’re feeling stalled at work and can’t figure out why, it might be time to turn your energy inward. You just might be your own worst enemy.

These are some of the most common ways people undermine themselves at work, as well as the solutions to reverse a negative attitude.

If you’re repeatedly avoiding applying to awesome new jobs or declining offers for new roles within your company because you think you’re not qualified, you might be the only one who doubts your capability.

This issue is so common, it even has a name: imposter syndrome. This occurs when highly successful people consider themselves frauds and feel their achievements are undeserved, despite evidence of their own skills and success.

According to a paper by Jaruwan Sakulku and James Alexander in the International Journal of Behavioral Science, as many as 70% of people have feelings of imposter syndrome at some point in their lives.

Counter those misperceptions by paying closer attention to how you feel about the role despite your lack of confidence, says Tama Kieves, a Denver-based career coach and the author of Inspired & Unstoppable: Wildly Succeeding in Your Life’s Work.

“If you could do it, and do it well, would it be fun for you? Do you feel good about the people you might work with in this situation?” Kieves asks. “If this is an opportunity that excites you, then that’s a nudge from your gut or your instincts to go for it.”

Procrastinating in your job-search to avoid taking risks

Yes, finding your dream job is a challenge, especially in a tough job market. But there’s one undisputable fact: Countless people get hired every single day, and there’s no reason why you can’t be one of them. True, you might be disappointed along the way, but the eventual payoff will be worth it.

Stagnating in your career because it feels safer than tossing your hat in the proverbial ring is a losing scenario.

Need some inspiration? “Do something you love on the side—experiment, volunteer, take a class,” Kieves says. “Doing what you love changes your brain chemistry. It gives you more energy, more clarity and more ease in everything.” You’ll also enjoy a boost in confidence, which can give you the impetus you need to apply to jobs that will advance your career.

Seeking perfection rather than excellence

Nothing will frustrate you faster than unrealistic expectations, whether you want to make the leap from assistant to executive in a year or want to win a major account on a shoestring budget. Sometimes your best efforts won’t be enough to accomplish a desired goal—and that’s OK. Don’t let it prevent you from learning a lesson and trying again.

Fact is, no one is perfect, and trying to be will lead you to disappointment more times than not. “It will also reinforce the doubts you have about your capabilities, which will have a negative impact on your self-esteem,” says Louise Garver, a Dayton, Ohio-based certified executive resume writer and career coach with Career Directions.

The remedy? Seek out excellence rather than perfection. Recognize that at some point, you’re no longer making progress; you’re just treading water.

Trying to please everyone

There’s no place for people-pleasing in business, especially in leadership positions where tough decisions have to be made. Not every move you make is going to be met with applause, but that’s just par for the course.

If you try to please everyone, you’ll inevitably wind up making concessions that could hurt the business, Wheatman says. Sometimes, those decisions are going to make people unhappy. Welcome to reality.

You do, of course, want your employees and co-workers to be happy and invigorated, she says, but it can’t come at the expense of what you know is right for the company.

Hiding from problems instead of confronting them

You were passed over for a promotion. Your boss won’t agree to give you a raise. You’ve hit a career plateau. Waiting and hoping that a problem just goes away rarely works. If you hide from problems because confrontation makes you uncomfortable, you run the risk of making things worse.

“You can begin to resolve a lot of problems by just talking about them,” Wheatman says. “But instead of getting it out there and resolving the issue, people wait and wait until it becomes a much bigger thing than it would’ve been.”

Grab some time with a trusted friend or mentor, and explain why you’re feeling frustrated at work. By discussing the problem out loud, you’ll be able to piece together the steps needed to find a resolution. Plus, having another person’s perspective can help you see things that you otherwise couldn’t.