This is what you’ll learn at coding bootcamp

…and it may actually lead to a job. 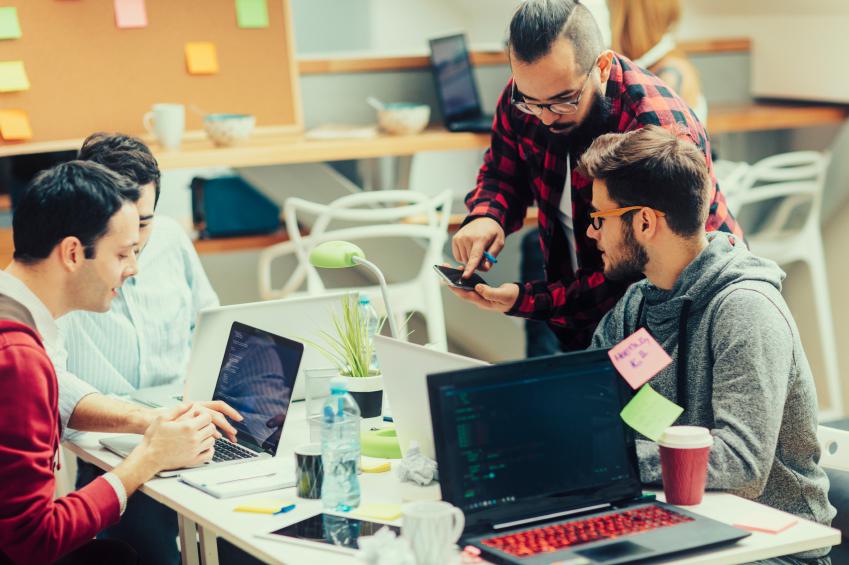 Tech bootcamps promise to turn you from a garden-variety coder into a job-ready programmer in a matter of months. While nearly non-existent a decade ago, today there are over 70 in-person tech bootcamps in the United States and abroad. Each one varies in terms of which programming languages are taught and what level of experience is already required to enroll.

While the promise of a six-figure salary after only a few weeks of study—however intensive—is an alluring one, how many people really get jobs after graduating from coding bootcamp? And what does it cost to even enroll? Get the facts before taking the plunge into the tech world’s farm leagues.

The market for bootcamps is growing increasingly saturated, with a slew of programs all competing for your interest—and no two offer quite the same skill set.

For example, General Assembly, a bootcamp with 15 locations around the world, focuses on web development and user experience, primarily utilizing JavaScript, Ruby on Rails and HTML/CSS.

App Academy, which has locations in San Francisco and New York, is a laboratory-style coding program where the majority of time is spent on actual coding projects. There’s a focus on Rails, but the school also teaches students JavaScript and HTML/CSS.

New York’s FullStack Academy, meanwhile, focuses on people who already have an intermediate level of programming knowledge and prepares them to be software engineers. Another program, Hackbright Academy in San Francisco, is women-only and focuses on Python and the web framework Flask.

Hacker school is not cheap. Tuition averages around $12,000, but can get up to $15,000 or more. Still, that’s significantly less expensive than the $200,000 it will cost to graduate from a four-year, top-tier private university in computer science.

This is assuming you got in. Coding bootcamps are highly selective. After all, they want motivated students who will work hard, succeed, find employment and ultimately bring a good reputation to the school. General Assembly and App Academy both have acceptance rates of 15%. Dev Bootcamp, one of the first coding bootcamps, is slightly less exclusive, with an acceptance rate around 60%.

Many coding bootcamps offer financial aid or scholarships, usually geared toward veterans, women and minorities. A few are free or have unique tuition models. For example, App Academy does not charge tuition, but instead asks for 18% of graduates’ first year salary. Graduates who can't find jobs don't have to pay.

What you’ll get out of it

So, what are your chances of actually getting a job after graduating from bootcamp? In its 2015 Alumni Outcomes & Demographics Survey, Course Report surveyed graduates from 44 coding schools, and found that 66% of graduates reported being employed full-time in a job requiring the skills learned at bootcamp. However, another 21% reported being unemployed—the rest were freelancers, part-time workers or self-employed. Additionally, the average salaries were not the six-figures that some coding bootcamps promise. For those employed full-time, the average salary was $67,188.

It’s common sense: No program, however intensive, can truly promise that completing it will result in gainful, ultra-lucrative employment. But that’s no reason to write off bootcamps completely: Most offer job assistance or internship placement as part of the full package, while others have career nights and networking events where students meet recruiters and hiring managers. Some also have hiring partners or provide career services like resume reviews and mock interviews.

Once you’ve graduated, where should you focus your search? Keep an eye on the openings at large and established companies, like Facebook. These employers can afford to invest in junior engineers and pair them with a senior staffer for continued mentorship. They can also use tech bootcamp graduates’ lack of experience to their advantage, molding them and teaching them to write code in their own preferred style.