You goofed. Follow these five ways to do your own damage control. 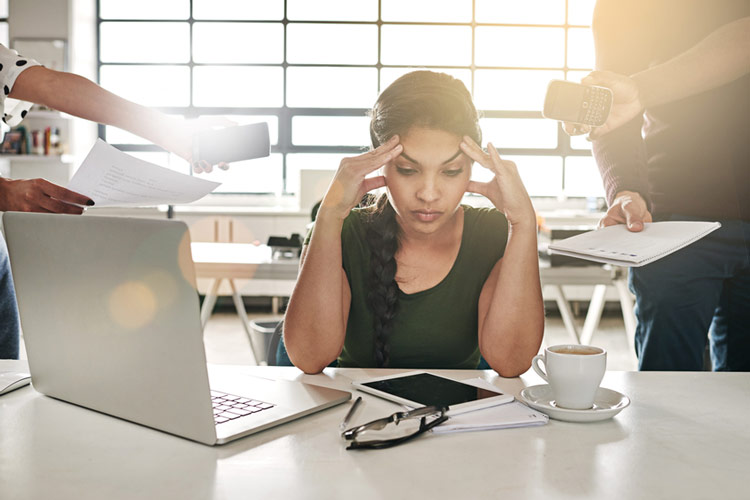 Nobody's perfect, but the workplace is not exactly where you want to prove that point. So what happens when you make a mistake? If you don't seal a deal? Or you lose a big client? Or you make an accounting error that costs your company thousands of dollars?

Don't stand by and watch your career crumble. Take control by using these tips to get into and get over what you did wrong.

Five ways to recover from a mistake

While many of us would prefer to forget our mistakes, initially you need to acknowledge to your supervisor and everyone involved that you're accepting responsibility for what went wrong. "If you see something has gone awry, be sure to be proactive," says career strategist Daisy Swan. "Talk to the people you report to and with and be up front with what happened."

Jason Seiden, author of How to Self-Destruct: Making the Least of What's Left of Your Career, agrees that mistake-makers must act quickly. "Own it the right way, he says. "Call your boss, take ownership, tell her what you are about to do and then call her boss. Acknowledge the mistake, tell your boss's boss you didn't want her to find out second hand or from an end-of-week report, but you wanted her to know from the horse's mouth at the first possible moment."

Depending on your error and your position, you'll likely have to express remorse to others at your organization. "There is a school of thought that says, 'Never apologize,' but I'm not of that school," Seiden says, who blogs about professional development.

If you act contrite in the right way (that is, seriously and sincerely), you'll have to do so only once. After apologizing, he urges professionals to "face forward and never look back—and never let anyone else drag you backwards, either."

You may get teased by from co-workers for a long time to come. Accept gentle ribbing with a wink and a smile. However, don't take blatant abuse from someone who can't get past what happened.

"If you get teased, spar, extinguish it with a one-time apology, or find a new place to work," Seiden says. "If all you do is accept the teasing, you will get bumped to the bottom of the food chain and that will make you totally ineffective. Get yourself back to fighting shape as quickly as possible."

4. Learn from the past

Solicit advice from your boss and trusted associates to help you analyze what went wrong and how you might've avoided the error entirely.

"Put together a plan to make sure such a mistake won't occur again, and meet with your boss and your boss's boss to review it," Seiden says. They'll appreciate that you're putting safeguards in place that can help the entire organization. Be sure that you focus on your own performance and responsibilities so as to avoid blaming or burdening others.

5. Reflect for the future

In closing the loop after a mistake, take some time to reflect on the big picture. Aside from the nuts and bolts of your mistake, consider the circumstances that surrounded it, such as workplace stress or even apathy. If you've made a major error on the job, "it may reflect a lack of attention and interest in what you're doing," says Daisy Swan, founder of Daisy Swan & Associates.

"This is a big period of questioning for so many people with regard to their work," says Swan. "While a lot of people are telling themselves to be grateful to have a job, they're also pondering what they're doing with their lives and evaluating if the work they are doing is right for them." If you're not engaged and feeling disillusioned, start to look for a new job that will hold your interests.