How to Deal with Gaslighting at Work

This behavior invalidates what you know to be true, and can make you feel powerless. Stop it in its tracks. 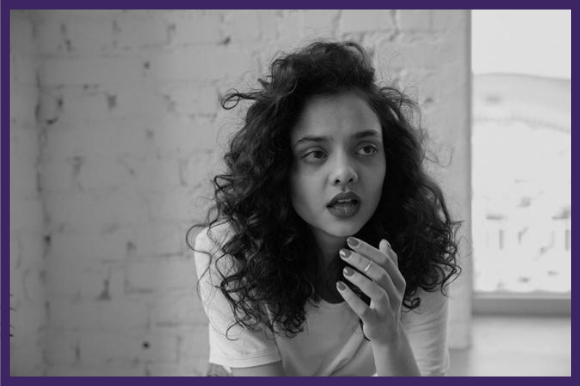 Gaslighting at work needs to be taken seriously.

Did you ever feel like you were losing your mind at work because someone insisted that a conversation took place with you that you have no recollection of? Is it possible you really did say that you would finish up a project even though you knew you had to get out by 5 p.m. to make it to your kid's soccer game? Chances are, you experienced gaslighting at work.

Gaslighting is when someone insists on something you know to be false, thereby making you doubt your own recollection. This tactic is deliberately played out over time, so the victim is less likely to catch on to the deception being forced upon them. The term comes from the 1938 play Gaslight, wherein a husband deludes his wife so completely, she questions her own sanity to the point of madness.

In some ways, gaslighting is a form of psychological manipulation and bullying in that it invalidates what you know to be true, and can make you feel powerless. Gaslighters are excellent at twisting the facts and taking real information and using it against others.

When there's gaslighting in the workplace, it will most likely be done by someone in a position of power and authority, or someone who is well-liked, making the victims less likely to call out this toxic co-worker. And the more it goes unchecked, the more you can end up second-guessing yourself as to what is reality and what is not.

Here's what you need to know about gaslighting, and what you can do to stop it if it should happen to you or a team member.

How to Recognize Gaslighting at Work

There's a big difference between someone who's a micromanager or nitpicks your work, and someone who is a gaslighter. The gaslighter doesn't want you to improve or succeed—they're out to sabotage you. They will accuse you of being confused or mistaken, or that you took something they said the wrong way because you are insecure. They might even manipulate paper trails to “prove” they are right.

How to Expose a Gaslighter

Keep meticulous records. Put every verbal conversation or encounter with that person into an email saying something like, “Just to recap, here is what we spoke about.” Then list the bullet points. If you are gaslighted, keep written records of that, too, so that you have notes in case you decide to report it.

Try to speak with the suspected gaslighter. It is possible that there have been some legitimate miscommunications or that your supervisor is a bit overstretched and is not intentionally gaslighting you.

You can try having an honest conversation about how you feel and show proof and share examples of when you've felt like you were gaslighted. Just don't expect an admission of guilt if the person is purposely gaslighting you—if anything, they will become even more adamant.

The good part of this outcome is that you can document that conversation as another example should you decide to pursue a complaint.

Enlist others. Chances are if someone is gaslighting you, they may be doing it to your colleagues as well. Make sure you confide in people that you trust and feel them out. If others are in agreement that someone is engaging in gaslighting in the workplace, perhaps you can get together to compare notes and consider a sit-down with HR.

Take it to the next level. Follow your company's procedures for reporting harassment, whether it's going to that person's boss, or going to the HR department. Bring all of your documentation, and if you have others in the same boat, ask if they'd be willing to come with you.

Move on. Hopefully, you will be able to get some kind of resolution, but if the company doesn't back you up, you should probably consider a new position. Yes, it's very unfair, but staying in a toxic environment isn't good for your sanity or health.

Out of Gas? Refuel Your Career with Monster

Could you use some help taking the first step to a healthier work environment? Join Monster and share your resume with recruiters for free. Dealing with gaslighting at work is exhausting, and you don't have to put up with it. We can help you find a better fit.