Why complain when you start your career making six figures? 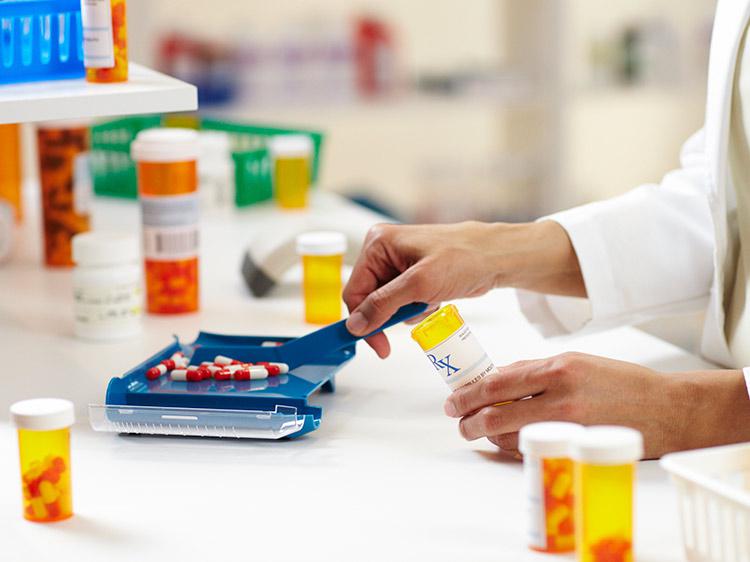 Pharmacists, October is your month.

Pharmacists dispense and package prescription medications to patients and offer expertise in the safe use of drugs. They may also conduct health and wellness screenings and provide immunizations.

While the Bureau of Labor Statistics only projects pharmacist jobs to grow by 3% by 2024, there is an increase in the number of prescriptions filled each year, according to the Journal of the American Medical Association. That means—you guessed it—more jobs for pharmacists.

Although the path to become a pharmacist isn’t an easy one—get ready for six to eight years of school and a state-administered exam to get your PharmD—Rick Moss, a former practicing retail and hospital pharmacist, says it’s an incredibly rewarding career. Monster spoke with Moss, vice president of pharmacy recruitment and staffing at United Pharmacy Staffing, about some of the perks of the being a pharmacist.

Even when they’re starting out, pharmacists are practically guaranteed to take home a sizable salary.

“You start off at a pretty good salary compared to other professions,” Moss says. “The downside is your income doesn’t really grow from there.”

2. Your hours are flexible

Hours can be very flexible, as pharmacists are typically in demand around the clock—so you’ll have the option to work second shift, weekends or part-time. In fact, according to BLS data, one in five pharmacists work part-time.

But if you would rather do more of a 9-5 thing, that’s an option, too.

“Hospital pharmacists generally work an 8-hour day, “ Moss says, “but a lot of retail pharmacists work 12-14 hour days. They open and close. That’s how they get a day off.”

3. You’ll be respected for your profession

Pharmacists are one of the most highly respected and trusted medical professions. According to a 2015 Gallup Poll, pharmacists ranked as the No. 2 most honest and ethical professionals (behind nurses) and their honesty and ethics were rated as “high” or “very high” by 68% of Americans.

And rightfully so. To be a practicing pharmacist, Moss says your record needs to be pristine.

“If there’s any kind of professional blemish—and it could be as small as not renewing your continuing education requirements or as major as a DUI—the Board of Pharmacy maintains a very accessible database on every pharmacist,” Moss says. “Although you can get your license reactivated, that information is out there and is never removed from the database.”

When reviewing candidates, Moss says the database is the first thing he looks at.

“Almost all employers will rule a person out if there’s any kind of blemish on the database,” Moss says. “Pharmacists have to live a clean and morally-focused life. True integrity is really important.”

If blood makes you squeamish, consider the pharmacy counter your safe haven. Pharmacies tend to be very clean, well-lit and well-ventilated, not to mention neat and organized places.

“A lot of people who get into the medical field are getting their hands dirty, whether they’re dealing with wounds or bedpans,” Moss says. “Pharmacists work in a much more sterile environment.”

The majority of pharmacists (54% according to BLS data) work in grocery stores like Kroger and Walmart and drug stores like CVS and Walgreens, but they can also work in a variety of other settings.

“You’re not counting pills; you’re drawing medication with a syringe for IV bags,” Moss says. “There’s also a much greater sense of being part of something when you’re working in a hospital pharmacy.”

Not a people person? Moss says you might want to consider a “closed door” pharmacy, perhaps in long-term care, like OmniCare or Guardian Pharmacy, or a nuclear pharmacy, like Zevacor Pharma or Siemens, where you won’t have to interact with patients.

Long-term care pharmacies are centralized locations that prepare medications dispensing formats, like blister packs, to be shipped for use in a nursing home,” Moss says. “Nuclear pharmacies handle radioactive materials primarily for diagnostics.”

A script for a new job

Ready to start looking for a new job but not sure how to take the first step? Join Monster for free today. As a member, you can upload up to five versions of your resume—each tailored to the types of pharmacy jobs that interest you. Recruiters search Monster every day looking to fill top jobs with qualified candidates, just like you. Additionally, you can get job alerts sent directly to your inbox to cut down on time spent looking through ads. Think of it as filling a prescription for a career boost.