How long should you stay at a job?

Ask yourself these questions to determine if you current job is past its expiration date. 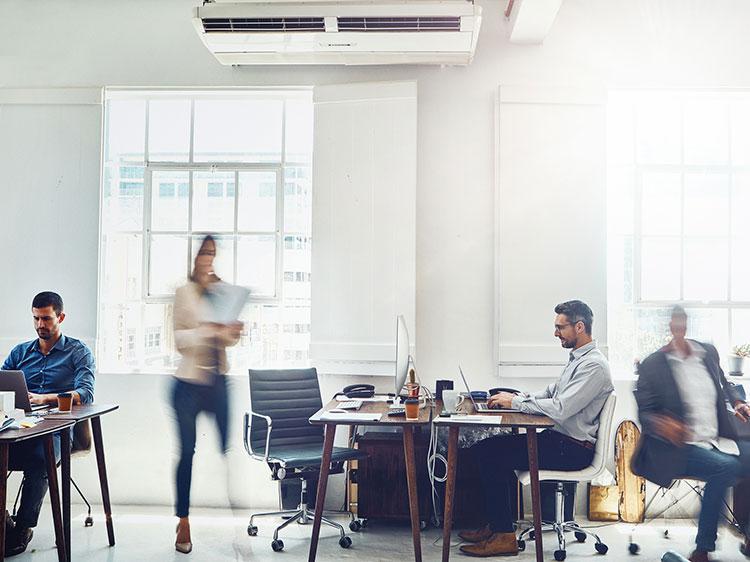 What's an acceptable amount of time to work a job?

You may have heard that job-hopping—consistently changing jobs every one or two years—doesn’t have the stigma that it once did, but that’s only partially true. While it’s accurate to say that it’s less common for people to stick with one employer for decades, that doesn’t mean it’s acceptable to switch jobs willy-nilly.

How long do people tend to stay in their jobs?

That being said, four years can seem like a lifetime if you’re spending every workday feeling underpaid, unappreciated, or unfulfilled—so don’t feel like you absolutely must  stay that long. But before you say goodbye to your boss, you’ll want to consider what messages the dates on your resume are conveying to prospective employers.

“If you leave one job within a year on your own, it doesn’t look too bad. But if you have many non-contract, full-time jobs that didn’t last a year, it’s a bad sign regardless of why you left,” says James Philip, founder and managing director of JMJ Phillip Holdings, an executive search firm.

That’s because turnover is one of the biggest expenses that a company can have, meaning hiring managers are less apt to choose candidates who have a track record of not sticking it out.

How long should you stay at a job?

In an ideal world, you should try to stay at each job for a minimum of two years, according to Amanda Augustine, career advice expert for TopResume.

“Between the time and money it takes to find the right candidate, and the investment made in ramp-up, no employer wants to make a hiring mistake and see their new employee walk out the door,” she says.

Besides the dollar factor, the other big issue is that recruiters and hiring managers might cast doubts on your employability if you have more short stints than long ones. “Employers will begin to question your judgment, your career goals, and your performance as an employee,” says Augustine.

What if you’re stuck?

So what happens if you’re currently dealing with a horrible boss, severe workplace stress, or simply have a change of heart about the type of work you want to do? “If all signs indicate you made the wrong choice when accepting a certain job,” says Augustine, “there’s no harm in getting out of there.” That is, as long as it makes sense in the context of your overall career goals. And be sure to start your job search as soon as you’re having doubts.

Questions to ask before job-hopping

What does the rest of your job history look like? In other words, is this the first time or the fifth time that you’re unhappy at a job? The problem arises when it seems like there’s a pattern of short stays, says Philip. “I would say among our 500 clients, three jobs in 10 years is what they are OK with. They want to see you stayed at one job at least three to five years because it says you’re somewhat stable,” he adds.

What is acceptable in your industry? “Different industries and functions view job hopping differently,” says Augustine. For instance, it’s more commonly accepted that professionals in advertising, technology, or those in start-up environments will move around more frequently, she says.

Do you have job prospects? Ideally, if you can hang in there until you have another job lined up, it puts you in a stronger negotiating position. “You can take a risk and leave, but keep in mind you’re often worth less on the job market when you’re not currently employed,” says Philip.

How old are you? Employers are more forgiving of professionals who jump from job to job early on in their career when they are still discovering the right path, says Augustine. As someone becomes more seasoned in their career, however, prospective employers will expect you to know what works best for you and thus they will be less willing to bend.

How to put a positive spin on short tenures

If you end up with a couple of short-term gigs in your work history, it doesn’t necessarily mean your job hunt is doomed. Just be prepared to adjust your resume and then talk your way through it. The following strategies can help you tell a compelling career story.

Describe what you’ve learned from your job experiences. “Discuss how each job helped you to clarify your career goals and identify exactly what you’re looking for in a company and position,” says Augustine.

Focus on the upsides. If you left a job because of a terrible boss or poor treatment, try not to sound too bitter about it. “No one likes a negative person, especially when your potential future employer is interviewing you,” Philip says. Instead, say something like you felt misled about what the position entailed, or you realized early on that it wasn’t a good fit since their values didn’t align with yours.

Redirect the conversation to the future. “Emphasize your desire to find a company where you can put down roots and truly grow,” says Augustine. Then, make the case as to why the company considering you is the right place.

No matter how badly you want to leave your job or move onto something bigger and better, you don’t want to be branded a serial job-hopper, says Augustine. When in doubt about the right time to leave, try to stay long enough so that you can at least say you learned a new skill or gained valuable experience that will benefit your next employer.

Sitting in the same job past your expiration date isn’t going to do you any good. Take the initiative to see what other opportunities are out there. Need some help getting started? Join Monster today. As a member, you can upload up to five versions of your resume and cover letter—each tailored to the types of jobs that interest you. Recruiters search Monster every day looking to fill top jobs with qualified candidates, just like you. Additionally, you can get job alerts sent to your inbox when positions become available. You’ve got a whole lot more to offer.