How Do You Deal With Annoying Co-workers?

Get this job interview question right, and maybe you’ll find yourself in a new job with less annoying co-workers. 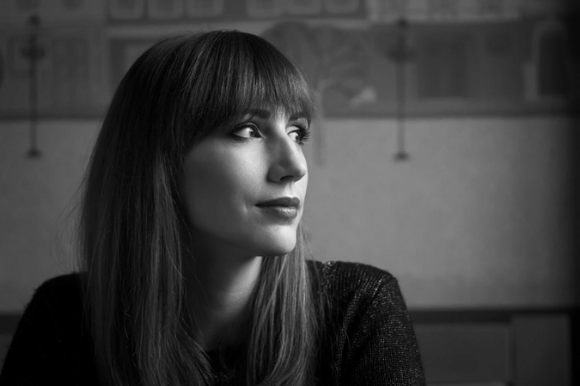 Yes, you still have to get along with annoying co-workers.

It may sound like a question from an online dating profile, but when job interviewers ask how you deal with annoying co-workers, they’re trying to assess how you will get along with your colleagues and clients, and how your personality will fit in with the company culture. Unfortunately, you can't completely avoid people who annoy you.

Think about it. Almost every company has that one worker who types like their fingers are hammers. Or who is a chatterbox. Or who’s excruciatingly perky and chipper at all hours. Or who argues with their significant other on the phone loud enough for the entire floor to hear—daily.

Annoying co-workers are a fact of life. They mean no harm, but they can drive you batty, which can make doing your actual job a lot more difficult than it needs to be. Still, you have to push through and get your work done. Interviewers want to know you won’t let a little thing like a loud chewer sabotage your duties.

Hiring managers are trying to gauge if you’re easily irritated, if you’re adaptable, and if you're a good fit for their organization.

Makes sense, no? But to ensure you don’t answer this question by unloading every habit you find annoying in others, you need to do some preparation. Use the following tips to focus your answer on something that won’t scare off a prospective employer.

Be Upfront About What Bothers You

Think of all the different types of personalities that exist in a single workplace. Annoying people come in many varieties. Then consider that everyone is annoyed by something, and when the pressures of work begin to mount, the irritations can start to interfere with teamwork and productivity.

Don’t play dumb and tell the interviewer there are no types of people who annoy you. Even the most patient people will find themselves frustrated with co-workers at one point or another, so you need to describe a moment when you’ve been legitimately annoyed at work. (It likely won’t take you too long to come up with something.)

Fact is, some things are genuinely irritating, for example employees taking credit for your work.

You say: “It doesn’t happen often, but I really get irritated when one person hogs all the glory on something that was a group effort. I believe in giving credit where it is due and fairness within a team dynamic.”

Show You Aren’t Bothered by the Little Stuff

Legitimate grievances are different from personal peeves; in the grand scheme of things, someone who bites their nails is less of an issue than someone who misses every single deadline given to them. Employers don’t want to hire people who are going to be irritated by every little thing, so you need to give an answer that shows the little stuff won’t get to you.

Working alongside other people isn't easy, but people who are easily annoyed or who are difficult to get along with create create more issues down the road.

Also, you want to avoid sounding like you aren’t able to work with people who operate differently than you do. Avoid coming off like you're impatient or lack understanding toward others.

Maybe you’re most productive in the mornings, but your co-worker really picks up in the afternoon. This shouldn’t derail the team. You need to adapt to different working styles, otherwise you’re the annoying one.

You say: “I’m bothered by big mistakes or problems that have team impact. For example, it would bother me greatly if a co-worker were to miss an important deadline on a team project. It’s unfair to the people in the group who made their deadlines.”

Demonstrate Your Patience When Handling an Annoyance

Lastly, you must demonstrate that you handle annoying co-workers in a calm and productive manner. Nobody likes a complainer who doesn’t take any action to fix the situation.

Most interviewers who ask this question are looking to see if you're positive and solutions-minded, which is code for being a strong communicator. It is important not to be too harsh or too much of a people pleaser.

Meaning, shouting or putting down someone is both rude and unhelpful, no matter how annoying they are. Instead, it’s best to explain how you listen to others when there’s a misunderstanding. Give an answer that shows you prefer to discuss your irritations and find a point of agreement with others, rather than simply remaining annoyed or running to the boss to whine without first attempting to solve the issue yourself.

You say: “Because I know I get irritated when co-workers miss deadlines, I try to always make sure goals are clearly communicated to everyone on the team. I also like to implement regular check-ins to make sure we’re all on the same page, rather than waiting until the end to see if there’s a problem. If the deadline is missed anyway, I try to find out what I can do differently next time so the problem doesn’t repeat itself.”

It's not easy to get along annoying co-workers, but in the workplace, you have no choice if you want to keep—or in this case get—a job. Showing hiring managers that you're good natured, even in the face of people who annoy you, is a step in the right direction, and you want your other answers to back up that claim. Could you use some help with that? Monster can send you free interview insights so you can prepare answers that are both congenial and compelling.