Dream job: How I became a data scientist 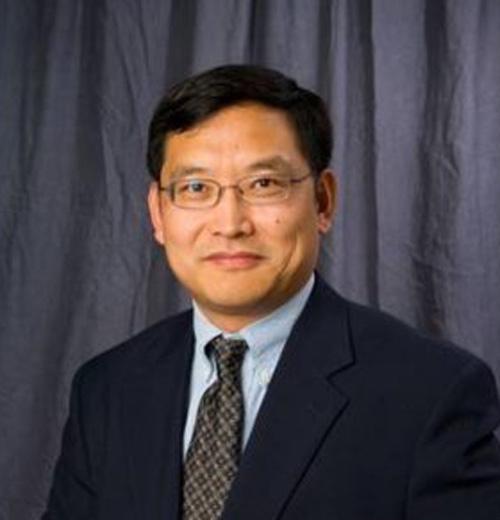 While sifting through large data sets may seem daunting for some, Shanji Xiong finds it thrilling. What he loves most about his job—as global chief scientist for California-based Experian DataLabs, which helps businesses solve strategic marketing and risk-management problems using data analysis—is that he gets to use data to impact business and people’s lives.

“It’s fun because data is alive,” says Xiong, 54. “It talks to you and is always trying to tell you something about what is going on out there.”

An estimated 2.5 quintillion bytes of data is created every single day, according to IBM, and it’s up to people like Xiong to extract meaningful insight from numbers and information points that will empower business leaders to make smart decisions.

As the amount of information available has grown, so has the field of data science. The number of data science jobs is projected to rise 15% by 2022, reports the Bureau of Labor Statistics. These jobs pay a median salary of $91,000, according to PayScale.

We spoke with Xiong to get an inside look at what it takes to be a data scientist.

Although he only knew how to code when he first started as a research scientist for Los Alamos National Laboratory, a lab that seeks to solve national security challenges through science, in 1990, Xiong worked hard and learned as much as he could about data science. He pursued his bachelor’s degree in mechanics, master’s degree in structural dynamics, and Ph.D. in engineering mechanics from Columbia University in 1993 to help him build a solid background in data science.

When he’s not traveling to one of the regional data labs in San Diego, London and Sao Paulo , he spends most of his time checking data and training models to ensure operations are running smoothly. His hours, usually 9 p.m. to 7 p.m., are dedicated to client communication technical discussion and reviewing results. On occasion, he will travel internationally—but often will opt for video conferencing with teams and clients.

Xiong attributes dedication, hard work and a good business sense to his success in moving up the corporate ladder. “To be successful, a data scientist needs to cross the bridge between science and business,” he says. “Advanced technology and algorithms are powerful, but they can’t replace or substitute good intuition and a deep understanding of the business aspects of the problem.”

He says prospective data scientists must have a deep understanding of “statistical and machine learning algorithms”—that is to say, mathematical formulas that can learn from data and make optimized decisions about complex problems. At the very minimum, data scientists must be proficient in at least one programming language—Python is a top choice, he says—to be able to test ideas and algorithms efficiently.

“Once data scientists have a model, they always ask themselves, ‘Does the model make sense?’” he says. “What could be wrong? What test can I do to confirm and verify my hypothesis?”

Since data scientists are often addressing complex challenges at a large scale, one of the biggest challenges is to identify the right problem to work on. The key is understanding whether the problem will have a significant chance of impacting the client’s business and if it’s solvable.

“The ability to identify the right problem requires knowledge about data and analytics, creativity and communication with the client,” says Xiong.

First, data scientist hopefuls must master basic algorithms in statistics and machine learning, which Xiong suggests learning through online courses such as Machine Learning, Learning From Data, and Principles of Autonomy and Decision Making. Then try to master at least one programming language, such as Python or R, he says.

Xiong advises prospective data scientists put theory into practice by working on a real data science project, as well as becoming an expert in the business problem you’re addressing.

“Technologies and algorithms are just tools to solve real-world problems,” he says. “Deepening your understanding of the business process and the problem is the utmost important aspect in designing and developing an effective data science solution.”