How I became a Hallmark greeting card writer 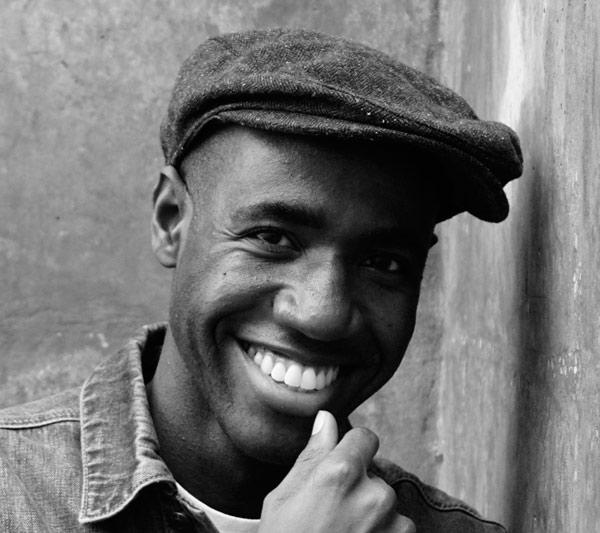 Keion Jackson, 29, says empathy is a big part of being a greeting card writer.

Growing up, Keion Jackson always looked forward to opening birthday and holiday cards—although he wasn’t necessarily captivated by the messages inside. “When I was little, I assumed all greeting cards had money in them,” says Jackson, “money that would support my Hot Wheels habit.”

His perspective changed around the age of 12. “I started to hear the messages differently,” says Jackson, adding that cards from his mom—which he’s saved—began to resonate on an emotional level. And that’s exactly what made him a perfect fit for the greeting card industry.

Jackson, 29, is now a senior writer at Hallmark Cards in Kansas City, Missouri, where he spends his days writing copy for greeting cards. Whether Jackson’s focus is on birthdays, weddings, Christmas, Father’s and Mother’s Day, or even St. Patrick’s Day, his goal is to stir the emotions of the card’s recipient. “Empathy is a big part of being a greeting card writer,” he says. “It’s important to see the humanity in other people, respect their life experiences and write to their reality.”

For aspiring greeting card writers, the $8 billion industry offers various points of entry, from having your own small Etsy shop and working at a boutique greeting card company to joining a large card manufacturer, like Hallmark or American Greetings. Compensation varies from publisher to publisher, according to the Greeting Card Association, but in general, writers can expect to receive anywhere between $25 and $150 for a submission that’s accepted.

We caught up with Jackson to find out what the greeting card business is really like. (Hint: it’s a little different than Joseph Gordon-Levitt’s character’s job in 500 Days of Summer.)

Jackson began writing poetry, short stories, plays and song lyrics in second grade, and it was a passion that stuck with him. He later studied mass media arts at Clark Atlanta University, where he honed his ability to create condense content and write copy that appeals to a broad audience—skills that directly translated into becoming a greeting card writer.

A post-graduate internship at Hallmark led to a full-time job at the company in September 2008.

Writing assignments typically trickle in on Mondays. Once Jackson finds out his topic, whether it’s a holiday or a consumer need (e.g., a “get well” card), he begins researching the subject. “It’s important to be aware of what’s happening culturally,” says Jackson. “If I’m on a parenting project, I need to know what the trends are. What values do today’s parents want to instill in their children? Is parent-child communication different than it was five years ago?”

Then, the writing begins. The trick to keeping the creative juices flowing? “I write and snack and snack and write,” says Jackson. Once he completes a draft, he submits the work to his editor. “If the feedback is good, I celebrate,” he says. Sometimes, though, it’s back to the drawing board. “If the feedback is not so good, I try harder and hope something resonates.”

The goal is to write a message that’s so funny or heartwarming that it gets accepted into Hallmark’s writing database, where it might be selected to go on a card and eventually be sold in stores.

It’s important for the writer to have an individual voice, says Jackson. “It’s not just about saying ‘Happy Birthday,’” says Jackson. “It’s about being creative and finding a new way to spin sentiments [people] have been expressing for thousands of years.” Innovation is crucial: “You need to find a way to turn a phrase that will surprise and delight people.”

The ability to write concise copy is also key. “It’s about getting to the joke fast,” says Jackson, “or if it’s a heartwarming card, getting to that emotional ‘aww’ moment as quickly as possible.”

Sometimes you need to step outside your own head, Jackson says.

The day after a break-up, he was assigned to write a Valentine’s Day card. “Needless to say, I was feeling less than romantic,” he recalls. However, the circumstances pushed him to channel his creativity and focus on the task at hand.

Another challenging part of the job is writing from someone else’s viewpoint. “I’ve written from the perspective of a grandmother [and] from the perspective of a man celebrating his 25-year wedding anniversary,” says Jackson, who has never been married. “It can be difficult to get into the consumer’s headspace.” But having to step outside your comfort zone is one of Jackson’s favorite aspects of the work. “It’s about service [and] helping people say what they need to say.”

Practice your craft: Write as much as possible, play with different writing styles and pay attention to your surroundings. “It’s not just about studying words published in books,” says Jackson. “Look around. What type of writing is being used on restaurant menus? On Twitter? What type of dialogue is featured on the most popular TV shows? How are your friends communicating?”

Moreover, Jackson recommends practicing writing devices such as rhymed and meter verse, imagery, allusion, metaphors and similes. “It really helps add a degree of artfulness to your work,” he says.