Trucking is a mobile industry—and not just on the road. Is chasing a few more dollars or a couple more miles a good thing? 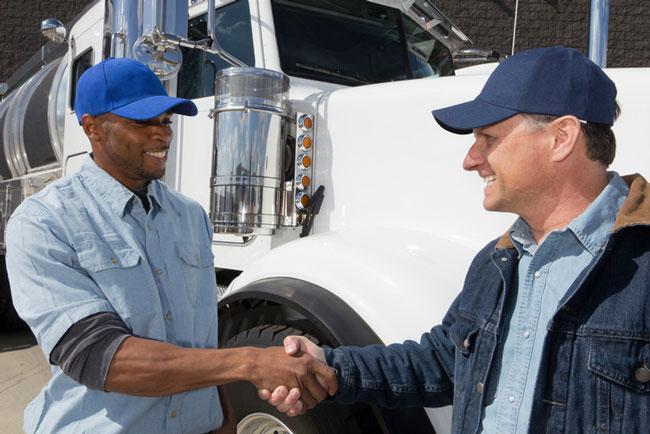 Trucking is a mobile industry—and not just on the highway.

Industry statistics show that many truckers change jobs within a year, pushing employee turnover to more than 100% annually. For example, the annualized rate of turnover for long-haul, over-the-road drivers at small companies (less than $30 million in annual revenues) was 102% during the first quarter of 2007. At large companies, it was even higher: 127%. And those numbers from the American Trucking Associations (ATA) have held fairly steady for the past three years, says Bob Costello, chief economist for the ATA.

“Like any profession, drivers look for the highest pay, the most benefits and the best employer,” says Tiffany Wlazlowski, ATA’s public affairs director. “When the economy is going well, we lose drivers to other professions like construction or manufacturing.” The reason: Quality-of-life issues, such as being home at night.

In 2000, trucker pay dropped below construction worker pay for the first time, exacerbating job-hopping. Since then, carriers have increased pay (though it remains below the construction industry) and attempted to get drivers home more often.

Yet drivers still change jobs almost as often as they gas up. Is chasing a few more dollars or a couple of more miles a good thing? Or are job-hoppers as short-sighted as a trucker in a blizzard?

“I’ve never seen this much turnover in any industry I’ve worked in,” says Greg Perram, a driver recruiter for Summitt Trucking. “Whatever the reason—poor planning by dispatchers, better benefits, whatever—the grass always seems greener over there. And it’s pretty much accepted by companies that that’s the way it is.”

Perram notes that “most successful drivers are willing to stick out the slow times,” but says they are balanced out by others who switch employers “every slow week.”

Companies are clamping down. “If we get an applicant who’s had three jobs in a year, we avoid him,” says Perram. “I had one guy with 21 jobs in three years. We tell them, ‘We don’t want someone with that job history.’ They say, ‘I had to feed my family.’ So there are reasons behind all the switching, but it’s still too much.”

According to Bill Jeter, a recruiter for Henderson Trucking, “this is not a normal job environment. Anywhere else, someone who changed jobs that often would run out of work.”

Costello says, “It’s ironic the turnover is so high. The industry hasn’t been growing robustly lately. This just shows that if you’re a driver with a good safety record, you can find a job anywhere.”

But can you really find a job anywhere if you switch employers frequently?

Industry insiders suggest job-hopping is so common now that employers aren’t surprised to see a number of employers on a resume. How many past employers are too many depends on the company and its needs, and most do not articulate hard and fast rules.

Summitt’s turnover rate, for example, is nowhere near the industry average, says Perram. “We try to offer high miles, a competitive pay package and getting home as much as possible,” Perram says. “In this industry, if you blend those, three that’s the best you can do.”

His company has a good rehire rate, too. “You can come back with us if you find that what’s promised other places doesn’t materialize,” Perram says.

But Summitt does not hire all former employees. “We don’t really want the guy who came in on Friday, handed in his keys and said, ‘I quit,’” says Perram. “And some companies have a blanket policy against rehiring. The better-run companies are looking more closely at work history now, because every new hire costs money.” Those better-run companies, of course, are the ones people should want to switch to.

“Starting out in our industry, everyone’s got a better deal you can jump at,” Perram says. “But once you get five or six years’ experience, things tend to level out. If you’re getting decent miles, you’re better off staying where you are. Think about it: Every time you quit you have to clean out your truck, transport yourself home, sit through three days of orientation with your new company and restock your truck. You’ve taken yourself out of circulation for a week.”

Adds Costello: “The grass is not always greener on the other side of the fence. Freight hasn’t been busting out of the seams, so companies can be choosier these days. They’ve been burned by job-jumpers before. They realize those guys are likely to leave them, the same way they left their last three employers.”

The takeaway? Don’t worry if you’ve done some job-hopping in the past, but once you’ve got some experience under your belt, try to find an employer with whom you want to stay.