These couples fell in love at work and kept it from their bosses, here’s how

Meeting your mate on the job comes with challenges. See how these couples dodged the gossip and made it work at work. 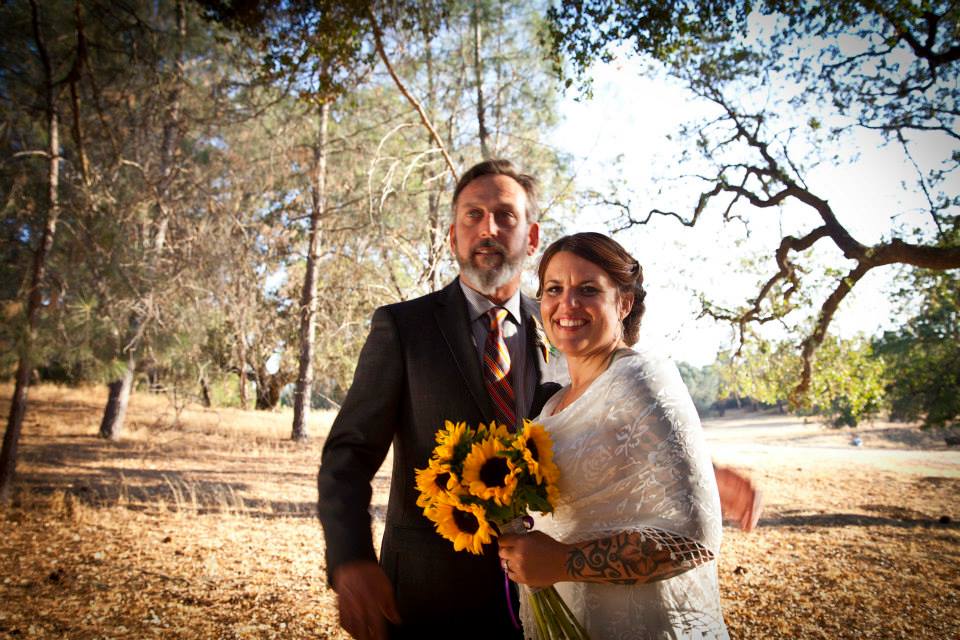 And just consider these high-profile couples who met on the job: Barack and Michelle Obama, Bill and Melinda Gates, and Brad Pitt and Angelina Jolie, among others.

That said, we all know what can happen when romance goes wrong in the workplace. So with love in the air—and around the cubicles this Valentine’s Day—we’ve asked a few couples who’ve made it work at work to share their secrets. 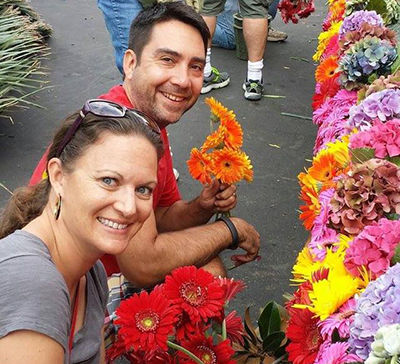 How they met: In 2007, both were working at Citrix, a global software company, in the company’s Santa Barbara, California campus—she worked in human relations and he was in technical operations. Both became involved in the company’s community service activities. But the sparks didn’t fly right from the start. “For me,” Liz says, “the attraction was gradual.” Little things caught her attention, like his enthusiasm in organizing a BBQ fundraiser for the Arthritis Foundation and how good he looked in a suit at a charity dinner. For Boris, Cupid’s arrow struck while they were collaborating on a chalk painting festival. “Once he decided he was interested, he attacked the task of winning me over with the same gusto he brought to his job,” Liz says, emailing frequently, bringing flowers to her desk, rushing out to walk to her home. “His intensity nearly scared me off, but he ultimately won me over.”

How they survived: They kept it quiet at first, which wasn’t too hard in a big company. When it started getting serious, Liz told her boss, who was supportive. Long-time co-workers were another story. “Lots of people thought they knew one or both of us well and had opinions about whether or not we made sense as a couple,” says Liz. The co-workers were won over just as Liz was, and the couple even held had a small engagement party on campus with some other co-workers who were getting married the same month.

Where they are now: They got engaged in 2013 in Switzerland—on a work trip—married a year later and continued working at the same company for a couple more years before Boris landed a job at Nike that brought them to Portland last November. “Even though I see him every morning and night,” Liz says, “I still sometimes miss him.”

Advice for others in budding office romances: Cherish the perks: Convenient lunch dates and walks to break up the day. Someone to talk to about work who understands. A date for company parties who won’t feel out of place. But set boundaries, too. Among theirs? “No kissing on campus,” says Liz. 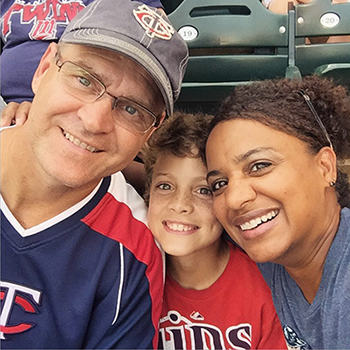 How they met: Mark and Tiffany both worked at Buffets Inc., which operates six national restaurant chains, but in different buildings. He was an HR manager at headquarters and she was a corporate trainer in the training center down the street. Through the course of working together with field managers and hanging out in after-hours gatherings, an attraction grew. “After much flirting, Mark eventually asked me out and we had our first date on Oct. 2, 1996,” Tiffany says.

How they survived: “Given we did not report to the same person, and were in different buildings, we were not too concerned with getting caught,” Tiffany says. Not that it much mattered. Not long after that first date, Mark moved to South Korea to gain international business and HR experience. She visited for two weeks, and not long after he returned to the states. “We dated for two years and were engaged for a year,” Tiffany says. “We married three years to the day of our first date - October 2, 1999.”

Where they are now: “Twenty years later, we are still very happily married and have a 10-year old son,” Tiffany says. They both still work in HR—Tiffany in talent acquisition and Mark in compensation and HR management—but not for the same company. “We are active volunteers with little league baseball,” Tiffany says, “and I volunteer with the Minnesota Society for Human Resource Management.”

Advice for others in budding office romances: Make sure you know whether your company has a policy regarding personal relationship, Tiffany says, “so you can be sure you don’t place your job in jeopardy.” Don’t try to hide it, she cautions. “Colleagues will eventually find out.” And if the relationship has the potential to impact your work, she says, let someone know so it can be addressed through reassignment, transfer to a new manager or location or some other solution.

Janet Brindle and Jay Reddick, 41 and 45 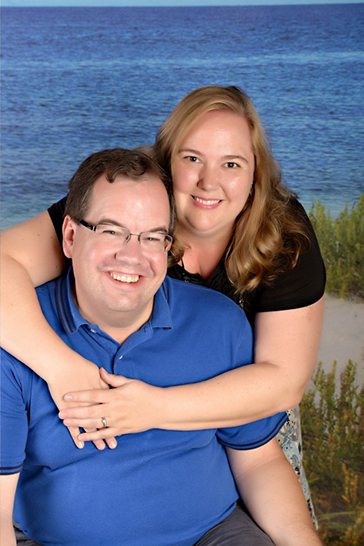 How they met: Jay was a copy editor at the The News & Record, a daily newspaper in Greensboro, North Carolina, when Janet started working there as a reporter in 1998. He met her on her fourth day and was immediately struck by her confidence, smarts and humor, as well as her looks, and asked her out later that day over the company instant messaging system. “This was before cell phones. Before texting. Before Facebook,” Janet says. They had lunch, and 3 months and many instant messages later, they moved in together. Engagement came in just 5 more months, followed by a wedding 11 months later in the park where he proposed.

How they survived: They kept it quiet at first. About a month later, a co-worker said, “You guys should go out. You'd be cute together." After that, they let the news out. It’s not unusual in the journalism world, Janet says: the News & Record alone produced at least 15 marriages in the span of a decade. “Maybe it’s because no one else understood the crazy schedules of newspaper people,” Janet says. “Or maybe there’s some love potion No. 9 in the water at 200 E. Market St.,” the paper’s address.

Where they are now: “Five addresses and three jobs later, as of April 22, 2016, we will have been married for 16 years,” Janet says. After 14 years of working together, they moved to Orlando, where he’s now a production editor at the Orlando Sentinel and she is an associate editor at AAA. They still instant message and, like on one of their early dates, he still eats what she cooks for him, even if he doesn’t like it.

Advice for others in budding office romances: Keep work and home separate. The hardest times, Janet recalls, were when news section priorities clashed. “We each fought for our section,” Janet says. “But we kept that at work.”

Danielle Scott and Brandi Davis-Sanchez, 31 and 26 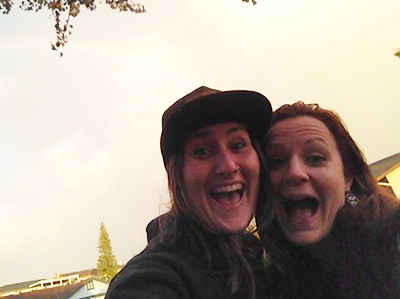 How they met: It wasn’t a typical office romance for Brandi and Danielle. Danielle was working as a fitness instructor at Tantrum Fitness in Grover Beach, California, in 2014 when Brandi was hired as a trainer. After Brandi took Danielle’s class as part of her orientation, Danielle was impressed enough to hire her as as personal trainer. The friendship that developed soon entered unfamiliar territory—”Neither of us had ever dated a woman before,” Danielle says—so both tried to deny their feelings. But one night, a little wine and sake helped the two to get honest with each other, “and a beautiful romance was born,” Danielle says.

How they survived: They kept the relationship under wraps for the first month or so. “We tried to just act like the best friends everyone knew us to be at the gym,” Danielle says. “Not couple-y.” Neither reported to the other, so it wouldn’t have been a problem for their employer, they say. But they say that time was important in helping them build a foundation before the relationship became public—even though they later found out that some people had caught on.

Where they are now: Brandi and Danielle are living together, engaged, and “still blissfully in love.” Danielle says. They also still work together, teaching joint classes where they can use their individual strengths to improve the overall instruction. “We love being able to share not only our love but also our passion for fitness which brought us together in the first place.”

Advice for others in budding office romances: “Be open to love anytime, anywhere,” Danielle says. “It may not look like what you expected.” But also take your time and keep the relationship to yourselves before making it public especially if other people may not approve. “Building that foundation before letting others in was key,” Danielle says. 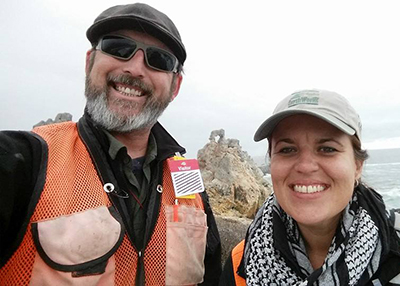 How they met: Erin, a senior archaeologist for Applied EarthWorks, Inc., was managing a large excavation six years ago that required bringing in people from the company’s other offices. Vince, who had worked as an archaeologist for the company on and off for several years, was brought in to help. They began doing things outside work as friends, but realized there was more there on a day trip to check out a new site. “It was the first time he showed me his sweet and genuine side,” Erin says. “Vince typically has to be the life of the party, always showing off. But when it was just the two of us, I got to see the real him.”

How they survived: “We are lucky that relationships between coworkers are not always frowned upon in our profession,” Erin says. Still, they kept things low key at first, opening up only once things got serious. It helped that he was working for a few different companies when they started dating, so there were a lot of times they weren’t actually working together. But when they do, she’s his supervisor, so “we are always aware of how our actions may be viewed by others,” Erin says.

Where they are now: They got married about a year and half ago and now both work full time for Applied EarthWorks.

Advice for others in budding office romances: Remain aware of how your workplace decisions and actions will be seen by other employees, especially if one of you is the boss.  Recognize the good and the bad of working together. “On the good side, we can really relate to each other through our profession and work,” Erin says. On the bad, they sometimes disagree on work subjects, which can lead to fights at home. “We learned early on that we need to NOT bring work home with us.”